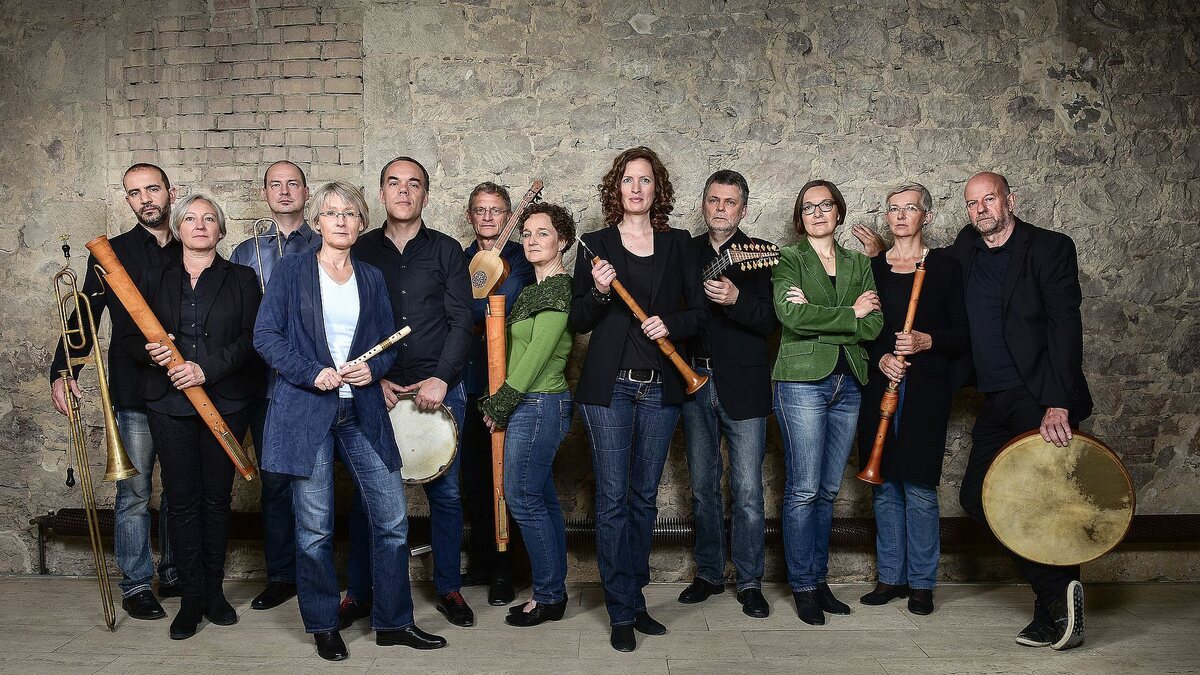 For the fifth time, “Coming and Going” invites you to special concerts in Zittau, Bautzen, Görlitz and other places. The highlight is a folk song show.

From Friday, August 12, the Six Towns Association Festival “Coming and Going” will celebrate its fifth anniversary with cross-genre concerts from early music to electronics, a 3D sound installation and the show “Volkslied3000” at unusual locations such as the Zittau narrow-gauge railway, the Bautzen II memorial and in the Stadthallenpark Görlitz. The Central German baroque composer Heinrich Schütz, whose death is 350 years old, is celebrated under the motto “Leaps in time”.

The festival starts at 3 p.m. with a musical festival train on the Zittau narrow-gauge railway. Capella de la Torre plays for the concert “Heinrich Schütz and his children” with electronic artists. “The ensemble for early music is in demand throughout Germany as a Schütz interpreter and is known for its rich palette of instrumental tones on historical wind instruments such as shawm, pommer, dulcian and cornetti,” the organizer said. The second part of the innovative concert in historical performance practice with electronic recompositions is at 7.30 p.m. in the illuminated monastery church ruins of Oybin.

At the opening of the sound installation “Kaleidoskop der Raumen” by Fabian Russ on August 13, 3 p.m., the Lausitzer Barockensemble immerses itself in music that was played in Upper Lusatia during Heinrich Schütz’s lifetime. A time when art was more central to the citizens of the cities A part of education and representation, but also leisure time can be experienced daily between 3 p.m. and 6 p.m. at the Zittau/Görlitz University of Applied Sciences in Zittau.

The highlight of the five-year anniversary will be the closing event “Volkslied3000. The Show” with Alix Coen and Max Prosa, Die Grenzgänger, Tonia Reeh and João Orecchia and others on August 21, 5 p.m. in the Stadthallengarten in Görlitz. In response to the questions “Do we need new folk songs?” and “If so, how should they sound?”, the festival, together with the Neuköllner Oper and the award-winning Berlin creative studio “KlingKlangKlong”, launched a song competition. Folk song texts were created with the help of artificial intelligence , which composers, songwriters and singer-songwriters have set to music. After a great response, the five winners will be announced on the show and may present their folk songs. Prize money of 1,000 euros awaits.

Admission per concert: 10 euros (free for those entitled to a discount)

The ticket is valid for the Project Pitchfork concert (from 8 p.m.) with a complete supporting program (from 6 p.m.; admission from 5.30 p.m.)

House of Culture in Zgorzelec, 15 Uhr

For the years 2022 to 2024, the “Coming and Going” festival will be awarded concept funding from the Cultural Foundation of the Free State of Saxony.

See also  An event in the Advent tent canceled - how about the rest? | Castrop-Rauxel