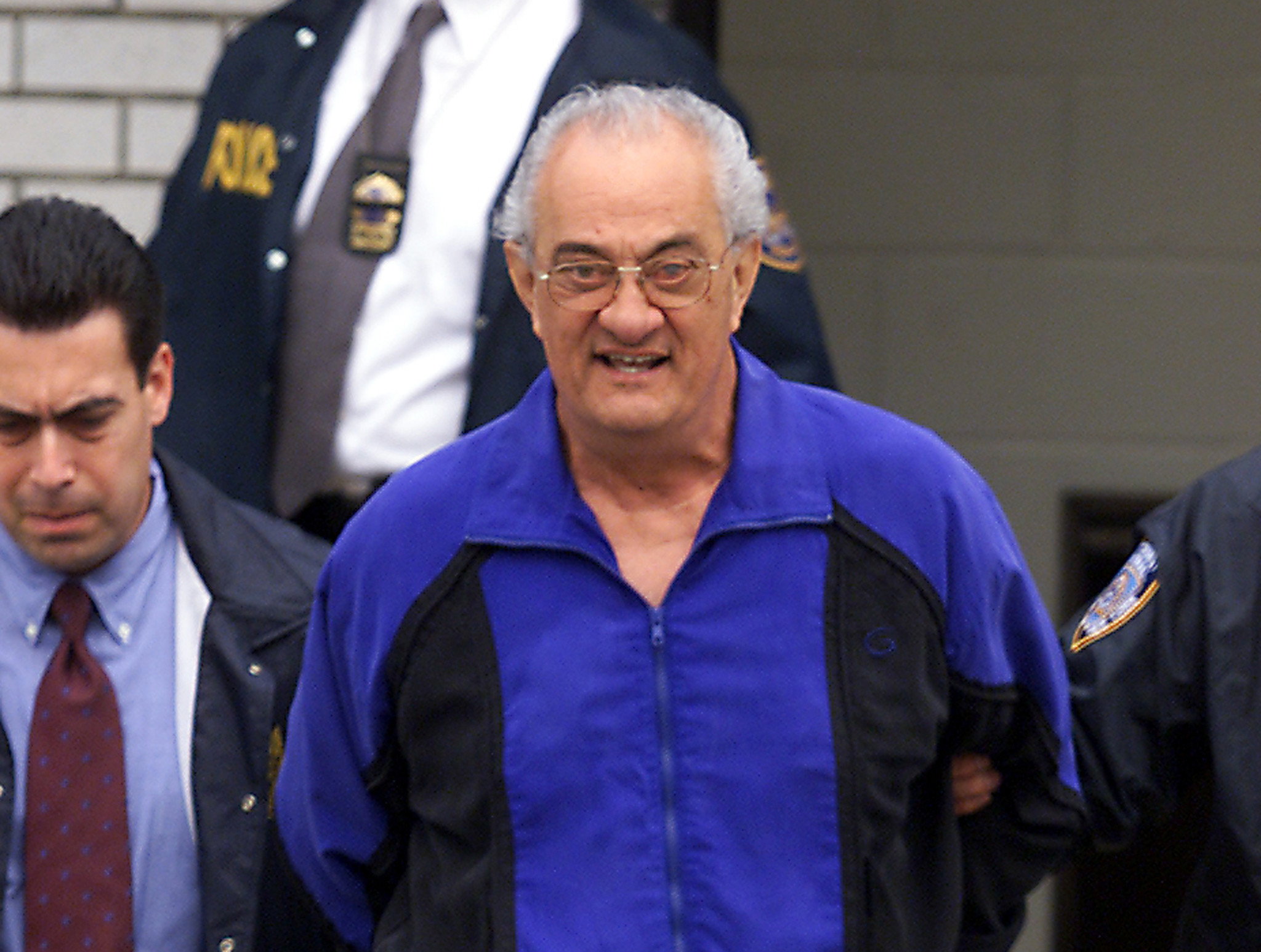 In this file photo of June 4, 2002, Peter Gotti, center, brother of the famous mob boss John Gotti, is escorted out of the Waterfront Commission in the Brooklyn district of New York. In a court filing, a lawyer for Gotti, 79, says his client is trying to shorten his sentence of 25 years in prison due to health problems and make peace after his conviction in 2003 for organized crime and other charges . (Mike Albans / New York Daily News)