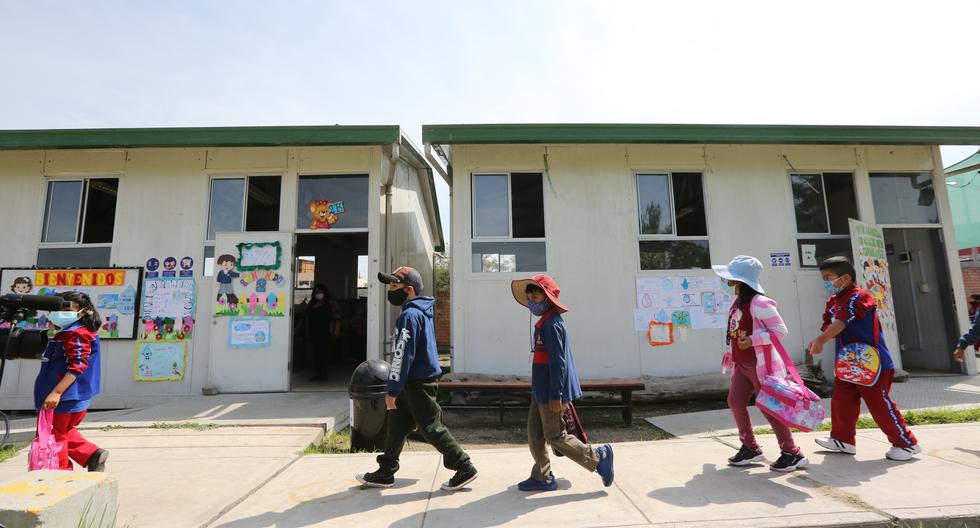 levels of education have been set back at least a decade in Latin America by the impact of the pandemic and there is a risk that a generation of students will be lost if governments do not take urgent action to keep children in school, warned the world Bank (BM).

Due to the pandemic, scores in fundamental subjects such as language and mathematics fell to levels of more than ten years ago: four out of five children in sixth grade (80%) would not have the ability to understand and interpret a basic text for their age compared to 50% who had the same difficulty before the pandemic, according to the World Bank report “Two years later: saving a generation.”

Millions of children and adolescents are at risk of dropping out of school because they have fallen behind in learning, the report released Thursday said, and said such learning losses would translate into a 12% drop in lifetime earnings.

“That means that an entire generation of children is not going to have the basic competence, the minimum competence, to continue learning and to be successful in the labor market later,” said the expert, one of the main authors of the report.

The pandemic has left deep wounds in the region, which despite being home to only 8% of the world’s population, has had the highest average number of global deaths. The regional economy has also been the hardest hit, with per capita income shrinking to levels of a decade ago.

Schools in Latin America and the Caribbean were closed or partially closed for 58 weeks, slightly behind South Asia and North America. In the region, an entire generation of students – some 170 million boys – were left without face-to-face education for approximately one out of every two effective school days, according to the World Bank report.

The report, which clarifies that there was already an educational crisis in the region before the pandemic, highlighted that there were efforts to offer remote education while schools remained closed, either through online platforms, television, radio programs or through networks. social, and even through text messages on cell phones.

READ ALSO: The proposals of the government of Pedro Castillo and that they have done little for education

However, distance education faced many challenges, including imbalances in access to the internet and electronic devices.

The impact has been strongest on younger children, up to fifth grade, and on those from more vulnerable families or with greater socioeconomic difficulties, according to the report.

Di Gropelo said that education was impacted in all countries, although some, like Uruguay, were better prepared technologically before the pandemic and had more moderate effects. In others, such as those in Central America, for example, the blow was greater due to the lack of Internet access and the vulnerability of a large part of its population, he explained.

The study highlighted two major challenges: the return to school so that all children return to school and stay in it, and the recovery of learning, which includes a measurement of the level where each child is, a focus on the most important areas such as reading and mathematics and the implementation of programs and strategies to recover the level.

“The crisis could give us the opportunity not only to recover, and this is urgent, but also to rebuild better than before,” said Di Gropelo.