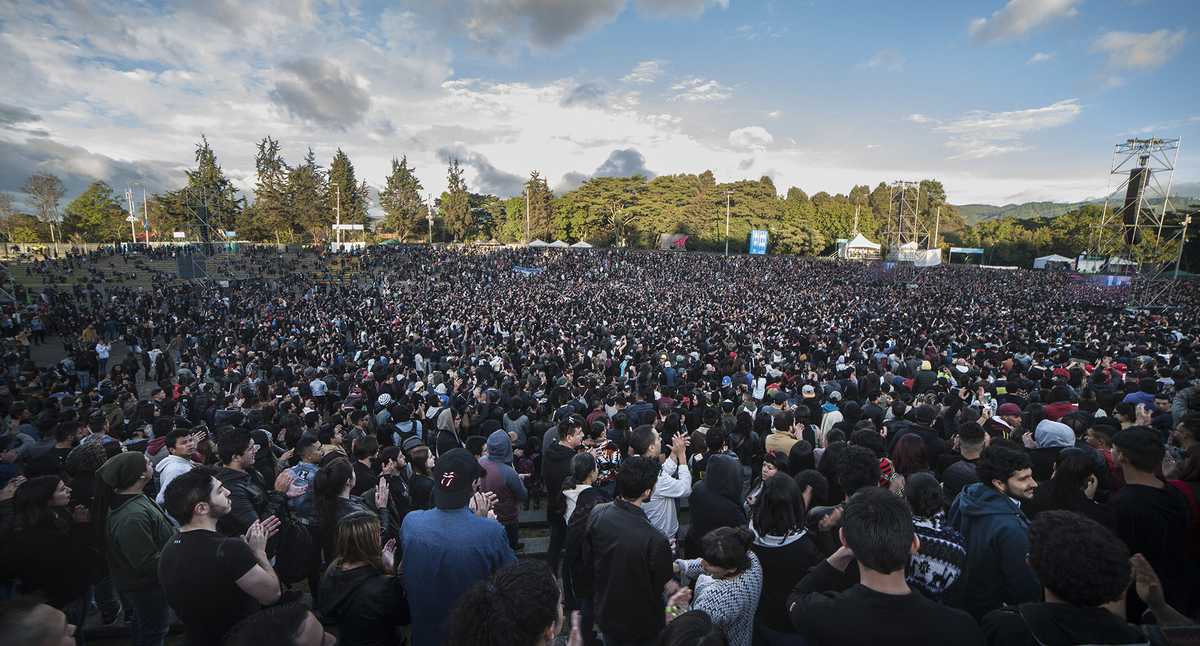 This August, the Summer Festival returned to Bogotá, which is characterized by the different activities offered to the inhabitants of the capital, with a proposal of music, theater, sports and recreation for family and friends.

Thus, the Mayor’s Office of Bogotá announced the artists that will perform this Friday, August 5, at the opening concert of the 2022 Summer Festival. Well, reggaeton singer Nacho arrives from Venezuela and Edén Muñoz from Mexico.

@PuenteAranda_ this August 5 at 6 p.m. We are going to enjoy classical and Colombian music, with Chamber Ensembles of the Women’s Philharmonic Orchestra, in the Santa María Soledad Torres Acosta Church. #MusicNoStop

In its 25 years, the festival brings to the Plaza de Eventos del Parque Simón Bolívar, a musical poster for all tastes with musical genres such as: popular music, vallenato and reggaeton. In addition, the event, which is held in collaboration with the popular music station La Kalle, will feature the participation of Yeison Jiménez, Jessi Uribe, Arelys Henao, Karen Lizarazo and Jean Carlos Centeno.

The concert will start at 4:00 pm and will go until 10:00 pm in the Parque Metropolitano Simón Bolívar, Plaza de Eventos, where music lovers who accompany citizens in love and heartbreak will meet.

The activity consists of a sky illuminated by drones that will provide a show never seen before in the country’s capital, which citizens will be able to attend at night.

“This initiative was born in order to show new proposals in the Summer Festival, as well as the activity of hot air balloons, in the Tunal park, which is one of the attractions that had never been seen in Bogotá,” said Hernán Ayala , festival manager.

The central theme will focus on showing representative places in the city, replicating landscapes through choreography, 3D shapes and thousands of colors.

“Those attending the last concert of the festival will have the opportunity to enjoy a show of drones, which will project some of the most emblematic places of the city”, assured the manager of the festival.

It is important to say that a drone is an unmanned aerial vehicle, which can autonomously maintain a controlled and sustained level of flight. In this show Figures with drones will be presented in the sky, using devices with multicolored LEDs.

In this way, this technological show allows the Bogota sky to become the protagonist of an innovative event, lasting approximately 15 minutes.

“Starting at ten o’clock at night, the sky of Simón Bolívar Park will light up, presenting a show never before seen in any of the previous versions of the festival,” Hernán said.

The show of drones will take place next Sunday, August 14 and its stage will be the event square of the Simón Bolívar metropolitan park, ending the closing concert.

In this version, the activities of the Summer Festival will be distributed in five categories that will be distinguished by colors: Sports (fuchsia), Recreational (yellow), Major Events (green), Physical Activity (purple) and Economy (grey).

Similarly, for two days those attending the event will be able to take a hot air balloon flight in which they will see the park from the air. Next weekend, August 6 and 7, from 9:00 am to 5:00 pm at El Tunal Metropolitan Park, Green Zone 1. Calle 48C Sur No. 22D-81.