The story of a wounded dog found by volunteers of the Grodno public organization “Devote Heart” has spread on the Internet. This is another case of animal cruelty. About 20 units of shot were found in the dog’s body. To the surprise of the doctors, they did not touch the vital organs and now the animal is not in danger. The case on the fact of the crime was transferred to the police.

Where and in what conditions the dog lives now, as well as what threatens the one who shot at it, the film crew of the Grodno Plus TV channel found out.

A small, shy dog ​​Gerda has been living in the Grodno animal house “Devote Heart” for a month, but is still afraid of people. She had already experienced all their cruelty. On February 7, a 4-year-old dog was found in the agricultural town of Sopotskino. At first glance, experts, she was quite healthy, only limping on her hind leg. So the volunteers thought exactly until the moment they took Gerda to the veterinarian.

First, the doctor noticed old but not healed wounds on the dog’s body, and then on an x-ray, he counted about 20 pellets in her body, which miraculously did not hit the vital organs, but the dog’s limbs were still badly damaged.

The case, volunteers say, is not uncommon. There are many hunters in the countryside, as well as residents who simply get rid of an unwanted pet in this way. So, the other day, volunteers found another dead dog in the Grodno region.

According to their version, they wanted to get rid of Gerda because she often brought offspring – about 3-4 times in her life. The result – there is nowhere to put the puppies, and they didn’t see much sense from the dog itself. On March 4, volunteers wrote a statement to the police. They wrote on the Internet that the wound was inflicted from a pneumatic weapon, but later experts found that the pellets were hunting shot, and therefore fired from a hunting rifle. Experts suggested that the shot was fired not at close range, but next to the dog. The pellets most likely ricocheted into her body. 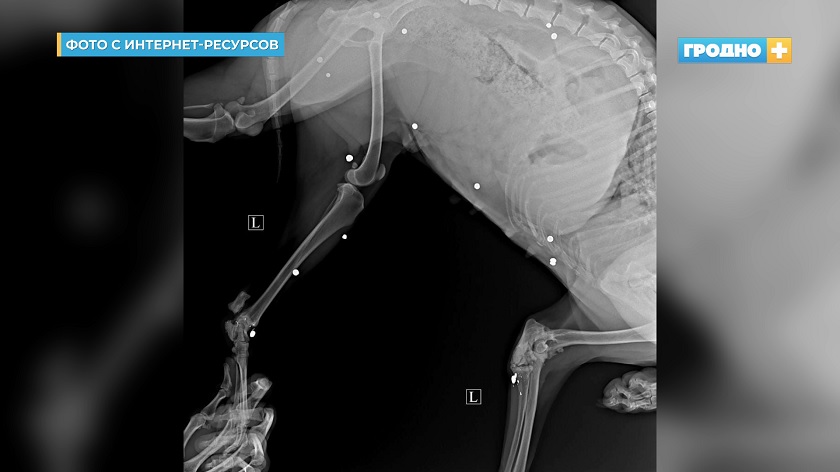 “In order to clarify the circumstances of the incident, the police are conducting an inspection, if the guilt of the person or persons who committed this administrative offense is proven, then administrative liability and a fine of up to 15 basic units, or in the second part up to 15 basic units, may be threatened,” says Maxim Bazylenko, official representative of the Internal Affairs Directorate of the Grodno Regional Executive Committee.

In The Betrayed Heart, Gerda is taken care of as best they can: a separate enclosure, a booth, food and soft bedding. Warm and tasty, but still it’s hard to call it a real home. There are 60 dogs in the house who need the help of those who are not indifferent. And, unfortunately, the return of animals back is not uncommon. People often forget that they are not taking a plush toy into their family, but a living creature that needs care, care and love.

This story may have a happy ending. A woman from Minsk found out about Gerda and wished to take her home. However, before the dog will have a serious operation to treat the hind leg. 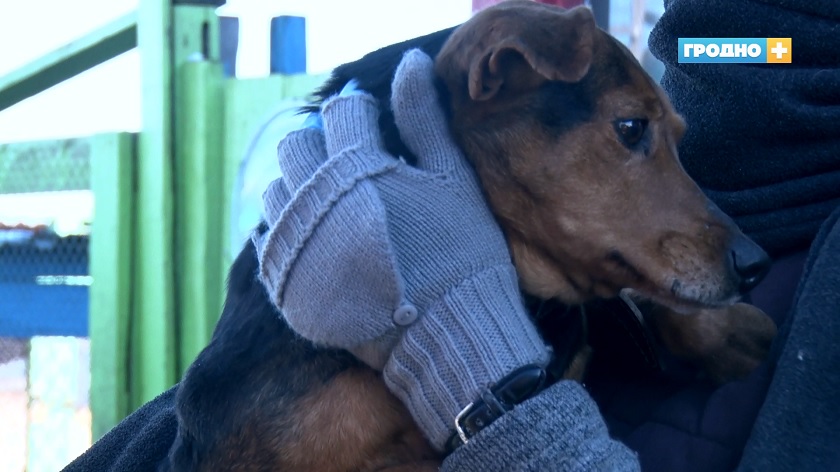 Cruelty to animals, unfortunately, is not uncommon today. So, the recent story with a spontaneous kennel for dogs in Korelichi is still ongoing. Recall that in Korelichi, a dog breeder kept about two hundred animals in cramped cages, in complete unsanitary conditions and in darkness. The dogs were emaciated and had physical injuries: fractures, abscesses and more.

– On this fact, the head of the Korelichi District Department of Internal Affairs initiated a criminal case under article 339, approx. 1, where they understand the circumstances of what happened. In the future, the case will be transferred for legal assessment to the Investigative Committee– said Maxim Bazylenko.

Administrative and criminal cases on the fact of cruelty to animals are not uncommon today, both in our country and abroad. Sad statistics show that people have not learned to admit their mistakes and often believe that they have the right to decide whether an animal lives or not. However, each such “executioner” will have to answer for this, and perhaps the situation will change for the better.