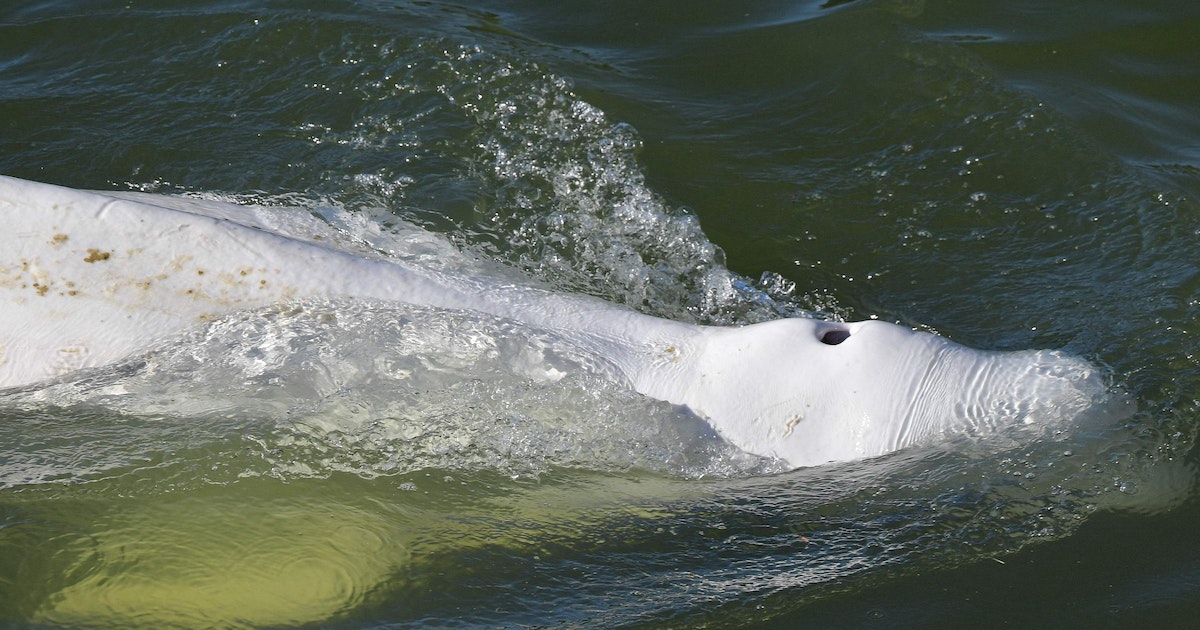 A completely emaciated beluga whale swimming in the Seine in France continues to refuse to eat. As the authorities announced on Saturday, he is in Normandy in a lock 70 kilometers from the capital Paris. The whale is still under surveillance. The Notre-Dame-de-la-Garenne lock is about 200 meters long and may no longer be used until further notice.

The animal was first sighted in the Seine on Tuesday – beluga whales normally live in arctic waters off the coasts of Russia, Alaska and Canada. French authorities had described the whale’s health as worrying, saying it was “emaciated” and apparently suffering from “skin lesions”.

Animal rights activists had expressed hope on Friday that the whale would eat in the lock. The marine protection organization Sea Shepherd regretted that “the feeding experiments in the river have so far not interested the beluga”. If the whale doesn’t eat in the lock, things will get complicated, Chairwoman Lamya Essemlali told AFP news agency. “The vets who specialize in belugas tell us that we must act quickly because the animal is very emaciated and it will be very difficult to get it out of the water and take care of it.”

According to experts, this is only the second time that a beluga whale has strayed to France. The first time a fisherman caught a whale in his nets was in 1948 in the Loire estuary. In May, an orca died of starvation after weeks of odyssey in the Seine, in July a fin whale was presumably sighted in the river estuary near Le Havre.