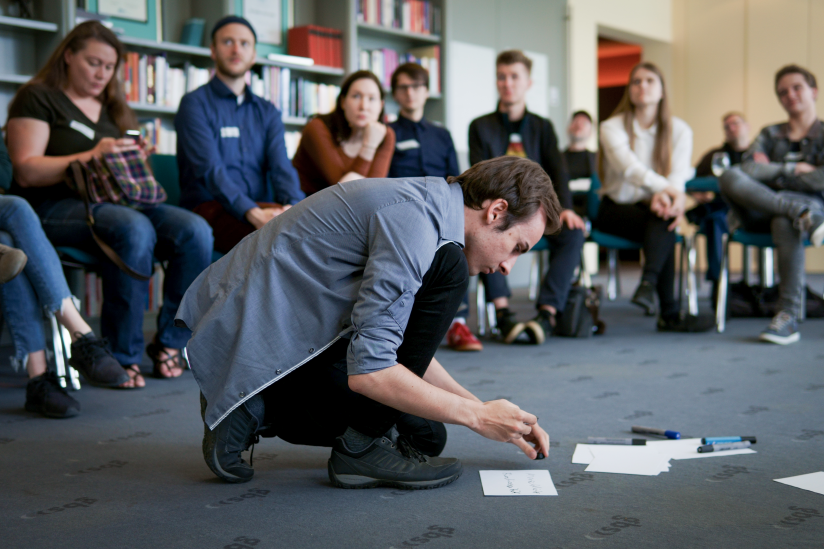 At the weekend, the selection committee of the Bertha von Suttner Studienwerks (BvS) Spoiled for choice: From the 170 applications received, the 15 best candidates for the “Suttner Scholarship 2022” had to be found. Together with the 10 scholarship holders from the last call for applications, the funding agency will support a total of 25 students from October.

“As in the previous year, the quality of the applications was impressively high,” says the board of directors of the Studienwerk, Anja Krüger-Chan (Humanistic Association of Germany – HVD), Michael Schmidt-Salomon (Giordano Bruno Foundation – gbs), Ralf Schoeppner (Humanistic Academy Germany) and Tobias Wolfram (Federal Working Group of Humanistic Students) belong. “Some of the 32 top candidates with whom we interviewed last week were very close together in terms of their qualifications. That is why the decision was extremely close in some cases. In fact, significantly more applicants would have received a scholarship deserved, but unfortunately that is not possible with the limited resources of the humanistic study program, which, unlike the religious funding organizations, does not yet receive any state funds.”

After all: Thanks to a generous donation from the environment of the movement of the Effective altruism the number of scholarship places was increased by 50 percent, from 10 to 15. In addition, the donations are to be used to further develop the ideal support for all scholarship holders and to professionalize the organization of the Studienwerk, which has so far been done on a voluntary basis.

The 15 new Suttner scholarship holders come from various scientific disciplines, from mathematics, computer science, biology and medicine to economics, politics and media sciences to psychology, design theory and philosophy. Some scholarship holders are just starting their studies, others are already working on their doctorate. Most of them are enrolled at German universities, others are currently expanding their knowledge in Cambridge or on WITH. The interests of the scholarship holders are surprisingly wide-ranging, but what they all have in common is their clear orientation towards humanistic values ​​and a secular and rational view of the world.

“We are very much looking forward to working with the new Suttner scholarship holders, who have impressed us with their knowledge, their openness and their diverse talents!”, he explains BvS– Board of Directors, who participate in the selection interviews of members of the scientific directorate and the advisory board of the Suttner Studienwerk (Prof. Dr. Tanja Gabriele Baudson, Prof. Dr. Jutta Standop and Prof. Dr. Horst Marschall). The first meeting of all 25 Suttner scholarship holders will take place from November 11th to 13th in “https://hpd.de/artikel/Haus des Humanismus”, an institution of the HVD, take place in Berlin. In the summer of 2023 there will be another meeting in the “Haus Weitblick” of the gbs above the Rhine (see the report from the first scholarship holder meeting in May 2022).

See also  "The protection of education is a collective responsibility that we must assume", declares HE Mohamed Bazoum - Le Sahel

Between the two annual face-to-face meetings in Berlin and Oberwesel, the Studienwerk offers virtual events and discussion rounds and enables its scholarship holders to take part in interesting congresses. The next opportunities for this are the symposium “https://hpd.de/artikel/Humanismus in, Membership out?”, which is planned for September 30th in the “House of Humanism” in Berlin, as well as the Cortez-Symposium “https://hpd.de/artikel/Gehirnebetween Genius and Madness”, which will take place from October 7th to 9th in Nuremberg in the large hall of the “Germanic National Museum”.