VW Golf is no longer the best-selling car in Europe. 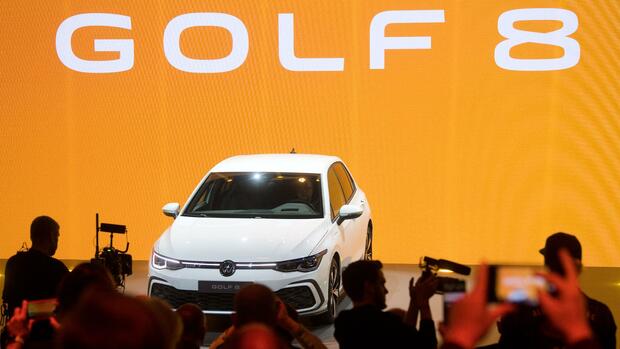 Dusseldorf The Volkswagen Golf is the most successful car in Europe. No other vehicle is sold as often, no other model can match the market leader from Wolfsburg. This has been a fact in the automotive industry for decades. With the Golf Class, Volkswagen has even created its own segment in the car world.

The Golf will hardly be able to make up ground in the coming weeks. Because of the corona crisis, production is suspended everywhere. February was the last comparatively normal sales month for a long time.

The London-based analysis company Jato Dynamics counted exactly 24,914 Renault Clio vehicles registered in Europe for February. The Golf from Wolfsburg had to admit defeat: 24,735 cars are only enough for second place.

For Volkswagen, the silver medal is something very unusual on the European car market. Because the Golf is actually always in first place. This lapsus has already happened to VW: in March 2017, the Golf last had to be satisfied with second place.

The fact that the VW Golf has lost ground compared to the smaller Clio is due to one decisive reason: the Golf suffers from its own model change. The eighth generation Golf has been sold by Volkswagen dealers since December – but they get fewer new cars than originally planned. Especially the German VW dealerships were not adequately equipped with the new golf vehicles at the start of sales. Germany is extremely important for the sale of the Golf.

At a dealer conference in January, VW sales director Jürgen Stackmann apologized. “I apologized to the dealers,” said the Volkswagen manager at the time in Wolfsburg and promised improvement. After that, the production figures continued to rise. However, in February it was still not enough for Volkswagen to defend first place in Europe in terms of European sales.

“We decided to gradually launch the new Golf. In the coming months we will be playing the whole golf family: from the GTE and GTD to the GTI and the Golf Variant. In comparative tests, the Golf of the eighth generation confidently leaves even premium competitors behind, ”said a group spokeswoman.

Question of guilt for the works council chief quickly resolved

It was only in the middle of this month that VW works council chief Bernd Osterloh complained to his own board about a slow start of production for the new Golf. Instead of the announced 100,000 copies of the Golf in the eighth generation, not even 8,500 units were produced at the main plant in Wolfsburg last year, Osterloh weathered two weeks ago.

The question of guilt was quickly resolved for the works council head. In any case, the employees are not responsible for the delays. “Overzealous board members want to put too much technology into a car too quickly – and they failed,” complained Osterloh. An important base engine was not yet offered, and other equipment variants were also missing.

Volkswagen has particular problems with the new Golf 8 software. Most cars are increasingly becoming a “smartphone on four wheels”, which the Wolfsburg-based car company is also trying to implement in the new Golf. But the work is not proceeding as requested.

In extreme cases, the software had to be replayed up to 160 times for individual vehicles, according to works council circles. As a rule, more than 70 percent of the cars rolled off the assembly line in Wolfsburg without further delay. In the Golf 8, however, the quota is 30 percent.

CEO Herbert Diess immediately rejected the criticism of the works council. “According to the quality indicators that we observe very closely from customers and dealers during each attempt, the Golf attempt has been one of the best we have ever had,” said Diess. He therefore congratulates the technical development of the group and the production team at the Wolfsburg plant and thanks for the effort.

The software problems in the VW group do not only extend to the Golf 8. The ID.3, the first car from Volkswagen’s new generation of electric motors, also creates difficulties. In the summer, VW still wants to deliver more than 30,000 copies to the first customers, even if the software for the new car is still not ready. The vehicles are already being produced – but without software. As soon as it is ready, it will be uploaded to the ID.3 copies that have already been produced in the coming weeks.

Volkswagen is sticking to this plan despite the corona crisis and the associated stoppage of production in its plants. Short-time work only affects manufacturing employees. In the technical development, where the software for the ID.3 is created, work can continue unchanged, CEO Diess assured last week at the Volkswagen press conference. The software for the new electric car should be finally ready at the end of May, according to Wolfsburg.

More: Auto industry is preparing to stop production until Easter.

Share
Facebook
Twitter
Pinterest
WhatsApp
Previous articleA 16-year-old girl, the youngest victim in France
Next articleThe end of the panic – not only on the stock exchange
Save 60.0% on select products from SAMMIX with promo code 6018YMV7, through 4/25 while supplies last.