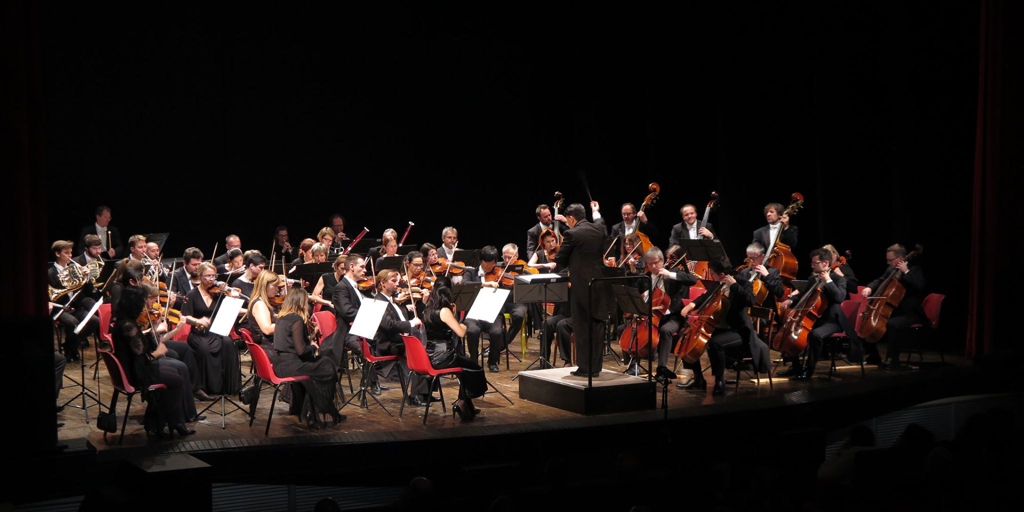 Hispania Concerts presents its second season at the National Music Auditorium with a series of concerts entitled ‘Vienna in Madrid’, which proposes a trip to the imperial capital through the melodies of its most famous composers and groups, such as Beethoven, Mozart, Paganini, Strauss, Brahms, Francaix or Delibes. The program consists of six concerts, three in the Symphony Hall and three in the Chamber Hall of the Auditorium, from October 5 to May 31, 2023.

This Wednesday, and as the start of the cycle (7:30 p.m., from 20 to 86 euros), the audience at the National Auditorium will witness the glorious and melodious interpretation of the Beethoven Triple Concerto by the Smetana Trio and the Slovenian Radio and Television Orchestra, conducted by the American Rossen Milanov.

Since its inception in 1934, when it was founded by the legendary pianist Josef Páleníček, the Smetana Trio was one of the most prominent Czech trios and has remained so for more than 80 years. It was founded as a trio of musicians who were renowned soloists in their own right, and that tradition continues to this day; the pianist Jitka Čechová has recorded for piano the complete works of Smetana; violinist Jan Talich is one of the most internationally successful Czech soloists; and cellist Jan Páleníček, a student of Paul Tortelier and Miloš Sádlo, is the son of the founder of the Smetana Trio.

The concerto for violin, piano and cello in C minor op. 56 is a unique work in music literature written by Ludwig van Beethoven, known worldwide as his Triple Concerto. This great musical masterpiece was premiered in Vienna in 1804, and was presented as a completely new combination: Piano Trio with Orchestra, which for the first time was equal in importance to the soloists.

Musically, this piece establishes an extraordinary balance between the three soloists: each instrument has the opportunity to alternate individually with the orchestra, in a duo or in a trio. Thus, the public will enjoy a light and transparent piano and the relief that Beethoven gave to the highest string of the cello, to create an equitable dialogue with the violin. The concerto is completed by the overture in D major, Op. 20 by Arriaga and Symphony 4 in A minor by Mendelssohn, known as the Italian, an ode to the happiness felt by the German composer when he visited Italy in 1830.

The programming of the cycle will continue on Friday, November 11 with the Wind Quintet of the Vienna Philharmonic (Chamber Room. 7:30 p.m.), considered one of the greatest interpreters in Vienna for great universal works. The demanding musical career and the busy schedule of the musicians of the Vienna Philharmonic means that bringing together the best wind players of this group on stage is an unavoidable date for the public. In the program there will be universal pieces interpreted with the delicacy and Viennese experience, on a journey that will go from Mozart to Francaix.

On Thursday, December 22, it will be the turn of Ensemble Diminu (Chamber Room, 7:30 p.m.), which stands out for its virtuosity and precision. This nonet formed by five strings and four winds surprises by demonstrating a perfect rapport between all its members. Led by Anna Morgoulets, the formation invites us to its traditional Christmas Gala accompanied by one of the prominent voices for more than ten years at the Vienna State Opera: the mezzo-soprano Aura Twarowska. Together they will perform a Christmas program full of emotion, with well-known pieces that will make us enjoy a magical night in a petit committee, just as Christmas is celebrated, this time in the privacy of the Chamber Hall of the National Auditorium.

Already in 2023, on Wednesday 4 January, the famous ‘Vienna New Year’s Concert’ with the Philarmonic Ensemble (Symphonic Hall, 7:30 p.m.) performing a careful selection of polkas and waltzes from the Strauss dynasty, as well as famous pieces by Brahms and Delibes.

On Friday February 17, Paganini Ensemble Vienna, the only group in the world that has been able to record, due to its extreme difficulty, the 15 works by the Italian composer for string quartet and guitar, will perform with Mario Hossen (Chamber Room, 7:30 p.m.), considered the best performer of the work of Nicolò Paganini. After the success of their first concerts in Spain last May, this alliance returns to the stage of the National Auditorium to delight the public with a new selection of impossible works by the Genoese master.

And as a finishing touch for this cycle, on Wednesday, May 31, the ‘Vienna Concert Association’ (Symphony Hall, 7:30 p.m.), with an orchestra conducted by Sandor Karoly and accompanied by pianist Christopher Park, who will delight us with his interpretation of Mozart’s 24th Piano Concerto to close a season dedicated to the imperial city with a genuinely you come.

See also  Due to the increase in cases of COVID-19 in the Amur Region, concerts of stars are again postponed