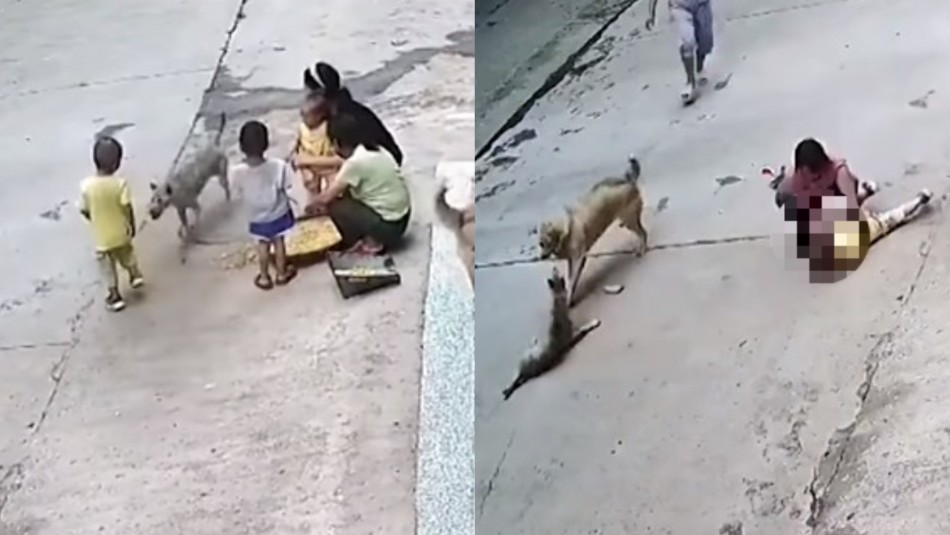 Xiao Bai is a dog who became a hero after saving the life of his owners’ little son in the Chinese city of Shaoyang. The incident was caught on video captured by a security camera.

The episode occurred in the middle of the street, while the boy apparently played with two friends in the presence of two other adults.

Everything changed when the little boy decided to get away from the group. At that moment, suddenly, a stray dog pounced on him and started biting him.

From there, the child’s family dog ​​reacted and ran towards the other dog to finally attack and bite him, defending the child from what could end in a tragedy.

In parallel, several people approached the victim, who was crying as a result of the scare that happened, to find out the state of health in which he was, since the bite could have caused him some injury.

On the other hand, the pet never left the place and stayed safe in the middle of the street while those present helped the affected person.

After the violent episode, the boy’s father said that the dog that saved him has lived with them for about seven years.

Check the video here (images may be sensitive)