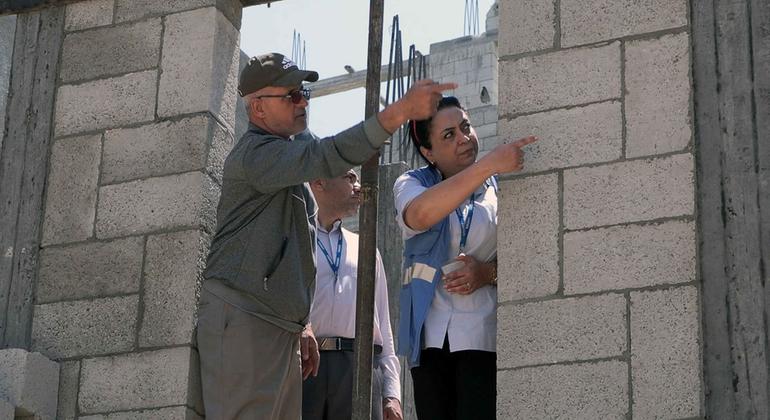 UN Secretary-General António Guterres reminded of this, speaking with an emotional speech at a meeting of the special committee of the General Assembly, which deals with issues of assistance to the Palestinians.

He invited delegates to put themselves in the shoes of a young male or female Palestinian refugee living in Lebanon, Syria, Jordan or Gaza. “The prospect of a political settlement in your country looks more elusive than ever, the peace process has stalled, and the most active global mechanisms, such as the Quartet of Mediators, are unable to meetu deven at the ministerial level,” Guterres said. According to him, several countries in the region have already come to terms with the status quo, settlement activity in Palestine is expanding, and Palestinians continue to be evicted. Recall that mThe International Quartet of Mediators for the Peaceful Settlement of the Middle East Conflict was established in 2002. Its membership includes the UN, the European Union, Russia and the United States.

All this is taking place against the background of the war in Ukraine and other important events in the world, which are pushing the Palestinian issue out of the front pages of the press and out of the spotlight of the international community.

“And today, financial collapse threatens one institution that really works, provides you with the opportunity to get an education, access to medical services and provide other assistance,” continued Guterres. Imagine yourself in this situation, how would you feel? And if someone else from ISIS comes up to you and says: “ATI have nothing to hope for, join our ranks”? And that’s exactly what is happening.”

Barrier on the path of extremism

Therefore, according to the Secretary General, assistance to Palestinian refugees – it is not only a tribute to justice and compassion for those in need, but also a barrier to extremism and threats to global security.

He called on the meeting participants to help the Agency cope with the current budget deficit, as well as to ensure stable financial receipts.

The United Nations Relief Agency for Palestine Refugees has requested $1.6 billion for its operations in 2022. These funds are needed to fulfill the mandate issued by the UN General Assembly and providing assistance to millions of people living in Gaza, the West Bank, Syria and Lebanon.

The full name of the organization that provides assistance to homeless Palestinians is the United Nations Relief and Works Agency for Palestine Refugees in the Near East, abbreviated as UNRWA.