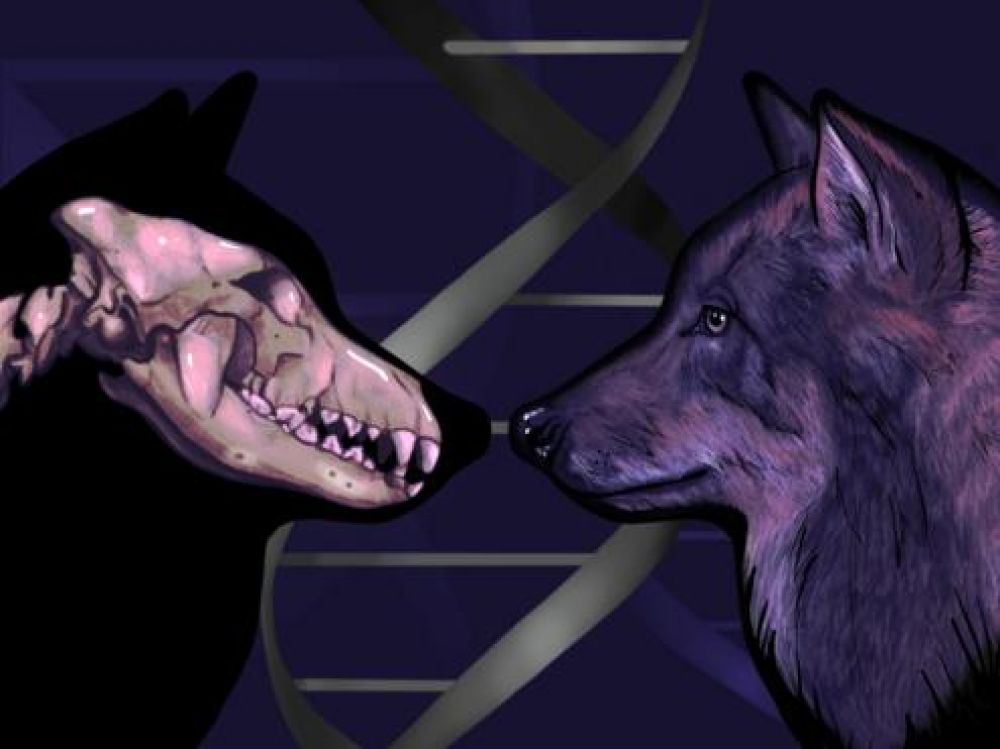 The gray wolf (Canis lupus) was the first species to give birth to a domestic animal: the dog (Family dog). But there are still many missing pieces to put the puzzle together: where did these wolves live, who were trusted by our ancestors? And when ? An international study, involving 38 different institutes in 16 countries and published on June 29, 2022 in the journal Naturelifts a corner of the veil on the story of this animal which led to a unique companionship between humans and another species.

“No consensus on when, where and how”

The gray wolf has roamed much of the northern hemisphere”for a few hundred thousand years and, unlike many other large mammals, it did not become extinct in the Late Pleistocene“, underlines the study. But doubts remain as to possible extinctions of lupine populations, which adds an additional difficulty to the work of paleontologists. In an article by The researchLaurent Frantz, co-author of the new study, assures that “the vast majority of wolf populations that populated the world more than 10,000 years ago, including the ancestor of the dog, have disappeared“. The identification of the “mother population” must then be done through the analysis of ancient DNA.

Then, if the scientific community agrees that the gray wolf allowed the emergence of the dog by a mechanism of artificial selection, “there is no consensus as to when, where and how it happened“, recalls the study. The first remains of the current line of dogs discovered date from 14,000 years ago and genetic data suggests that the ancestors of wolves and dogs diverged between 40,000 years and 14,000 years ago. The time range therefore remains wide and “the regions where the first dogs were found do not necessarily imply places of origin either“, warn the researchers.

A 32,000 year old wolf skull whose genome has been studied. Credit: Love Dalén

Two scenarios impossible to decide between, for the moment

To partially solve this puzzle, the team sequenced 66 ancient wolf genomes from Europe, Siberia and North America, added to genomes already sequenced in the past. In all, therefore, 72 genomes covering the last 100,000 years have been used.

“By studying ancient wolves that lived around the time of dog domestication, we found that dogs on the whole are more closely related to ancient Asian wolves than to ancient European wolves, which which suggests a process of domestication somewhere east“, explains to Science and Future Anders Bergstrom, lead author of the study. And several clues seem to indicate a divergence between dogs and wolves around 28,000 years ago, even if it cannot be excluded that domestication began before this point, specifies the study.

Their discovery does not stop there: some dogs, especially in Africa and the Near East, received an additional genetic contribution of 20 to 60%, from another population of wolves related to animals originating from the West. . “There therefore appears to have been at least two distinct ‘source populations’ of wolves, giving rise to a dual ancestry in today’s dogs.“, continues the researcher. 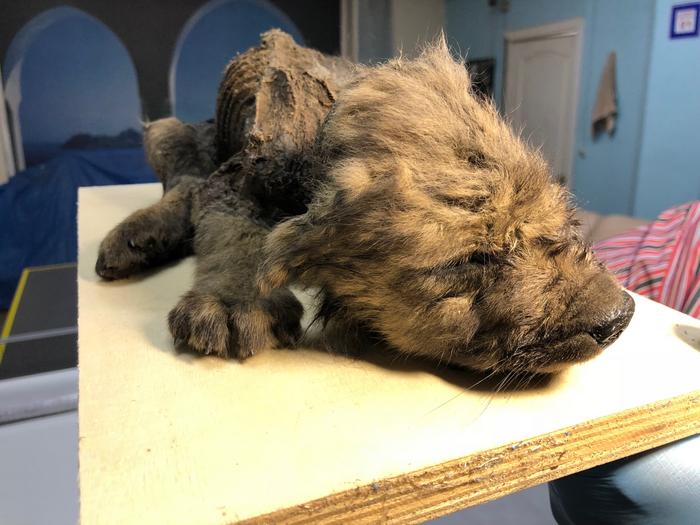 Dogor, an 18,000-year-old wolf cub who was included in the study. Credit: Sergey Fedorov

Two different scenarios can actually explain this result: an independent domestication between a population in the east and in the west with, then, an interbreeding between dogs in the west. Or one and the same domestication in the east, followed by a cross between dogs and wolves present in western Eurasia. For the moment, it is impossible to favor one or the other of the hypotheses. In addition, “none of the ancient wolf genomes we studied appear to be the actual ancestor of dogs, meaning this population of wolves has yet to be located” more precisely, tempers Anders Bergstrom.

Will we one day be able to have a clear and precise idea of ​​the identity of the wolf population at the origin of the dogs, and of its age? “Lsampling is patchy, especially in eastern Eurasia and the Middle East“, explains to Science and Future Morgane Ollivier, lecturer at the University of Rennes 1 and member of the ECOBIO laboratory. She provided a sample from excavations in Noyen-sur-Seine (approx. 8,600 years) and extracted the genome. “We also lack older samples than those analyzed in the study in Europe, continues the researcher. Everything will therefore depend on the future sampling effort but also on the chance of the discoveries of new skeletons”. But she does not lose hope of one day getting an answer: “We are ultimately looking for a ‘missing link’ but it is not impossible to discover it one day“.

By closely scrutinizing the genome of ancient wolves, researchers have been able to gain unprecedented insight into the evolution of this species over the past 100,000 years. “We find that throughout the Ice Age, wolf populations in different parts of the world were remarkably genetically interconnected, reflecting high mobility of these animals around the world.“, explains to Science and Future Anders Bergstrom, lead author of the study.

Their genomes also reveal instances of natural selection resulting in the rapid spread of mutations beneficial to the whole species, some of which may have contributed to its survival during severe climate change while other large mammals became extinct. “The high genetic connectivity likely helped local wolf populations avoid fragmentation and isolation from each other, and allowed new biological adaptations to quickly reach the entire species.“, supposes the researcher.