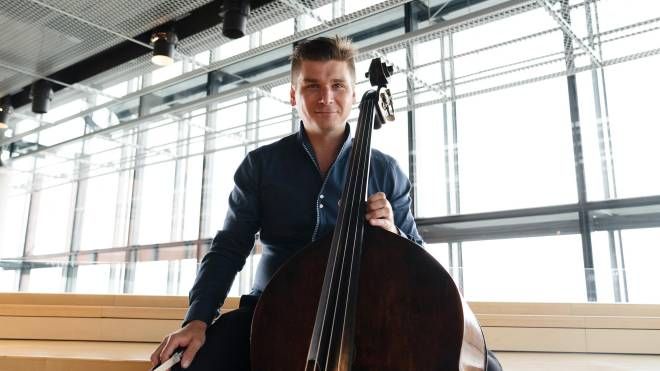 There are two concerts that the Open season of the “Boccherini” conservatory offers to the public this weekend at the end of June. The first appointment on the bill is tonight at 9 pm, with a very famous cellist, the Romanian Anton Niculescu (photo on the left), who for the occasion will play together with the “Boccherini” Orchestra conducted by Maestro Remo Pieri. Niculescu, born into a family of musicians, began studying the cello with his father; with his mother, a pianist, he performed on stage for the first time at the age of 12. A short time later, at the age of 14, he played as a soloist with the “Moldova” Philharmonic. He has always played an intense concert activity internationally and regularly holds masterclasses all over the world. Just in these days he held one at the “Boccherini”. He is a soloist of the Brasov and Oradea Philharmonic (Romania), artistic director of the “Romanian Chamber Orchestra” and honorary member of the Bologna Philharmonic Academy. He plays a “Pietro Guarnieri” cello from 1709. On the program music by Catalani and great pages by the two composers and musicians from Lucca famous all over the world: Puccini, with Crisantemi, and Boccherini, with the Symphony in D major G490 and the Concerto in si flat major for cello and orchestra, in the Grutzmacher edition.

Tomorrow, again at 9 pm at the Auditorium del Suffragio, the Bass Festival returns, the review dedicated to the double bass, with a concert by Igor Eliseev (photo on the right), accompanied on the piano by Michela Spizzichino. Principal double bass of the Norwegian Stavanger Symphony Orchestra, he performed as a soloist with the Mariinsky Orchestra, the “Classical” Orchestra, the St. Petersburg State Conservatory Orchestra, the Novosibirsk Chamber Orchestra and the Symphony Orchestra of Stavanger. Very active chamber musician, he regularly participates in international festivals. He plays a double bass made by Paolo Grancino in 1670. The program includes Schubert’s Arpeggione Sonata, Bottesini’s Elegy and Tarantella and Rachmaninoff’s Preludes. Free admission with reservation.