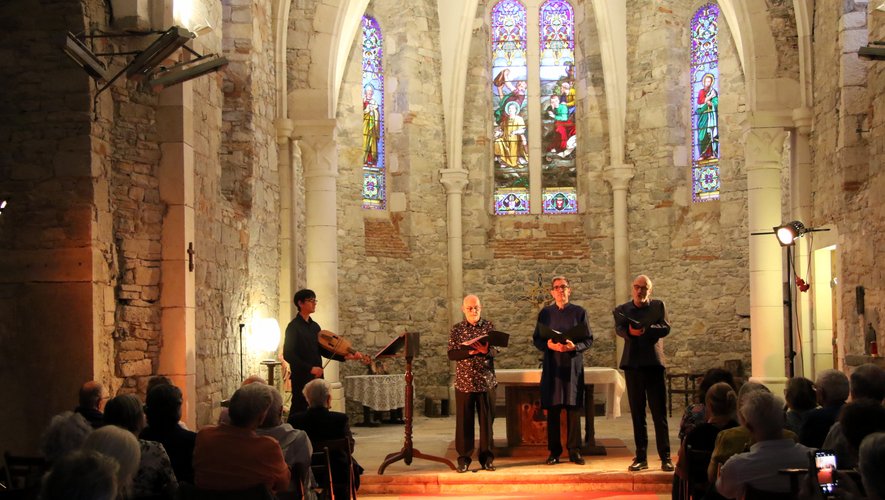 Friday, September 16 at 7 p.m., the church of Tour-de-Faure, with its exceptional acoustics, resounded with three magnificent voices accompanied by viola, evoking the Middle Ages, its minstrels and its troubadours.

The Diabolus in musica ensemble gave music from the time of Saint-Louis, the 13th century. Their songs, in Latin, langue d’oc and langue d’oïl (Romance language), were to the glory of the lady in heaven and to the glory of the lady of the lord who received them in her court or her castle. But there could also slip in an already protesting motet, addressed to the pope who urged the lords to go on a crusade and threatened them with heavy taxes if they remained on their lands…

A very fine concert attended by English and Belgians, on the initiative of the Friends of Saint-Cirq-Lapopie association, with the help of the La Mouchine de Berganty association.

The concert was followed by a buffet shared with the artists.