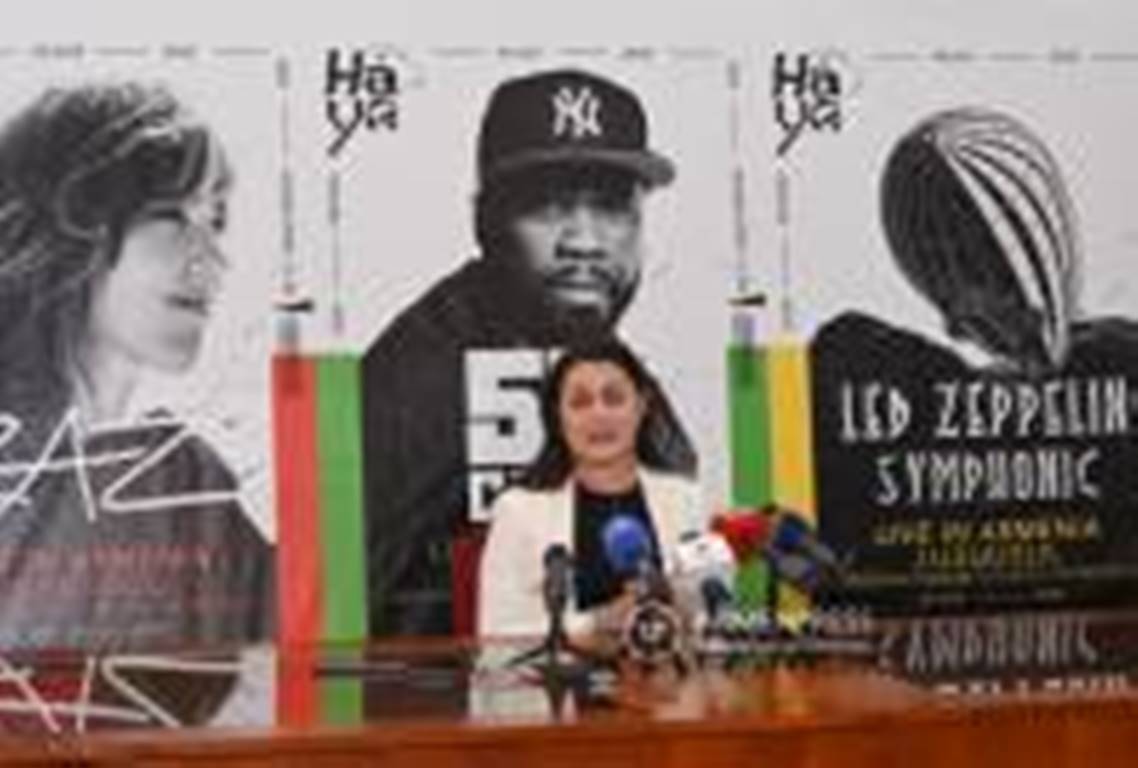 The world-famous rapper 50 Cent, the French singer Zaz and the Led Zeppelin symphony orchestra will perform as part of the Haya music festival in Armenia. The concerts will take place in Yerevan, at the Hrazdan stadium, where events have not been held for many years.

According to Armenpress, at a meeting with journalists on May 13, the founder of the Haya festival, Sona Hovhannisyan, noted that part of the field and several stands, which are being improved and restored, will be used.

Hovhannisyan emphasized that the Haya festival will open a new page for the cultural, economic and other spheres of Armenia. “This festival is a new institution, a new mechanism to advertise Armenia twice, ten times more, to show our country as a peaceful, sustainable and prosperous country with a bright future, where 30, 40, 50 thousand people from all over the world people come to listen to music, talk to artists, who are the dream of many to see,” she stressed.

Zaz’s concert will take place on June 25, rapper 50 Cent will give a concert on July 1, and Led Zeppelin Symphonic will perform at the Hrazdan Stadium on July 9. This is an exceptional project in which the music of the legendary band is performed by three phenomenal singers from the West End of London, accompanied by the best British rock band. There are 25 songs in total, including the most popular hits: Whole Lotta Love, Black Dog, Kashmir, Rock & Roll, Dazed & Confused, Stairway to Heaven. The project was created with the support of the members of the legendary band who attended the outrageous and successful premiere of the program in London.

Returning to the issue of the Hrazdan stadium, the founder of the festival said that they had seriously studied the territory. “Sporting events may require a large investment, but we considered the stadium as a concert venue with a capacity of 54,000 people. There is no such second place in our country. When we announce concerts by Jennifer Lopez or Enrique Iglesias, for example, we will need such a venue. I am glad that we will return this stadium to the city in a different color. Most of the equipment will be brought from abroad,” Hovhannisyan said.

The organizers do not abandon the idea of ​​holding the festival in the regions of Armenia in the future. They are working in this direction, choosing the territory, but the schedule of these concerts did not allow them to find a suitable place in a short time. “Probably next year we will hold some concerts in some beautiful place in Armenia,” Hovhannisyan said.

The festival is held on private funds, but it is possible that in the near future they will cooperate with the state.

Concert ticket sales have already begun. Tickets are sold not only in Armenia, but also abroad.