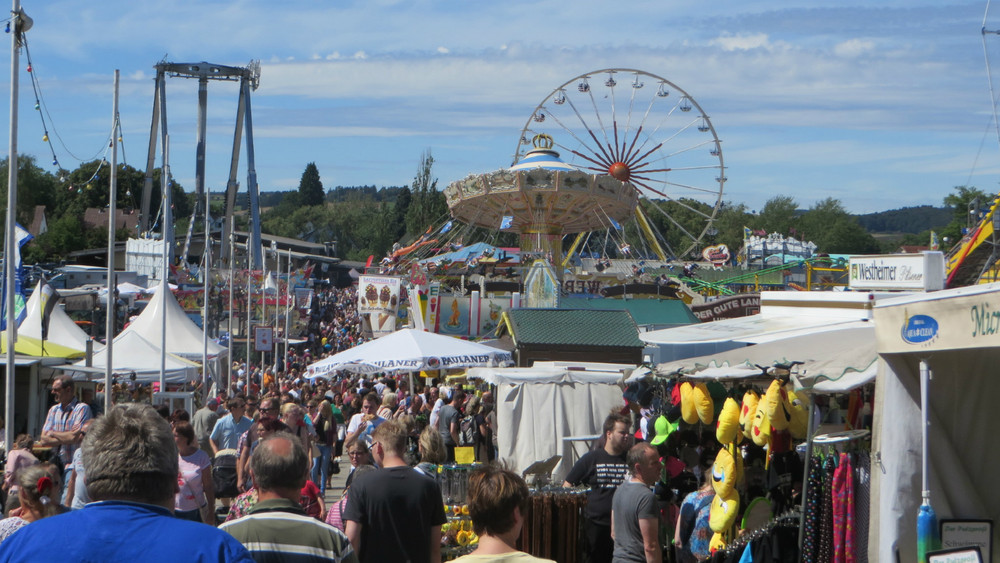 Despite a short break in rain, the sun is still shining at the weekend in the FFH region and there is a lot going on in Hesse. Whether the Kram and cattle market in Bad Arolsen or the castle and traditional costume festival in Lindenfels. We have the overview for you.

Tin cans as an admission ticket to Groß-Gerau

Whether ravioli, goulash or bean stew – tin cans are considered admission tickets – at the charity festival in Dornberg Castle in Groß-Gerau. With at least one tin can you are there.

Several bands will perform and at the same time the spectators will help needy people with the canned food they have brought with them to enter. The canned goods from “Dosenrock” are donated to the Groß-Gerau table. The last time a total of 1000 came together.

Celebrations at the lake in the Odenwald

There will also be celebrations in Mossautal at the “Sound of the forest” festival. Many bands perform on the banks of the Marbach reservoir and the team promises: Without garbage and noise for residents

And there are also celebrations at the castle and traditional costume festival in Lindenfels or the party in the skate park Babenhausen.

There is also a lot going on in northern Hesse at the weekend, including the largest folk festival in the region. Hundreds of thousands will storm the Königsberg in Bad Arolsen until tomorrow evening. The traditional Arolser Kram and cattle market rises with lots of stalls, fairground rides and a marquee.

And at the Willingen Open Air tonight, Sarah Connor and Max Giesinger will be on stage. There are still tickets at the box office.

Thousands of barbecue fans are also drawn to Fulda today and tomorrow: the German barbecue championship is taking place there for the fourth time.