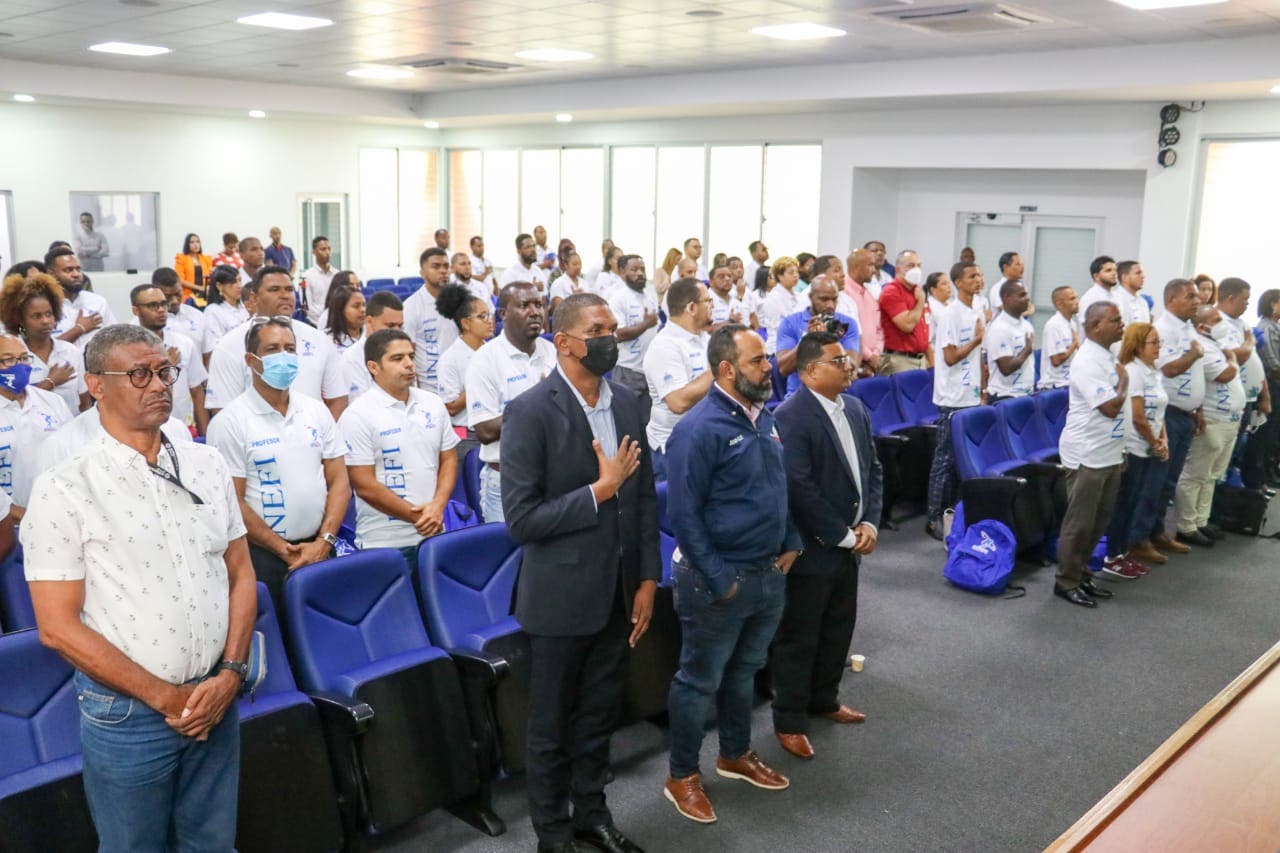 This is the third and final stage of the “Training and Updating Day for the Planning of the Physical Education Class in the Dominican Republic” organized by Inefi, in order to strengthen educational development in its discipline.

The National Institute of Physical Education (INEFI) Yesterday, the closing of the third stage of the Training and Updating Day for the Planning of the Physical Education Class in the Dominican Republic began, through which it seeks to develop the level of competence and quality of four thousand teachers in the area.

As a complement to these updating and training sessions, the INEF prepares more than 500 teachers who, in turn, will become multipliers in their respective educational districts at the national level.

In each of these days, INEFI’s mission is to fulfill a mandate from the Dominican Government and the Ministry of Education to promote quality education and increase teacher competence through training, said the executive director, Professor Esteban Pérez Polanco. .

“President Luis Abinader is the most interested in promoting quality education and that is why we are holding these workshops, for which we have also had great support from the Minister of Education, Roberto Fulcar^, declared the executive director of INEFI , teacher Esteban Pérez Polanco.

We invite you to read: Marileidy Paulino will lead the platoon and compete in the national tournament in Bayaguana

The first stage of these conferences began with the training and election of a “team-teacher” made up of teachers and technicians who, in turn, have been in charge of giving continuity to the training of teachers in each of the educational districts.

Subsequently, the second stage of the conference consisted of the development of a pilot plan in the province of San José de Ocoa, whose experience provided the conditions that have made possible the development of updating and teacher training, both in this third stage and in the final stage, in which it is expected to train all teachers at the district level.

The third and final stage of updating and training organized by INEFI will last four days and includes more than 90 physical education teachers from the metropolitan area, three Regional and 20 Educational Districts who attended the opening ceremony at the Higher Institute of Teacher Training Salomé Ureña (ISFODOSU), in the National District.

The executive director of INEFI maintained that the training and updating sessions have achieved their goal in each of their stages, because for the first time in the history of the entity, 100% of the teachers in the area have been impacted throughout the country, who range from 3,800 to 4,000 teachers.

The training day takes place until next Friday in the classrooms of the Eugenio María de Hostos Building of the Faculty of Educational Sciences of the Autonomous University of Santo Domingo (UASD).