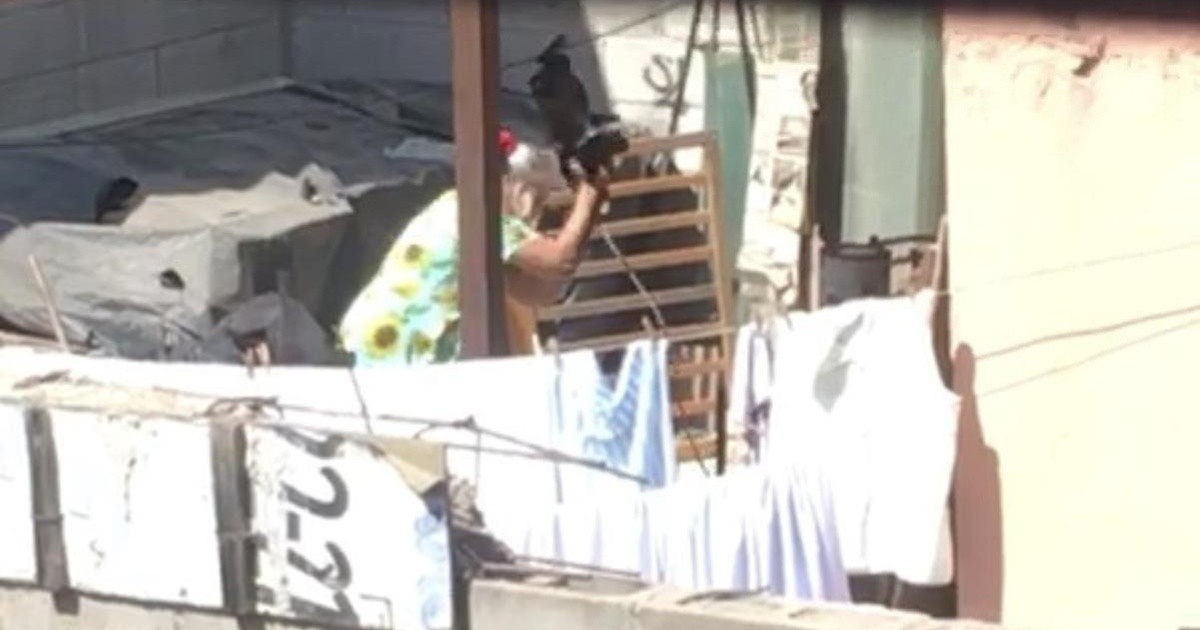 Ensenada, BC.-An elderly woman was recorded beating and whipping two puppies, for which neighbors filed a report so that the animals were rescued and a complaint of animal abuse before the State Attorney General’s Office.

Citizens captured the moment in which, at a home on Calle Bronce in the Colonia Piedras Negras, the woman grabbed the little puppies that were tied with a rope, to lift them up and whip them against the floor.

The report was raised before the Municipal Public Security Directorate (DSPM)and was attended by elements of the Ecological Policewho carried out the rescue and requested the support of the shelter “The Adoptables” for the protection of the puppies.

The images are very strong, it is something that is inconceivable to us, to mistreat animals in such a brutal way, there is no situation that justifies crashing them against the concrete, we arrived at the home and the officers were already raising the IPH for the fine, another person allowed us to enter because the puppies were very scared and did not want to be grabbed” explained Pris Austin, director of the shelter.

Also, in the place they found the skeleton of an adult cat that still had the collar on, but that was probably weeks or months dead.

“The officers took photos to add them to the report and be able to proceed, the puppies are between two and three months old, we took them to our veterinarian for evaluation, the importance of sharing these images is so that society realizes that the animal abuse is being taken as a serious crime, fines and sanctions are being applied,” he emphasized.

For her part, the rescuer Ana Daniela García Salgado, commented that the puppies continue to be observed, they took X-rays, in addition to the fact that they had fleas and ticks.

“They are being given medication and are being given serum because they were in a deplorable and serious state because they had no food, they must be given certain vaccines and baths, they are still under observation because apart from possible fractures they could have organ damage, they are stable , but not out of danger, you have to wait 48 hours, “he explained.

He pointed out that the municipal police applied the corresponding fine and on behalf of the shelter they filed a complaint with the State Attorney General’s Office for the crime of animal abuse.

“We hope that the prosecution resolves quickly because a video was taken, however, there is a situation that we believe is urgent for the deputies to take into account, when the initiative was presented and it was approved that the crime of animal abuse existed, when it is the The first time a crime is carried out because it is considered a misdemeanor, the person could be released on bail or have a few months in jail, it is urgent that it be considered a serious crime”; I consider.