To the Minister of Labor, Iber Maraví, ideas are running out. Yesterday, after justifying, for the umpteenth time, his permanence in the cabinet, despite the serious questions that weigh against him, he came out with the fact that the press owes a great debt to society “for the charges that are imputed and invented”. And on account of what Maraví arrogates the representation of society? Freaked out!

The Prime Minister’s recommendation Guido Bellido so that women victims of violence “think about it” before reporting their aggressor, It did not go unnoticed by the former Minister of Economy María Antonieta Alva. “This retrograde way of thinking is precisely what we do NOT need from our authorities. Sexist and unworthy of the position he occupies today, ”he wrote. And to all this, has the Minister of Women said something? Rather, is there a minister for the sector?

THEY SAY THEY WILL BE IMPARTIAL

Congressman Wilson Soto assured that it will be Karol Paredes, his colleague from Acción Popular, who will chair the Ethics Commission. “It is his turn to preside over Acción Popular,” he said. In addition, referring to the investigation of Guido Bellido for his verbal offense to Patricia Chirinos, he said that this will be “impartial”, especially because – he insisted – it will be his bloc that will lead it. We will see, said the blind man …

They know them all

Richard Rojas, former campaign manager of Peru Libre and eyes and ears of Vladimir CerrónHe walks like Pedro through his house in the Government Palace. According to yesterday’s visitor log, Rojas was allowed to enter with a vehicle and cell phone, Richard Swing style. Everything indicates that Cerrón and Pedro Castillo, who must have authorized the entry of the cell phone, have already found a way to communicate without leaving a trace. Everything is known, Pedro. 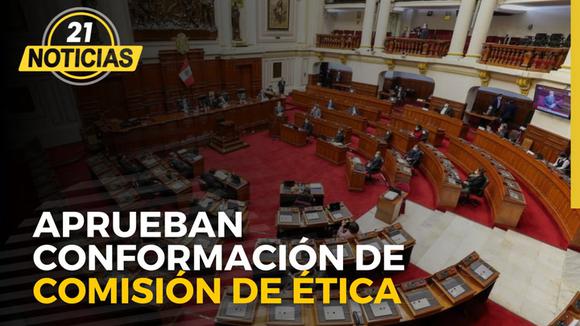 Congress approves the creation of the Ethics Commission