Salvatore Garau’s work is only in his head, but it ended up having a bid base of 6,000 euros and was bought.

In this square with white ribbon it says to have another work.

“Io sono”, “Eu Sou” in Portuguese, a work by Italian artist Salvatore Garau, was sold at auction for 15,000 euros. So far the thing might seem normal, but the truth is that this sculpture doesn’t exist, it’s just a reality in the head and imagination of its creator, and even so, after receiving a bid base, it ended up being bought.

“Emptiness is nothing more than a space full of energy, and even if we empty it and there is nothing left, according to Heisenberg’s uncertainty principle, it has no weight. Therefore, it has an energy that condenses and transforms. In particles, that is, in us”, replied Salvatore Garau to critics who claim that the work does not exist, cited here by “CatalunyaPress”.

The artist believes he has started a revolution in art, after having presented “Buddha in Contemplation” in Milan, Italy, with a square drawn with white ribbon on the floor, and this week will take him to New York, in the United States of America , “Aphrodite Piange”, who is also invisible.

“Io sono” entered the Art-Rite catalog to be auctioned and had a bidding base of 6,000 euros. It ended up being sold for more than double that amount. The buyer just got a document that proves he is the owner of this invisible sculpture.

In this paper it is referred that it is placed in a free space of approximately 150 by 150 centimeters. “This certificate cannot be displayed in the space reserved for the work”, the document also reads. 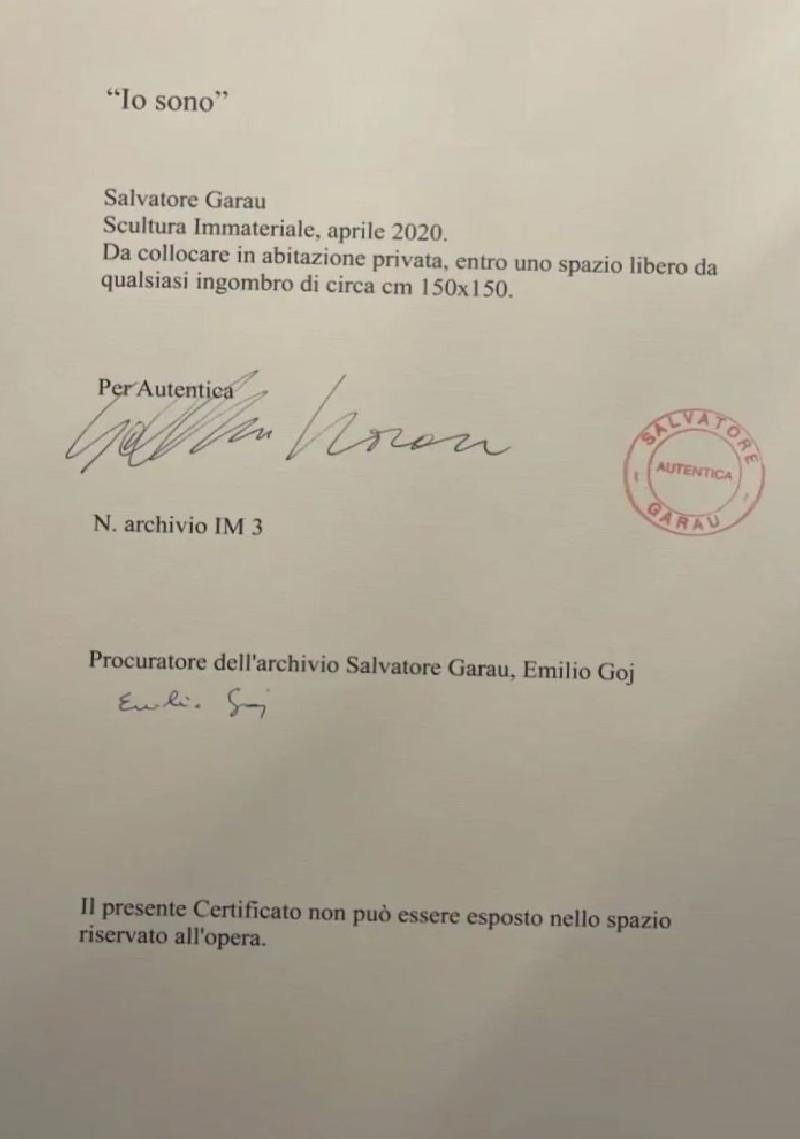 The only proof that the work exists.

See also  Vaccination tourism: What should they know about this practice? | covid-19 | coronavirus