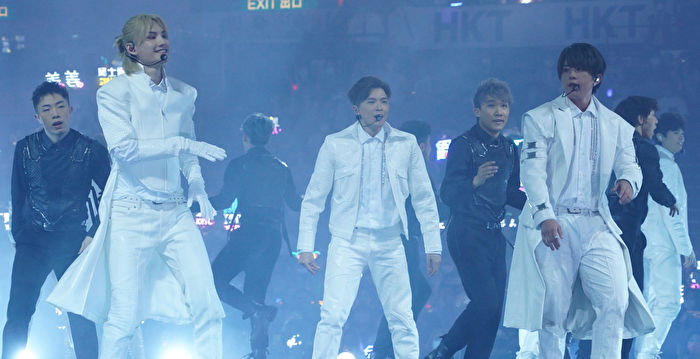 [The Epoch Times, August 8, 2022](The Epoch Times reporter Tong Yijia reported) The Hong Kong men’s group “MIRROR” held a serious accident in the 4th concert at the Red Pavilion on July 28. The screen suddenly fell and hit 2 dancers. The seriously injured Ah Mo (Li Qiyan) was still in the intensive care unit of the hospital. His father revealed on August 7 that Ah Mo was awake and could easily communicate with the outside world.

According to Hong Kong media reports, Mo’s parents who had made a special trip to Hong Kong earlier on an emergency trip had completed the isolation and quarantine on the morning of the 7th and were transferred to other hotels in the early morning. In the second “Letter of Intercession” sent by Ah Mo’s father after returning to Hong Kong, he revealed that his son had regained consciousness and could easily communicate with the outside world. He thanked the medical team for their professional treatment and care, and thanked friends from all over Hong Kong for sending blessings to his son.

Ah Mo has undergone two surgeries so far, but there has been no major progress. He is still in critical condition. However, his vital index is stable and he will remain in a coma for a period of time. He hopes that the damaged body functions can recover spontaneously to a certain extent. As for the overall recovery in the future, it will take a long time to observe, and the worst fear is paralysis below the neck.

In addition, the concert accident investigation has made new progress. On the afternoon of August 5, Li Zijun, Assistant Director of the Leisure and Cultural Services Department, said that he had used a microscope to examine the fracture of the wire rope involved, and there were signs that one of the accidental causes was probably the metal fatigue of the wire rope. Although no possibility is ruled out at this stage, signs of “man-made sabotage” are temporarily ruled out. As for the metal fatigue that appeared before the concert, whether it happened during the concert, or other reasons, further examination is required.

See also  Xin Long rarely made an angry statement against his former boss for his deceased wife Liu Zhen_Mr.