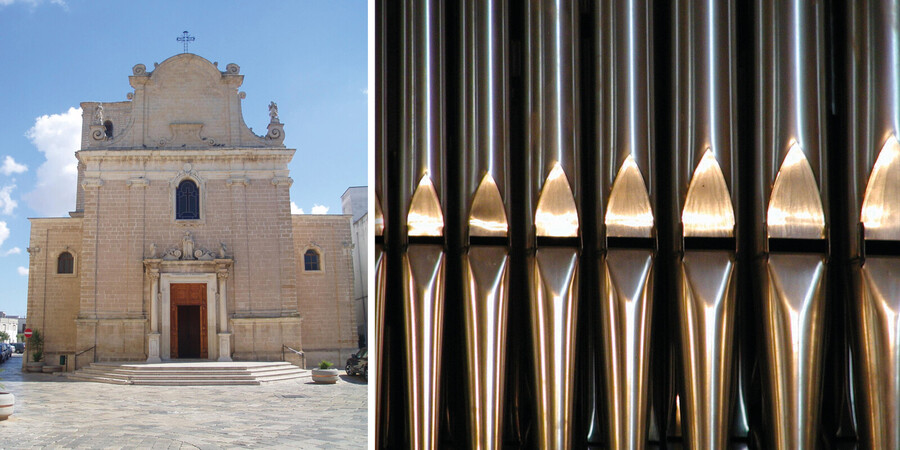 Next Friday 12 August, at 8 pm, once again in the frame of the “Sant’Andrea Apostolo” mother church in Novoli there will be the second appointment relating to the organ festival “I Concerto del Vespro”.

It is a musical event, organized by the counter Infopoint tourism of the regional network, in collaboration with the local municipal library of Novoli, Puglia Region, Province of Lecce, Municipality of Novoli, Tourism and Productive Activities Department with the Ass. Gianni D’ambrosio, and the Archdiocese of Lecce, which aims to re-evaluate the rich Novolese organ building heritage.

With the exception of the city of Lecce, in fact, Novoli is the only town, within a radius of at least 40 km, to keep four monumental organs in four churches: the ancient positive organ built in the mid-19th century by the company “Toselli” of Bari and three organs Inzoli installed between 1959 and 1962 respectively at the church of the Passionist convent, Sant’Antonio Abate and Sant’Andrea Apostolo. Tangible testimony, material and immaterial, of the faith but also of the musical culture, as well as theatrical, which in the past has particularly characterized the north-Salento town.

After the first concert held last Friday 29 July and dedicated to the late Msgr. Francesco Pellegrinoauthor of an unpublished “Romanza a Sant’Oronzo” dedicated to Tito Schipapresented during the same evening, the next musical event will see once again the master Tonio Calabresetitular organist of the cathedral of Lecce and artistic director of the festival, who will accompany the soprano Francesca Mazzeo in a musical program conceived above all as a Marian spiritual itinerary presented on the eve of the solemnity of the Assumption of Mary. Hence the title of the concert, Magnificat.

Through the music of Frescobaldi, Bach, Vavilov-Caccini, Guilmant as far as Duboisthe main moments that characterized the life of the Madonna will be covered, from the Annunciation to her Assumption into heaven, which will particularly involve the public in a path of meditation and spiritual elevation. 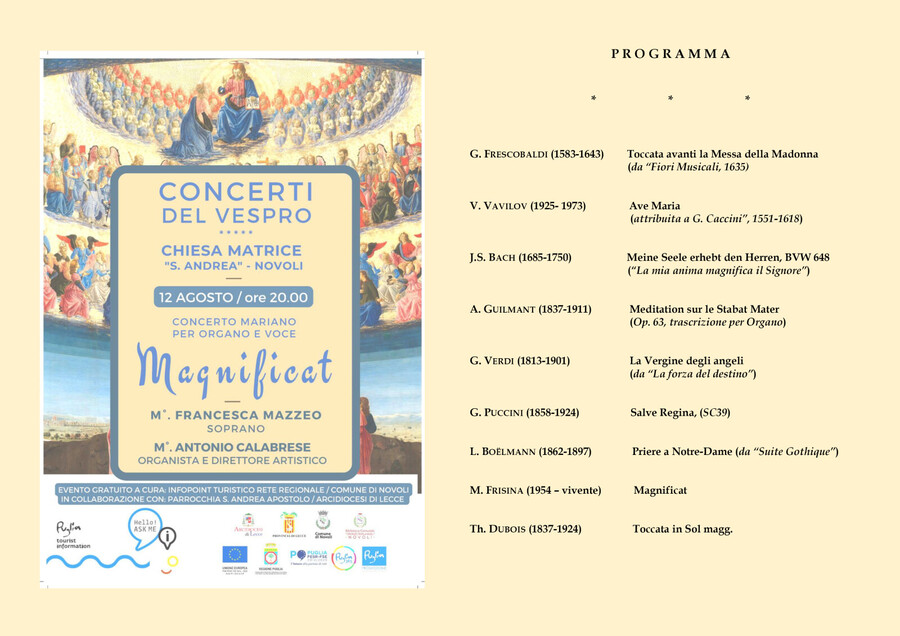