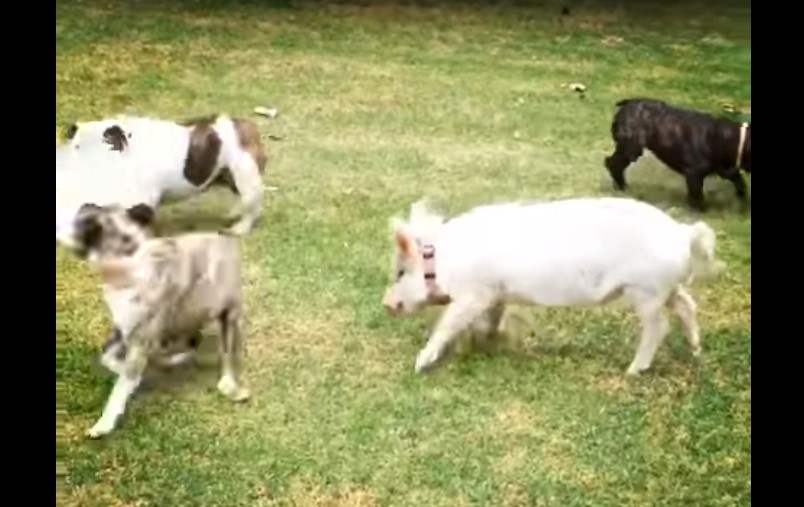 This kid named Olive considers himself a dog. Alyssa, the owner of the pig, said that he is completely used to the “dog” demeanor, reports facenews.ua.

He spends all his time with other dogs, playing and sleeping with them. If the dogs run to the gate to bark at passers-by, Oliva runs with all her might along with her friends.

Before Alyssa and Nick Childs had a pig in their home, they already had four dogs. One of them, a French bulldog named Lola, became a real loving foster mother to the baby, and now these two are simply inseparable.

Alyssa never gets tired of photographing wonderful moments from the life of her pets. She also loves to throw fun parties for her pets and dress them up in funny costumes.

See also  A court in Oviedo, the first to consider a dog as a "sentient being"