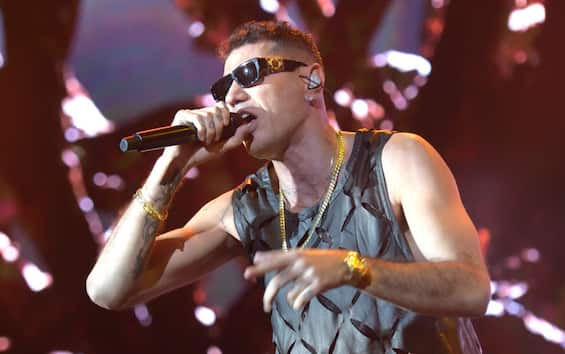 Sign up for our newsletter to stay updated on show news

After a successful summer tour, Marracash a few weeks ago the indoor autumn session started. The dates sold out quickly throughout Italy and each concert received the applause of those present, who said they were extremely satisfied with their participation. On the other hand, Marracash is one of the most successful Italian singers on the music scene in recent years and it is not new that his concerts are so popular. The lineup of the Marracash concert in Naples, like those of the other appointments, is a real journey into his music, from his origins to the present day.

Marracash in concert in Naples, the lineup

Elodie in concert at Magnolia, also Marracash in the audience

Il repertoire that Marracash has managed to build over the years is an important treasure for his future, because it allows him to have solid foundations to continue to carry out artistic projects of value and to have an important historical path to offer to his fans during the lives. Although Marracash’s production cannot be defined as varied in reference to the musical genre, it certainly is from the point of view of the issues addressed, which range from love to social denunciation. In all this, Marracash had to draw from this great archive to create the lineup of his autumn tour and, consequently, also of the Naples concert and he can only be satisfied with the final result he obtained, since he managed to harmonize with the older songs have succeeded with the most recent ones, creating a musical journey that accompanies the spectators of the concert on a journey through its evolution, growth and artistic maturation. Although the official schedule of the Naples concert has not been released, referring to that of the previous concerts, the order of release of the songs should not differ too much from this: