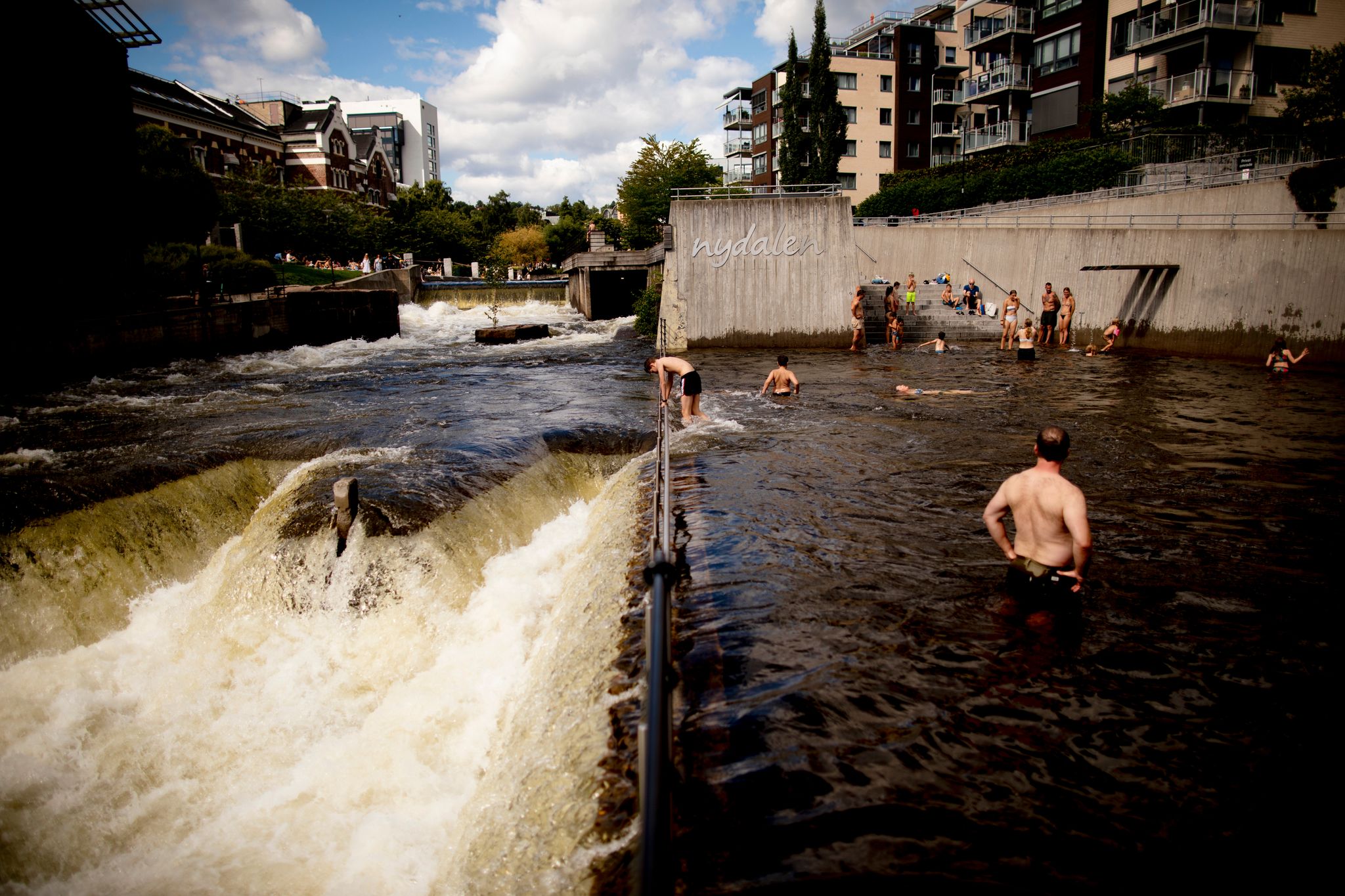 With a goal by “Cuti” Romero, Genoa won and kept the category – Soccer

Genoa, with a goal from Cordovan Cristian Romero, beat Hellas Verona 3-0 at home and kept the category in the Italian Football League, which...
Read more
Tech

The Water and Sewerage Authority has increased the water flow in Akerselva. A man was dragged 300 meters down when he bathed.

The current is strong in Akerselva by Nydalen and Bjølsen, writes Oslo Fire and Rescue Service on Twitter. Rescue divers have so far picked up two people from the water.

At 10 o’clock, the Fire Brigade reported several people who had to be rescued from the river. It was at Bjølsen.

– There was one who was taken 300 meters down the river. There is good speed in the river now, says duty commander Morten Bergh to Aftenposten.

The second case was at the bathing place in Nydalen at 2.30 pm.

– There was someone who clung to a ladder, says Bergh.

Both of the two rescued from the water were adults.

When Aftenposten visited the place at 4 pm on Friday afternoon, many people were swimming in the swimming pool in Nydalen. Here it is still allowed to swim, while the Fire Brigade advises against swimming in the river itself due to the strong current.

No one defied the advice to stay away from swimming in the river when Aftenposten’s photographer was in Nydalen.

Fire chief Henrik Aakre at Sagene fire station has more details from the incident where the man was dragged down the river.

– It was a guy who went swimming in the river, as he usually does. It does not look so scary, but it is only when you get out that you feel how strong the forces are, says Aakre.

The man is in his early 30s, and is described as a skilled swimmer by Aakre.

– He was taken down the river and down a small waterfall. He ended up further down and settled down. In the end, he was pulled ashore with a lifebuoy, which fortunately was there, says Aakre.

The fire brigade has now blocked off several places by the Akerselva. They do not recommend swimming or swimming where the barriers are set up.

– But elsewhere along the river where it is obviously calm, it is perfectly fine to swim, he emphasizes.

– The water flow in Akerselva was increased from 10 cubic meters in seconds to 15 cubic meters per second at 08.30 on Friday. We expect this water flow throughout the weekend, writes communications manager Kjetil Bjørnsrud in the Water and Sewerage Authority in an SMS.

– We thus get the desired decrease in the reservoir filling in Marka. The inflow also decreases gradually, but precipitation is also expected from Sunday, Bjørnsrud writes further.

– Do you have routines for notifying other agencies or bathers when the water flow is increased?

– We have a routine notification to a number of agencies, government agencies and companies that can be affected every time we do something with the water flow in the river.

– In light of today’s events, would you consider notifying bathers as well?

– We can never say that it is safe to swim in Akerselva. There is great water flow in the river now and enormous forces at play. It must be up to the person bathing to assess whether it is safe for the individual. We encourage the public to be careful and take the forces in Akerselva seriously.

– There is a lot of water in Marka now, and we are increasing the water flow to bring down full reservoirs. It is absolutely necessary, writes Bjørnsrud.

When drowning in Oslo, call the Oslo Fire and Rescue Service on 110.

– Then you come straight to us. We have rescue divers at two stations in Oslo, which are often quickly in place. Today it was a matter of minutes before we were on the spot, says Bergh.

Share
Facebook
Twitter
Pinterest
WhatsApp
Previous articleAnti-IBK coalition rejects power sharing proposed by ECOWAS
Next articlePreview: These series are worthwhile in August 2020
Save 60.0% on select products from SAMMIX with promo code 6018YMV7, through 4/25 while supplies last.

Should Barcelona worry about Lautaro Martínez’s lack of goal?

It seems that Barcelona hasn't stopped thinking about the possible signing of Lautaro Martínez for the 2020/21 season, but the Argentina's goal drought It...
Read more
News

Atlanta policeman charged with “murder” after death of African American

With a goal by “Cuti” Romero, Genoa won and kept the category – Soccer

Genoa, with a goal from Cordovan Cristian Romero, beat Hellas Verona 3-0 at home and kept the category in the Italian Football League, which...
Read more
Tech

These 3 Zodiacs Are Predicted to Be Lucky Throughout August 2020: Leo continues to be highlighted

Zodiak Leo (Sumber: Is) JAKARTA, KOMPAS. TV - In August 2020, some people are looking forward to this month. ...
Read more