During 2021, special attention was paid to the ideological, civic and patriotic education of students.

During the meeting, the results of the work of the education system of the Grodno region in 2021 were summed up and priority tasks for 2022 were identified. The Collegium was attended by Assistant to the President – Inspector for the Grodno Region Yury Karaev, Deputy Chairman of the Regional Executive Committee Viktor Pranyuk, Head of the Main Department of Education Ruslan Abramchik, Deputy Minister of Education of the Republic of Belarus Alexander Kadlubay, as well as deputy chairmen of the city-district executive committees, heads of administrations of districts of the city of Grodno, supervising issues of the social sphere, chairmen of regional organizations of the Belarusian Trade Union of Education and Science Workers, heads of higher education institutions, heads, representatives of services with which the main department of education interacts. 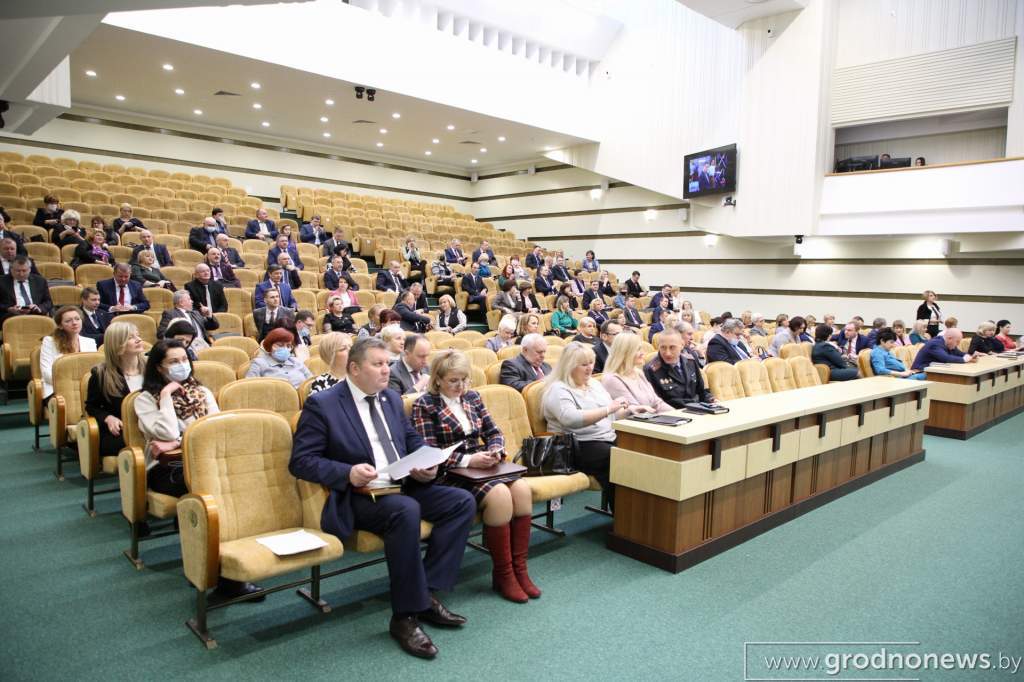 During 2021, special attention was paid to the ideological, civic and patriotic education of students, the education of information culture, the prevention of destructive manifestations, the organization and holding of events within the framework of the Year of National Unity.

The importance of patriotic education of youth was noted by the deputy chairman of the regional executive committee Viktor Pranyuk.

– We must turn the minds of young people, remove all kinds of historical myths that have enveloped the whole country today. There is a basis, and on it we are obliged to educate the youth. This is especially important in the Year of Historical Memory, – Viktor Pranyuk said. – I think that on February 27, on the day of the referendum, we will see that the work that we carried out, including at the dialogue platforms, has borne fruit.

The fact that the Grodno region is a flagship in many areas in upbringing and education, said Deputy Minister of Education Alexander Kadlubay. 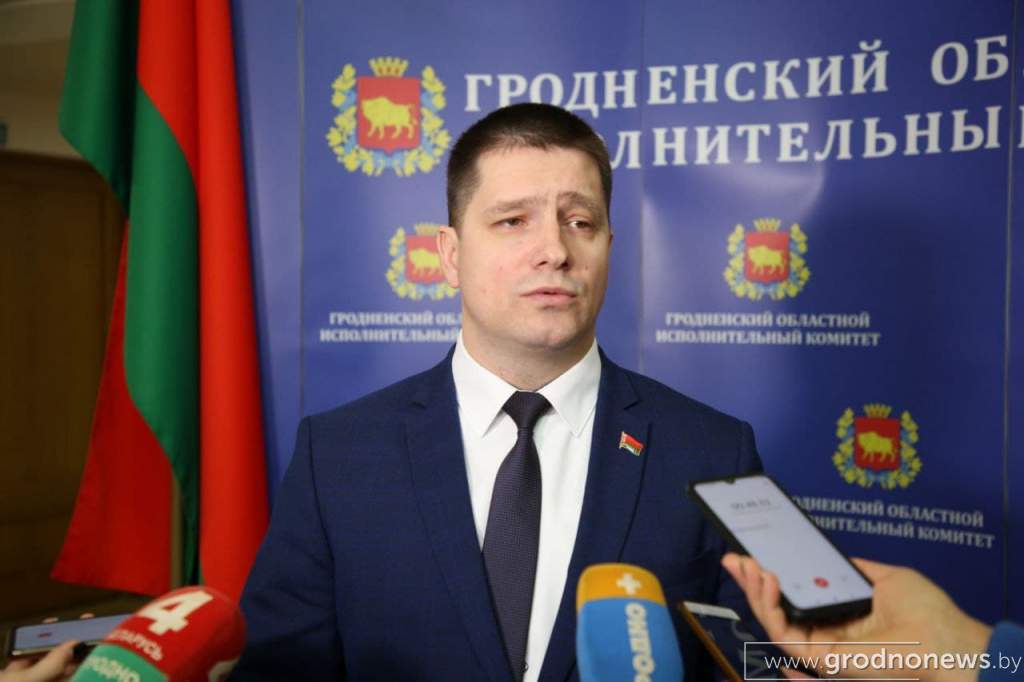 – Experimental, innovative practices are being implemented in the region, which then become the norm at the level of the republic. And among those indicators that are in the priority of the educational policy of the Ministry of Education, the Grodno region is in the lead, said the deputy minister. As an example, he noted the experience of advanced training of personnel on the basis of the Grodno Regional Institute for the Development of Education. – Here the work is well organized. If in other regions we need to orientate what niche we need to occupy, then in the Grodno Institute for the Development of Education and the main department of education of the regional executive committee they quickly find their bearings. Take, for example, leaders in the military-patriotic education of youth. Here we immediately began work: we developed programs and components. They are ready ahead.

We do not give up positions 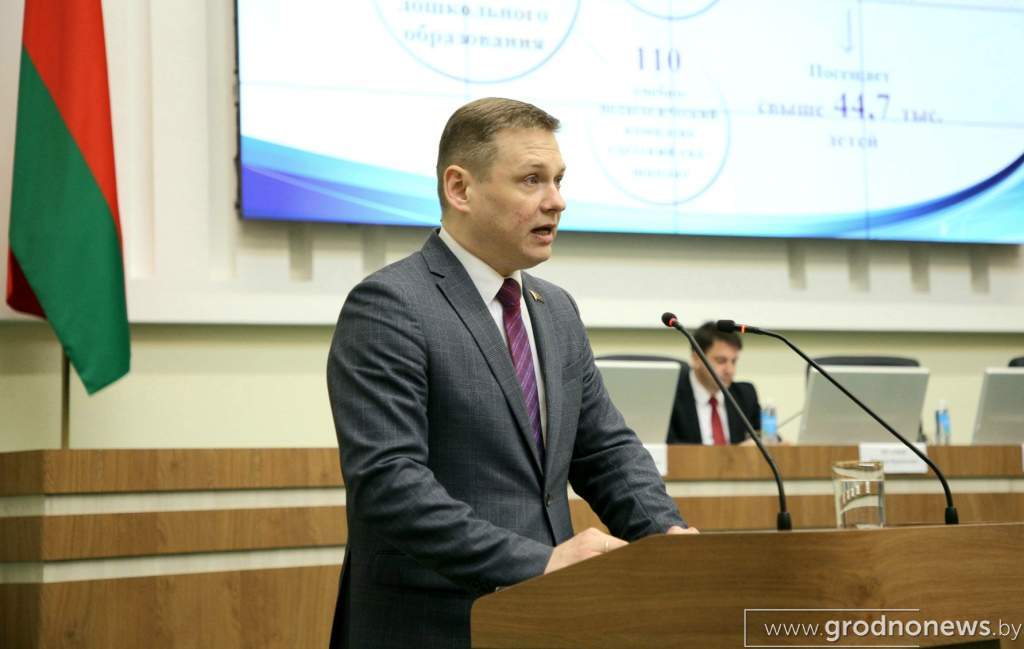 – 2021 was a landmark year for the country’s education system. The VI All-Belarusian People’s Assembly, the Republican Pedagogical Council with the participation of the Head of State, parliamentary hearings on the state and prospects for the development of the education system … Each of these events ended with a certain set of tasks that need to be implemented. Last year was successful for the formation of the Grodno region. Thus, within the framework of the working visit of the Minister of Education Andrei Ivanets to the Grodno region, a high assessment was given to the quality and saturation of events within the framework of the project “Grodno – Youth Capital of the Republic of Belarus-2021”. We not only presented educational, excursion, technical potential, but also managed to strengthen the position of the city of Grodno. The Technopark of Grodno University named after Yanka Kupala, a number of laboratories for students of the agricultural university, a medical university were opened. Young people are getting more and more opportunities for self-realization, – said Ruslan Abramchik, noting that in general, the main efforts of the authorities last year were aimed at ensuring the availability and quality of education, maximum useful employment of minors, implementation of events dedicated to the Year of National Unity, optimization of costs in the industry and strengthening the material and technical base . 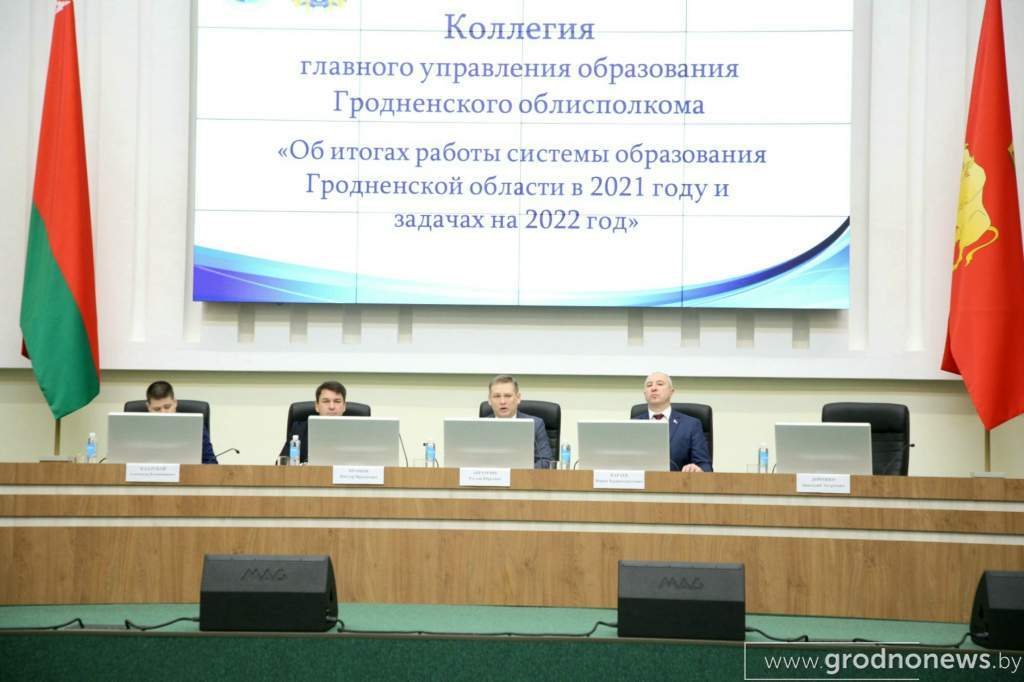 As noted at the meeting, a flexible multifunctional network has been preserved in preschool education, which makes it possible to ensure the variability of the educational process and its quality. Here, emphasis will be placed on further ensuring the walking distance of educational institutions and the safety of children. In Grodno, the construction of kindergartens in the Grandichi microdistrict for 230 children and in Skidel for 190 children continues. In December 2021, construction began on two kindergartens in Slonim and Lida. By the end of 2025, it is planned to build five more kindergartens in Grodno, Skidel, Oshmyany, Volkovysk and Ostrovets.

In general and secondary education, all necessary measures were taken to maintain quality education. Work was carried out with profile classes to deepen profiling. Almost 800 high school students continued their education in pedagogical classes and about 600 in agricultural classes. 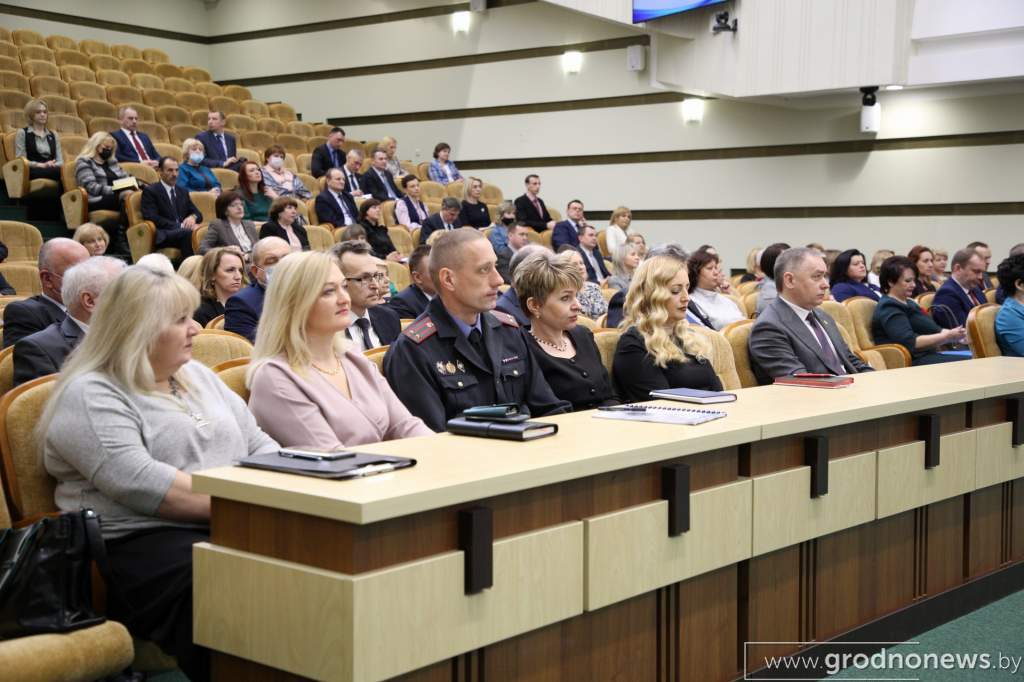 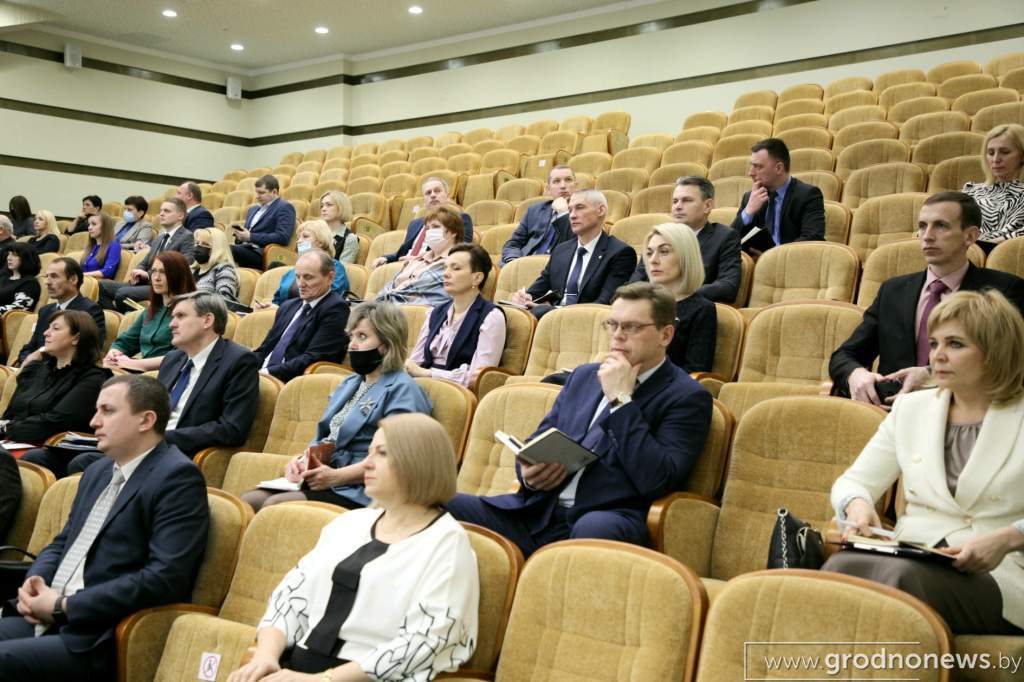 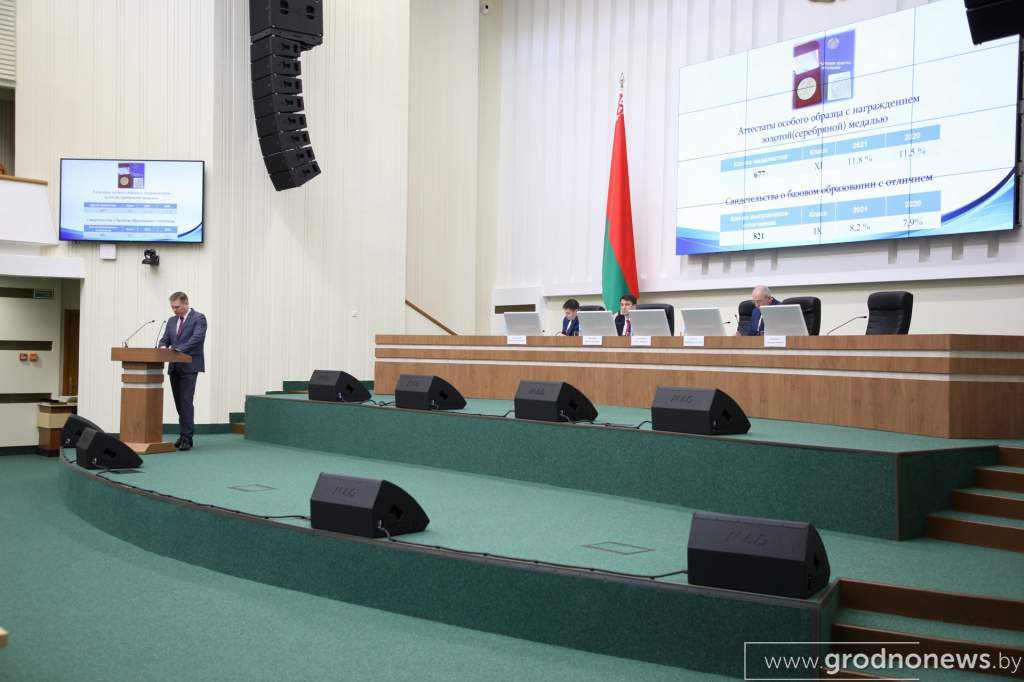 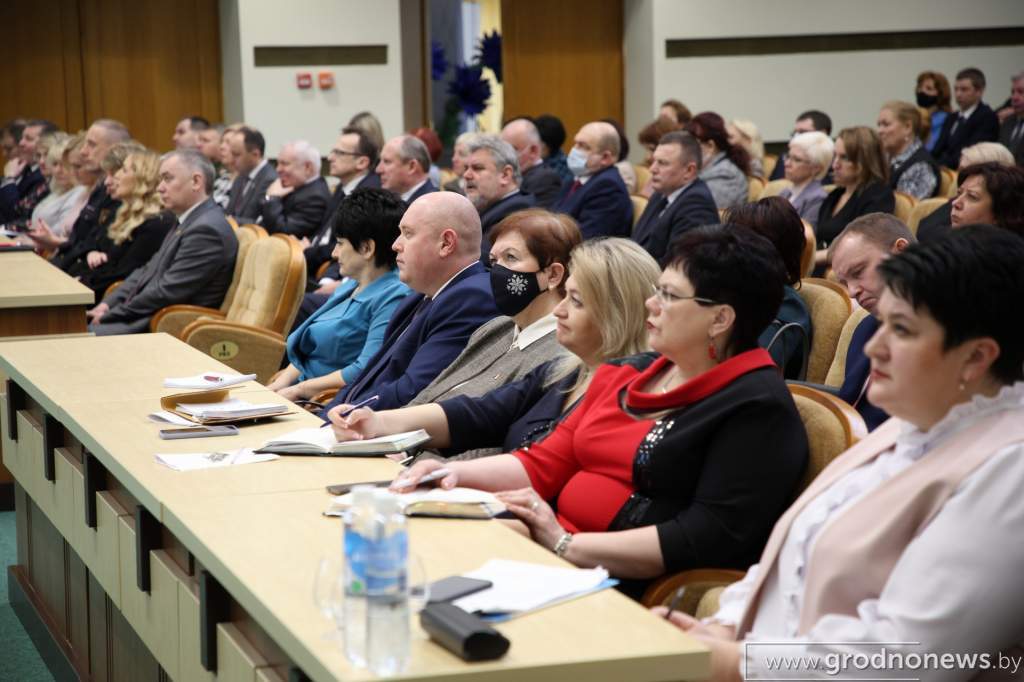 The region has retained its leading positions in the Olympiad movement. For example, schoolchildren won 5 medals at international subject Olympiads. Pleased with the results of centralized testing. Graduates received 40 hundred-point results. Young residents of the region successfully performed at various creative and technical competitions, including international ones. 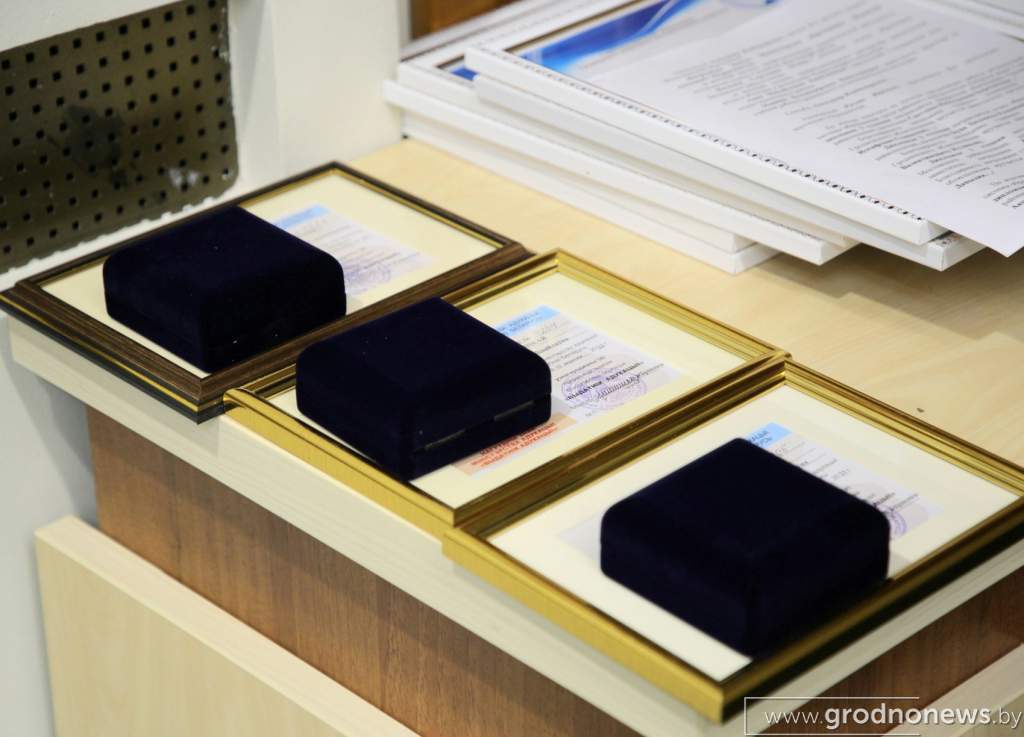 – A lot of big and small victories shows that the system is working dynamically, we are coping with the tasks set, – Ruslan Abramchik said.

Particular attention, as Ruslan Abramchik noted, was paid to improving the material and technical base. So, in the schools of the region, new teaching aids were installed, biology, chemistry, and physics classrooms were updated. More than 350 computers were purchased for educational institutions and buses were purchased at the expense of the budget to each district of the region. The work will continue this year as well. 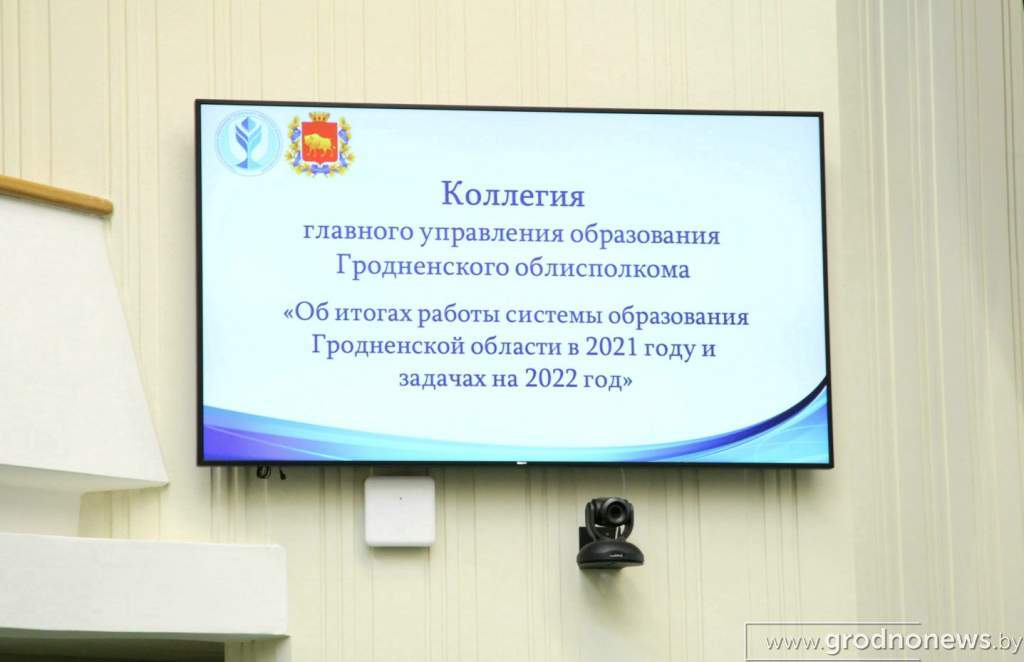 – The renewal of the vehicle fleet for the transportation of children to schools will continue. The novelty of this year will be the possibility of leasing buses. At the expense of the International Bank for Reconstruction and Development, 15 educational institutions will be repaired in the region in 2022. A total of 50 objects are included in the program. The IBRD allocated about $13 million for their repair. Some of the work has already been completed. An important aspect is also the elimination of shortcomings identified in educational institutions by interdepartmental commissions under the leadership of the State Control Committee in 2019. As part of the implementation of the activities of the Ministry of Education, the issue of equipping institutions with modern technical labor rooms is being worked out, – Ruslan Abramchik said. 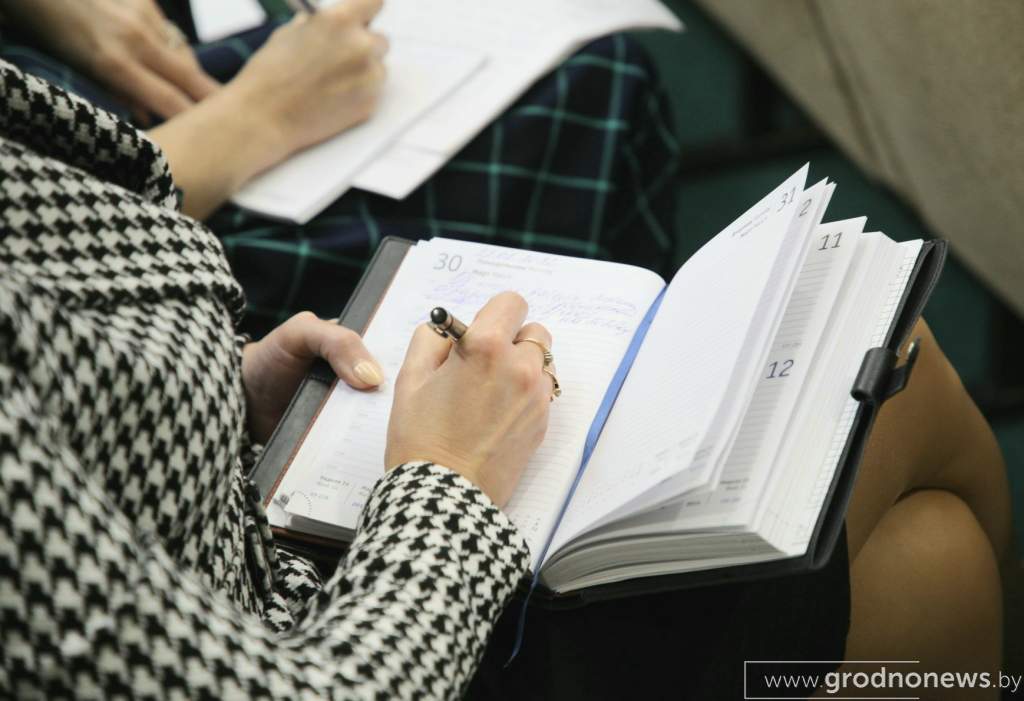 Operational and current news of Grodno and the region in our Telegram channel. Subscribe via the link!