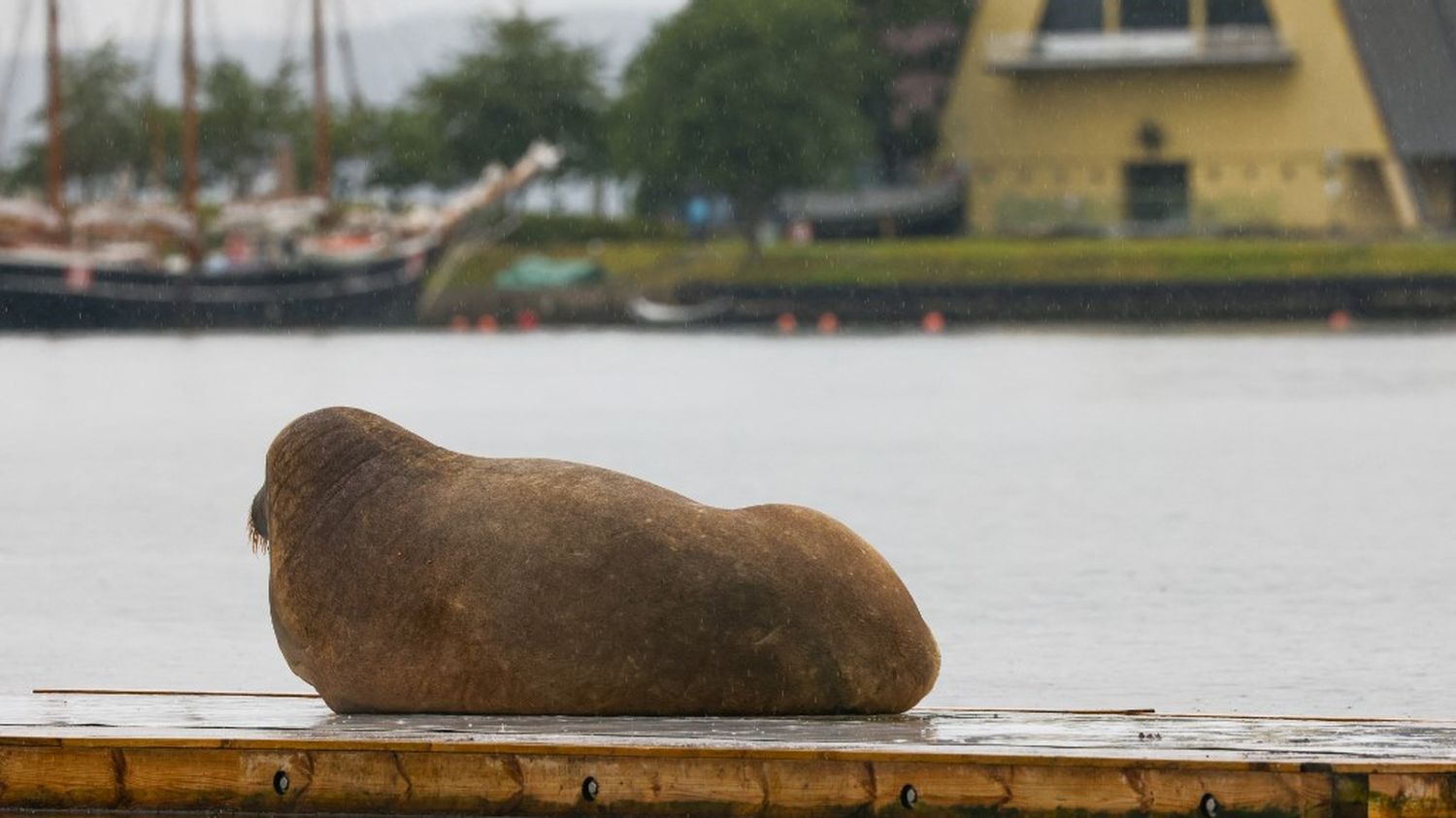 A summer sensation in the Oslo fjord (Norway) to the point of putting the lives of the public and his own in danger, the walrus Freya was euthanized on Sunday August 14. This decision, defended by the authorities as the only “viable”is considered rushed by experts. “The decision to euthanize the walrus was made based on a comprehensive assessment of the continuing threat to human security”the head of the Norwegian Directorate of Fisheries, Frank Bakke-Jensen, said in a statement.

Walruses generally live in more northern latitudes, in the Arctic, but Freya, whose name refers to a goddess associated with love and beauty in Norse mythology, bathed in the waters of the Norwegian capital since July 17. The young female of some 600 kilos had been filmed chasing birds or climbing on boats swaying under her weight to doze there (a walrus can sleep up to 20 hours a day), doing significant damage in the process.

“We have carefully considered all possible solutions. We have concluded that we cannot guarantee the welfare of the animal by any means available”, said Bakke-Jensen. Authorities had warned on Thursday that Freya could be euthanized if the public did not stay away from the mammal.

For experts, the decision to euthanize does not take animal welfare into account. “It’s very shocking. We are in a situation that offers an opportunity to show consideration for wild animals and to show people how to show consideration for wild animals”, estimated with television TV2 a spokesperson for the animal protection association NOAH, Siri Martinsen. It is also a hasty measure. “We should have tried fines. Then we would probably have seen these masses of people disappear quickly”she judged.

Despite the instructions, curious people bathed near the animal or approached it excessively, sometimes with children, to photograph it. “It is infinitely sad that they chose to euthanize such a beautiful animal simply because we did not behave well with him”, for his part said the biologist Rune Aae, interviewed by the local agency NTB. While the walrus does not normally prey on humans, authorities say it may feel threatened by unwelcome people and attack them. Considered, the displacement of Freya, “was not a viable option” because of its complexity, explained the Director of Fisheries.