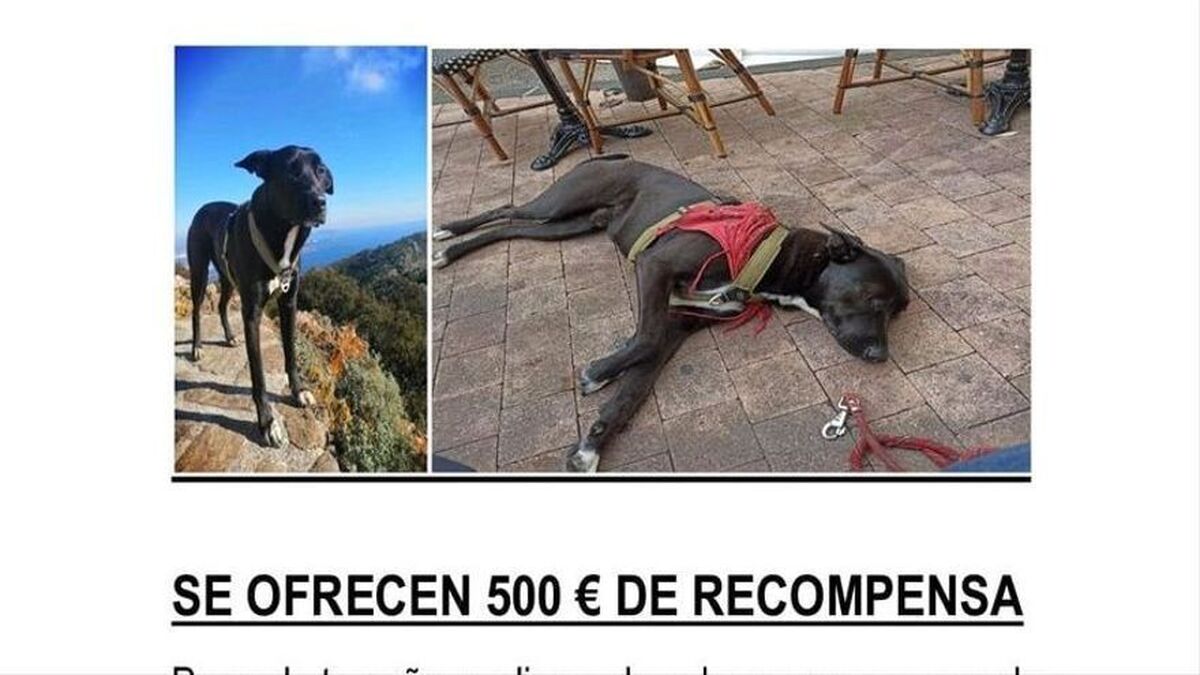 His name is Dub and he had been missing since last August 1st. The last time they saw him was at a gas station on the outskirts of the city of Vitoria and since then his owner Gabin, a boy who was traveling from France to Portugal with a group of friends, has not stopped looking for him.

Gabin and his friends were pumping gas when suddenly the dog jumped out of the van. Once they were done, they headed for their new destination, not noticing Dub’s absence until many miles later.

The moment Gabin realized that his dog was not with him, he decided to stay in Vitoria to search for his pet with the help of several volunteers who created a search network until some even gave up, but everything changed. when on Thursday they gave a notice in the municipality of Siete Iglesias de Trabancos, in the province of Valladolid.

Emotional meeting between Dub and Gabin

The spread of messages on social networks reached Gabin and he decided to travel overnight from France to Vitoria, arriving at one in the afternoon. There he got into another vehicle until he arrived at Siete Iglesias de Trabancos.

Some neighbors told him about the place where he was seen and advised him to act cautiously so that the dog would not get scared. Two days later (Sunday) Gabin saw his dog but unfortunately got scared and ran away. Gabin was sleeping in a tent when another two days later (Tuesday) a neighbor came up in the morning telling him where Dub was and that he was asleep.

The meeting was very emotional and was shared on the Twitter social network, despite the fact that no one can know how he got to a town more than 300 kilometers away from where he was last seen. Luckily, Dub went to the vet before coming home and is in good health.

♥️🐕♥️ They find the missing dog in Valladolid almost 2 months ago at a gas station in Vitoria https://t.co/TVPn3Vm1qT pic.twitter.com/2HmstXRnyR