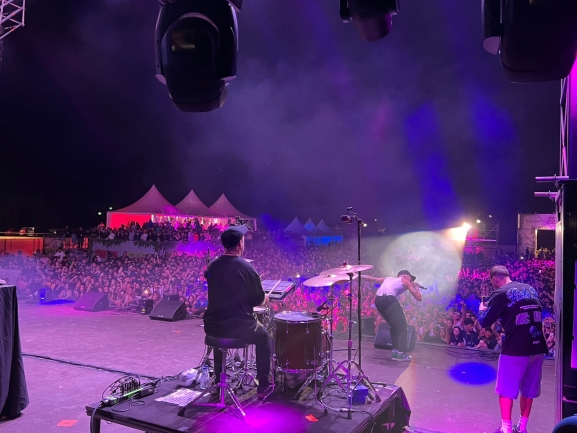 After two intense days of music, the festival will receive today the latest artists who will liven up the afternoons and nights in Pinar del Río. Meanwhile, in Covaleda they face the increase in the number of visitors.

The Covaleda Fest has become, for one reason or another, the summer event in the province. Controversy surrounded the festival since the high fire risk alarm derived from the climatic conditions began to hit the province. Then followed a series of accusations, sabotage and requests for calm that they did not alter the celebration of the event, that It finally opened its doors last Thursday, August 4.

Some of the most outstanding names of the urban and pop music at national and international level, of the size of Kady Cain, Rels B, Orslok, La la love you, Natalia Lacunza or the sorianos from El Guapo Calavera. The event has also featured catwalks, exhibitions, showcooking and market, meeting daily thousands of people.

But everything comes to an end and this will be the last night in which the Covaleda Fest will put a soundtrack to the nights of Pinares. Among those responsible for putting point and end to this first edition of the festival they find each other Recycled J, Aleesha, Morad or Marc Segui. On Sunday, thousands of young urban music lovers will return to their places of origin, ending this controversial festival.

Meanwhile, the inhabitants of the Pinares region are already noticing the increase in the number of visitors in their villages. Full bars and stores running out of stock, especially in Covaledato where thousands of young people have come to leave their economic footprint in the province.