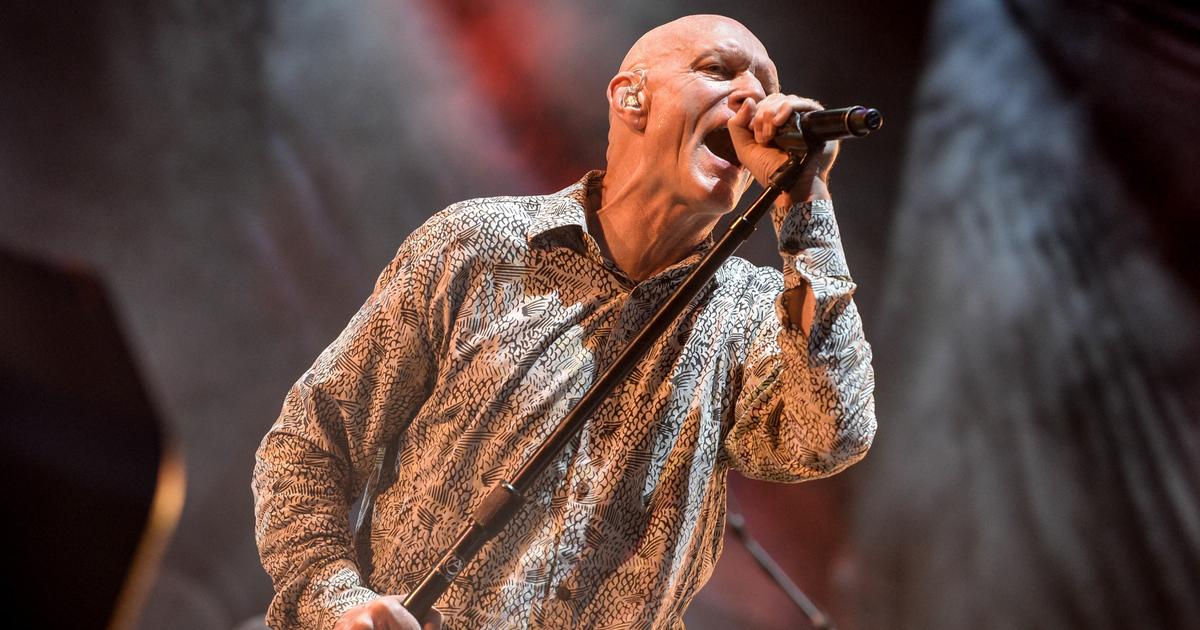 After almost 50 years of career, the Australian group is launched in its last wave of international concerts. After an intense performance but enamelled with technical problems at the Olympia in Paris, he bids farewell to the French public this Saturday, July 16 at the Vieilles Charrues.

It’s Midnight Oil’s last world tour: the opportunity for its leader Peter Garrett to come back to the history of this Australian group which has everything“an accident”. Two years ago, the death at the age of 62 of bassist Bones Hillman prompted the four other members, almost seventy-something today, to reflect. When Resisttheir latest album, will be released in early 2022, «Oils» decided: the world tour launched will be the last of a career of nearly 50 years, with a bassist from Sydney, younger, recruited for the occasion. After L’Olympia in Paris and Lyon, Peter Garrett and his band will perform one last time in France on Saturday July 16 at the Vieilles Charrues festival (west) in front of 70,000 people.

“To say it’s the last time on French soil, after that we press the switch… Our relationship with France was so unexpected, it was like a treasure, to think that five sweaty guys like us have been able to play at the Olympia”, blows Peter Garrett, joined by AFP between two French dates. The bald singer, nicknamed the “Green Giant” for his height (1.93 m) and his ecological commitments (he was briefly Minister of the Environment in his country), is delighted with the loyalty of the French public. Even when he criticized President Jacques Chirac for nuclear testing in the Pacific. “In Midnight Oil, it has always been normal to mix music and politics and the French, who know how to demonstrate, know like us the importance of politics in our lives”, he comments.

How does he feel in this farewell tour which will end in October in Australia? “It’s hard to imagine coming home knowing that it will be over, we tell ourselves that we will have experienced something unthinkable”, he confides.

The beginnings are insane. Garrett, who had previously sung in a band in Canberra, where he was studying, one day came across a classified ad: “Band is looking for a singer.” He then juggles between studies and a food job. “I said to myself “it can be funny”. We shoot, we slept on the beach, in the car. But the best thing is that they tell me “thank you, it was nice, but we will find another singer” (laughs)”. “I return to my studies, they do not find. I tell them “Well, it’s me”.

Tuesday, July 12 at L’Olympia, the energy was intact and the group was not destabilized by microphone problems during the first songs. It must be said that Midnight Oil has seen others, touring the Australian pub circuit for a long time, targeting working-class audiences in towns and their outskirts, suburbs or coastal towns.

“At the beginning, people had the impression of looking at fairground animals, we were different, between punk intensity and political messages to encourage them to see beyond their windows”, says the singer. After the first albums at the end of the 1970s – “we had an Australian voice, we rejected groups that imitated the Americans or the British” – Midnight Oil plays for aboriginal communities in the bush. The theme of the spoliation of the first Australians irrigates the album Diesel and dust (1987) with his hits The dead heart et Beds are burning.

“Midnight Oil was an accident waiting to happen and we survived the crash, we were always tough with the record companies, to keep our independence, and we lasted all this time, whereas today we give an album and only six months to a group to prove themselves”, he summarizes.

See also  in Forges-les-Eaux, all the summer events not to be missed!

Garrett will no longer be heard with the «Oils» on stage, but he will always have things to say. In interviews, he always gets angry with leaders who “play Russian roulette with global warming”.