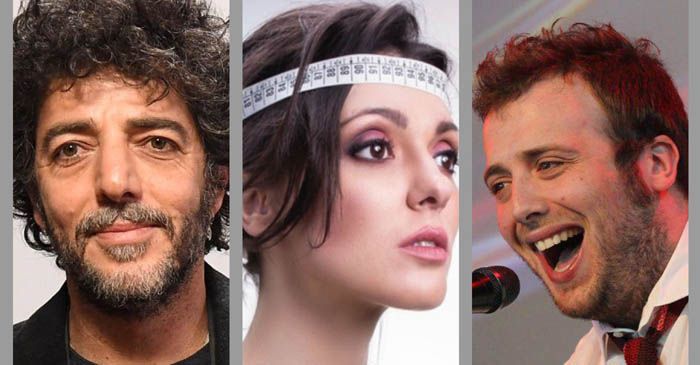 Twelve days of music. A second edition full of international artists, including Snarky Puppy, Dianne Reeves, Paolo Fresu and many others. The complete program and where to buy tickets

Max Gazzè, Raphael Gualazzi, Simona Molinari, Dianne Reeves and Paolo Fresu: these are just some of the great artists who will stop in Palermo for the Sicily Jazz Festival 2022. After the great success recorded by the first edition of last year, the festival dedicated to Jazz music returns with a program full of concerts, from 24 June to 5 July.

The second edition will be dedicated to peace and solidarity, because music is a universal language, understood by all without limits of age and gender, without limits of belonging and race. Jazz, recognized in 2011 by UNESCO as an Intangible Heritage of Humanity, is the musical genre characterized – since its origins – by intercultural dialogue, tolerance and mutual understanding. And this year it is more than ever an instrument of union and humanity, in a period of tragedy and war.

A message of peace that is shouted with the notes of jazz by many artists engaged in original musical productions, sometimes unpublished, often in national exclusives and sometimes in world premieres.

Another novelty of the Sicily Jazz Festival 2022 edition is the partnership that the Brass Group has managed to create with one of the most important European orchestras, the Concertgebouwn Jazz Orchestra, who will perform at the Steri on 24 and 25 June with the great Dutch artist Trijntje Oosterhuis, the soloists Vito Giordano and Orazio Maugeri, under the direction of Domenico Riina.

The artists and the concerts: the program

Among the international artists who will take the stage, there will be, for the first time in Sicily, the Snarky Puppy (July 5th), the Brooklyn jazz and fusion band led by bassist, composer, producer Michael League, and winner of several awards, including the 2017 Grammy Award for Best Contemporary Instrumental Album. Down Beat considered them the “Best Band of the Year”.

Another flagship of the festival, the American jazz singer Dianne Reeves (July 1), known as much for her live performances as for her records. Along with her peers Dee Dee Bridgewater, Diana Krall and Cassandra Wilson, Reeves is considered one of the most important female jazz performers of our time.

Also this year the Marching Brass Street Band that will turn along the streets of the historic center to breathe the air of music and jazz notes as a tangible sign of life and movement.

But that’s not all. The bill continues to be enriched with performances dedicated to the five conservatory Sicilians. The jazz departments of the conservatories “Alessandro Scarlatti” of Palermo, “Arcangelo Corelli” of Messina, “Antonio Scontrino” of Trapani, “Arturo Toscanini” of Ribera and the Higher Institute of Musical Studies “Vincenzo Bellini ”of Catania. All the conservatories will have dedicated spaces with many performances thanks to their youth orchestras directed and accompanied by teachers, each for their musical artistic skills.

Finally, the Sicily Jazz Festival sees the participation of jazz artists residing in the Sicilian territory, including Gianni Gebbia, Rita Collura, Alessandra Bertolino, Francesco Nicolosi, the Cordepazze, the Jazz Out Project Trio, Marianna & Joe Costantino Group and many others.

The Jazz Village and collateral events

In addition to the musical moments, there will also be book presentations and video performances that will have as a theme the importance of jazz music as an instrument of freedom and peace. Another protagonist of the Festival will be the Jazz Village with an innovative scenography-installation in the open air.

See also  The concerts are back at the LAC

The subscriptions to 12 concerts at the Teatro di Verdura, with prices ranging from 100 euro ai 90 euro.

As for the concerts in the other places of the Jazz Village (Steri, Santa Cecilia Theater e Let’s save) the single day ticket is 5 euro. The subscription to all the concerts is 25 euro.

For the entire duration of the Festival (24 June-5 July) all the sites in the village area will also be open as a box office starting at 16.30.

For more information on tickets and passes, you can call the numbers 091 7782860 o 334 7391972; or write an email to info@thebrassgroup.it or connect to the sites of the Sicily Jazz Festival and of The Brass Group Foundation.