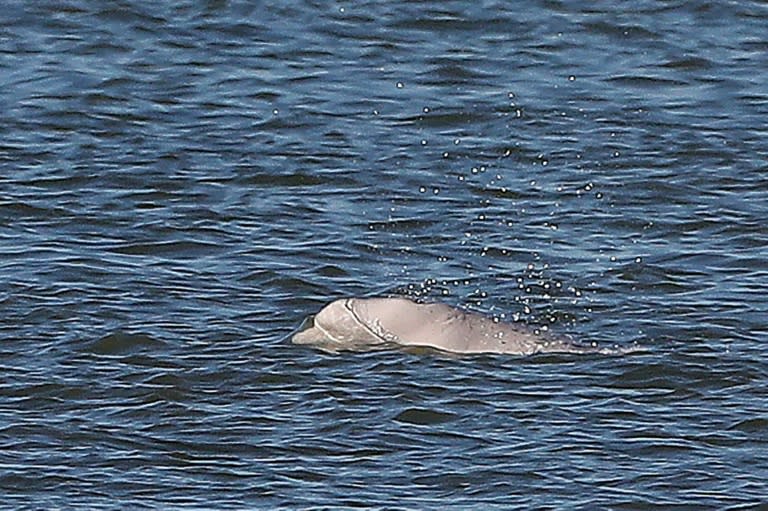 The beluga spotted Tuesday morning in the Seine was observed again Friday in the middle of the day but the animal turns out to be “very fleeing”, told AFP Gérard Mauger, vice-president of the Group for the Study of Cetaceans of Cotentin. (GEEC).

“He has the same behavior as yesterday, we have the feeling that he is very elusive. He makes very short appearances on the surface, followed by long apneas”, indicated Mr. Mauger. “Even trying to approach him with great care, it’s difficult. He makes a lot of changes in direction,” continued the association manager. So much so that “we wonder” about what to do with this animal, he added.

Approaching about fifty meters, “we made acoustic recordings, with our engines cut, but he did not make any sound emissions”, regretted Mr. Mauger.

The animal was still Friday afternoon between the locks of Poses and Saint-Pierre-la-Garenne.

The cetacean, “thinned” but “toned”, did not respond to “guiding attempts”, according to the prefecture, indicating that “the services engaged will now be as least intrusive as possible” in order to avoid stressing it.

“Several cases of belugas coming up rivers have occurred in previous decades and it is possible that the animal will find its way back on its own. survival”, she added, while ensuring that “increased surveillance” of the animal will continue.

Four boats were in the area on Friday, according to Mr. Mauger, that of the SDIS (firefighters), the OFB (French Office for Biodiversity), the Sea Shepherd association and the SNSM (National Society for Rescue at Sea).

See also  Why do dogs eat feces and grass?

In May, an orca found itself in difficulty in the Seine between Rouen and Le Havre. The operations to try to save the cetacean had failed and the animal had finally died of starvation.

The necropsy – a post-mortem examination carried out on an animal – had confirmed the “poor physical condition” of the orca, an “immature” female of more than four meters and 1,100 kg and had made it possible to discover a bullet lodged in the base of the mammal’s skull.

“No certainty” could be established on the link between the ammunition and the death of the orca, the experts favoring “the hypothesis according to which the animal died of inanition”.

This sad outcome, “that’s what we want to avoid with the beluga. For us, you have to do a DNA test quickly to find out its origin and carry out a repatriation.

The urgency is already to feed him with dead fish, probably frozen herring, to prevent him from running out because the environment is not very welcoming for him,” the president of Sea told AFP. Shepherd, Lamya Essemlali.

According to the Pelagis observatory, a specialist in marine mammals, this is the second beluga known in France after a fisherman from the Loire estuary had brought one up in his nets in 1948.

In 1966, another individual had traveled up the Rhine to Germany and in 2018, a beluga was observed in the Thames estuary in England, recalls Pelagis.