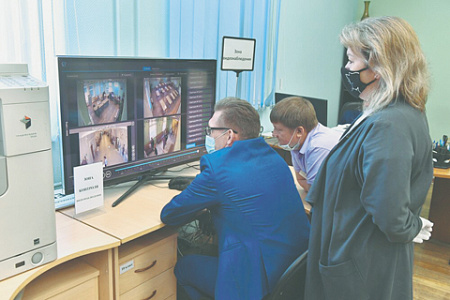 The Ministry of Education claims that the USE is “the most objective assessment of students’ knowledge.” Photo by Moscow agency

The competition for getting a high average score pushes schoolchildren to choose social science at the Unified State Exam instead of physics. That is why the Deputy Committee of the State Duma on Science and Higher Education Alexander Mazhuga took the initiative to cancel the average score in the Unified State Examination as an assessment of the quality of education at school. The bill may be submitted for discussion in the fall.

In general, who and why needs such an indicator as the average score in the USE? First of all, Rosobrnadzor. This is very handy for reporting, for example. Universities also need the average USE score as official statistics, which the university reports to the Ministry of Science and Higher Education of the Russian Federation to analyze the quality of admission. Comparison of average scores of schools is necessary for rating agencies. Moreover, the Ministry of Education says that the USE is “the most objective assessment of students’ knowledge.” By the way, agencies very often complain that the information on schools processed by Rosobrnadzor is closed. And then agencies draw data from open sources. Meanwhile, schools try not to disclose the full picture either and report on their websites mainly that so many percent of graduates passed the Unified State Examination with 220 points.

Previously, it was often said, now for some reason less often, that the results of unified state exams often turn into an uncontested measure of the work of teachers, schools, governors and regions. Like, it is impossible that the average score of the Unified State Examination should be a measure of the activity of the entire educational institution. Neither the USE is the only school alive. Of course, the school may use the GPA, but only as a “self-examination”. Where, who, what badly passed. And for the school itself, such a self-examination will serve as a guide for further development.

By the way, at the time, researchers at the National Research University Higher School of Economics proposed other criteria for compiling ratings. For example, according to the level of mastering the educational standard for obtaining a document on secondary education. Or according to the level of readiness to continue education: choosing exams in the form of the Unified State Examination, a graduate demonstrates his intention to study at a university. But he will be able to participate in the competition for the chosen specialty only if he overcomes the minimum threshold for all subjects passed. Another option is the equality of access to education of the appropriate quality, because often – and this is not a secret – schoolchildren pass exams as “excellent” only thanks to tutors.

So, what is the point of the current initiative? According to Alexander Mazhuga, deputy of the State Duma of the Russian Federation, the rating of an educational institution directly depends on the average score, and its prestige and popularity depend on the rating. However, it is difficult to call this system objective. “Teachers and management encourage children to pass those subjects that are easier to pass,” the parliamentarian states. – For example, for many years now the most popular subject that can be taken by choice has been social science. It is clear that it is much easier to cope with it than with the same physics or chemistry. But this leads to the fact that we have a reduced influx of applicants for engineering and technical specialties.”

See also  Elthon Rivera gets a scholarship to study medicine in Romania, he was expelled from UNAN for protesting

According to Mazhuga, “as an alternative, we can estimate the number of guys who take the exam in engineering and technical specialties. Or by the number of schoolchildren – participants in creative competitions, olympiads, some kind of project activity. These indicators are no less important, if not more important, than the average score.

Anatoly Wasserman, a member of the State Duma Committee on Education, also expressed his opinion on this matter. He cited as an example the development of an expert group, headed by his father, to assess the quality of education in universities. A complex methodology for reducing all indicators of education into some kind of coefficient in order to place educational institutions in the ranking did not succeed.

“No matter how you build universities, this ordering still turns out to be inaccurate in some respects. Institutions that rank first in one indicator are not always better. Therefore, in the end, the group generally abandoned the search for this coefficient for evaluation, and began to publish a summary of various indicators so that universities could independently decide which of the listed ones is more important for them, ”commented Wasserman. He is sure that sooner or later schools will also be evaluated on a number of factors. And he recalled that the education assessment system was considered ineffective even before the introduction of the Unified State Examination.

“When I was a schoolboy, exactly the same discussions concerned the average score in school certificates,” recalls Anatoly Wasserman. – Then they also said that this also forces teachers to come up with ways to make life easier for schoolchildren, not to gain serious knowledge, but to train for specific exams. All this rested on only one problem: no one has proposed another more effective way to evaluate the work of educational institutions, either then or now.