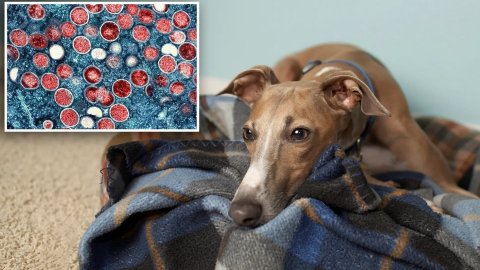 A dog who lived with two French men infected with the monkeypox virus started showing symptoms 12 days after they became infected, The Lancet reported. The 4-year-old male Italian greyhound had no previous symptoms and tested positive after developing symptoms including lesions and pustules on his abdomen.

Through DNA testing, researchers determined that the virus that infected both men and the dog was monkeypox. Since they developed symptoms, the two men have kept their dogs away from other people and other pets, but slept in beds with the animals.

“Our findings should prompt debate on the need to isolate pets from monkeypox virus-positive individuals,” the report states.

While the full symptoms of monkeypox in pets are unknown, look out for signs of underlying illness, including lethargy, lack of appetite, cough, nasal discharge or crusting, bloating, fever, and/or a papular or vesicular rash.

See also  A plan to save the threatened Pyrenean desman