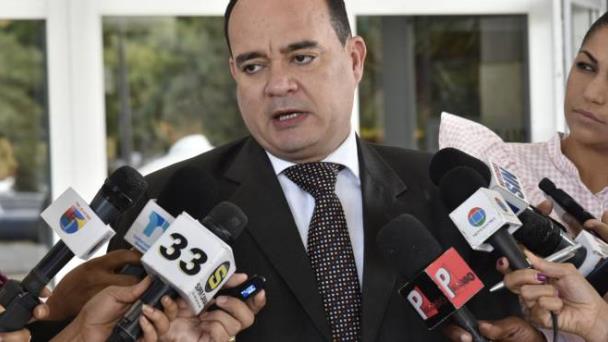 The president of the Bar Association, Miguel Surún Hernándezdemanded that an investigation be carried out into the allegations of irregularities in the management of the dismissed Minister of Education, Roberto Fulcar.

Surún Hernández affirms that the complaints filed with the Ministry of Education “They cannot go unpunished.”

Fulcar was dismissed yesterday by President Luis Abinader along with other officials, including the Deputy Minister for Administrative Management of EducationJulio Ramon Cordero Espaillat.

“There has to be a verification, confirmation of the facts that have been put into public opinion and that, if enough elements are gathered, then there will be drastic consequences,” said the president of Law School from Dominican Republic

It can’t just stop at officials from past administrations, he said.

He argued that both the Comptroller, Purchase and Contracting, Chamber of Accounts and the Public Ministry should initiate investigations against Fulcar, who upon being dismissed as Minister of EducationMinister without Portfolio was appointed.

During Fulcar’s administration, reports of anomalies were frequent, especially in the tenders that were made in the institution, some of which were suspended by Public Procurement. The last one had to do with the hiring of companies to supply digital books in which one of the bidders appears registered as a driver as the author of books.

Surún Hernández spoke after participating in the XXVII solemn swearing-in hearing of 277 new lawyers, in the Supreme Court of Justice, a ceremony dedicated to the career of Judge José Manuel Méndez Castro.

Journalist graduated from the Universidad Dominicana O&M, a profession she has practiced since 2004 in different media, especially print.