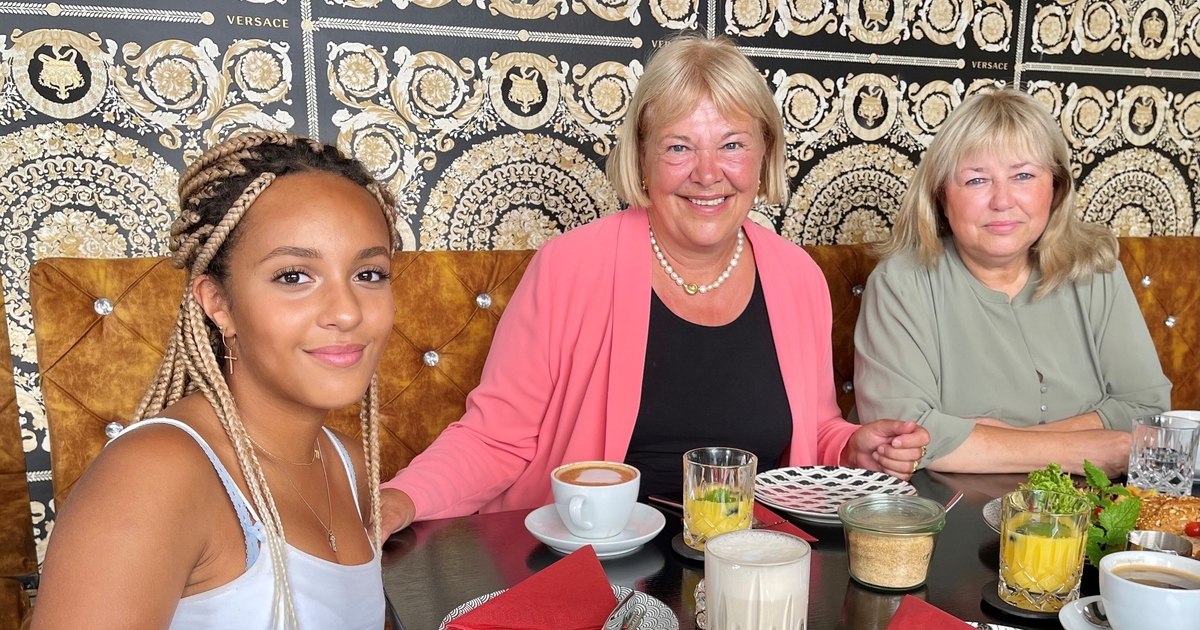 Shortly before leaving for the USA, Bettina Hagedorn traditionally meets with the young people for whom the SPD member of the Bundestag has taken on the sponsorship as part of the Bundestag’s parliamentary sponsorship program with the US Congress, at a press conference to discuss their expectations and hopes, as well as a year later after her return from her experiences. Hagedorn’s 17th “godchild” for the USA year abroad since 2003 is Aicha Binta Diallo from Curau, who has just successfully completed the Elisabeth-Selbers-Gemeinschaftsschule in Bad Schwartau and will soon be attending a high school as a scholarship holder and “Ambassador for Germany”. will visit in Alabama. Together with the SPD member of parliament Sandra Redmann, the farewell meeting took place over a breakfast with a lively exchange of ideas in Bad Schwartau almost two weeks before Aicha’s flight to the USA.

Hagedorn: “I am happy for Aicha that she will soon be able to get to know her American host family in Alabama in person, with whom she is already in close contact via modern networks. Two older siblings are awaiting her arrival, along with their parents and dog, and will provide her with a home for a year that will help her get a first-hand taste of life in the United States. Aicha is already looking forward to her high school, which will offer her a wide variety of courses – not only, but especially in the field of sports. Her engagement at the Elisabeth-Selbers-Gemeinschaftsschule as class and student representative as well as her work as a youth group leader have trained her social skills and are an optimal preparation for finding and asserting oneself in a foreign country with a different culture. Such a scholarship is a great opportunity to ‘think outside the box’ and at the same time to make contacts and make friends in the spirit of international understanding as an ‘ambassador of our country’. Such a year abroad is always a challenge to deal with difficult situations on your own and to learn a lot about yourself in the process. I can only encourage everyone to embark on this great adventure!”
See also  Teachers denounce Education does not pay them maternity leave for four years

Hagedorn not only speaks from her own experience – she also went to the United States for a student exchange as a teenager – but also refers to the consistently positive reports of her scholarship holders. Young women and men have already been able to travel to the USA sixteen times on their “ticket”, so far school students have had a chance 12 times. In 2003, 2009, 2015 and 2019 young professionals received a scholarship for the exchange program from Bettina Hagedorn after their training.

Aicha Diallo is already excited: “My farewell party is already behind me – in my mind I’m already packing my suitcase. The contact with my host parents in Alabama is so cordial that I am full of anticipation. The one-week preparatory meeting with many other scholarship holders from all over Germany in Berlin has already brought me a lot of exciting information and personal contacts, which increases my anticipation even more. Now it’s finally starting!”

Bettina Hagedorn encourages all eligible young people to apply for the coming year in order to have this great experience themselves and to have the chance to spend a year in the USA starting in the summer of 2023.

Background:
For the coming year 2023/2024, interested students and young professionals who were born (as students) between August 1, 2005 and July 31, 2008 and young professionals who after have a birthday on July 31, 1998. Unemployed young people who have completed vocational training are also eligible to participate. Completed military service or civilian service and a completed voluntary social, ecological or development policy year increase the upper age limits accordingly. Applications can be submitted online or by post using the official application form. Details and precise participation requirements can be found on the Internet at www.bundestag.de/ppp. This parliamentary youth exchange program between the German Bundestag and the US Congress was established in 1983 and usually provides hundreds of young people with an exchange scholarship year after year. Unfortunately, the program was only suspended during the corona pandemic.