Bilibili (hereinafter referred to as Station B) was officially listed in Hong Kong for the second time. However, the market broke on the first day of trading, with a drop of nearly 7%, which seems to have poured cold water on the B station, which is currently on the market. However, Chen Rui, the CEO of Station B, was quite calm in his words-when we listed on the Nasdaq three years ago, we broke on the first day. Today there is a feeling of “Yesterday once more”. In the past three years, the share price of Station B has risen 10 times.

Cloud communication sub-venue: as low as 7.2% off popular products, and as low as 0.034 yuan per message

Now returning to the B station of China’s capital market, will it continue the prosperity of the past few years?

The small target of 400 million in the “new three years”

It was not surprising that the service broke on the first day of station B. Affected by the overall environment, last week, China Concept Stocks experienced the biggest decline in the past five years. 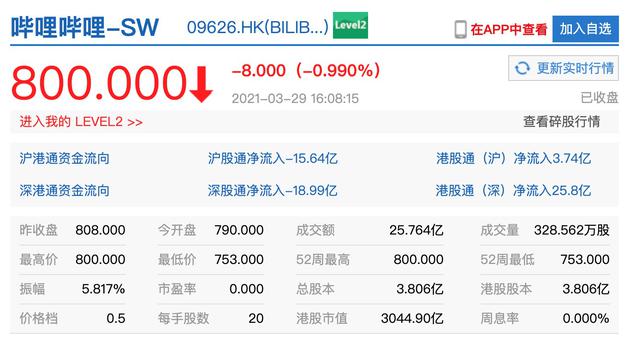 The outside world believes that the valuation of Station B is too expensive, and choosing a secondary listing at this time does not seem to be a good time.

Earlier, Station B determined that the Hong Kong stocks were listed at HK$808 per share, which was 18.2% lower than the IPO price ceiling of HK$988 per share. On March 26, Station B issued an announcement on the Hong Kong Stock Exchange stating that Hong Kong’s secondary listed stocks were oversubscribed by approximately 174.19 times for retail investors. After that, the subscription of station B also showed a clear trend of driving high and going low.

Chen Rui said in a media interview: “I think in this case, a smooth listing is considered a success, because the overall situation is relatively poor. I have full confidence that the company’s future development and long-term stock price should prove everything. .”

He believes that, just like when it was listed on the Nasdaq, no one remembers whether the stocks of Station B rose or fell on the first day, but they remember that Station B is a well-developed company.

Where does Chen Rui’s confidence come from? The first is the user market. Most of the current users of station B are the post-85s, and future growth is also aimed at the more than 500 million post-85s in China; the second is the content trend, “I always think that video will be a huge wave, not only For the Internet industry, and even for the entire society. In the future, every Internet user will become a video user. In the future, most of the content on the Internet will be video content. We and other peers are facing a huge incremental market.”

As of the fourth quarter of 2020, the number of monthly active users of station B was 202 million. Chen Rui once stated in an earnings conference call that the user growth target for the next three years is to “reach 400 million MAU within 2023.”

In three years, the number of monthly active users of station B will almost double. Three years ago, when B stood on the NASDAQ listing, the average monthly live count was 71.8 million. In the past three years, this figure has increased by 181%.

For station B to maintain a high growth rate of nearly 100% for three years, breaking the circle is the key path.

Breaking the circle is also the key word of station B in the past year.

But Chen Rui said that station B has been going through the process of breaking the circle in the past 12 years. That is to say, every derivation of a category, from the second dimension of animation, to the rise of the game category, to the following diversified categories such as technology, life, fashion, and Vlog. Today, there are more than 1,000 categories of content in station B.

So, is there a boundary for exiting the circle at station B? From the minority to the public, to what extent will Station B eventually become popular?

In terms of the proportion of two-dimensional users, Chen Rui revealed in an interview that two-dimensional users initially accounted for more than half of the users of station B, but now they only account for about 20%. “But the second dimension is still a very important category for us.”

Station B hopes that more creators will enter the ecology of Station B and have enough content to satisfy more users.

In this regard, Li Ni, the chief operating officer of station B, believes that everyone has their own Bilibili in their minds. Those who like skiing will think station B is a place where they like sports; those who like to watch cartoons think station B is second. A place where dimensions gather; those who like to watch documentaries will find that there are many excellent documentaries here. “There are 10,000 Bilibili in the minds of 10,000 people. The videos that users are interested in are all at station B. We still hope to reach out to people who don’t know Bilibili through the stage, phenomenon, content category, and certain aspects. Person:’It turns out that station B is like this’.”

This is the best way for managers to speed up breaking the circle through diversified content and move towards popularization.

However, leaving the circle also means that Station B has changed from operating a small circle and two-dimensional users in the past to a post-85 group of all kinds and fields.

Station B is faced with various fierce “wars” that have erupted due to various cultural conflicts and cognitive conflicts among users. The challenge has grown.

For example, behind the removal of “Rebirth without a Job” is the controversy and conflict caused by the collision with the mainstream culture after the otaku culture and subculture where the second dimension is located. Station B needs to make some trade-offs, choosing to stand on the level of popular values ​​or on the side of minority culture. 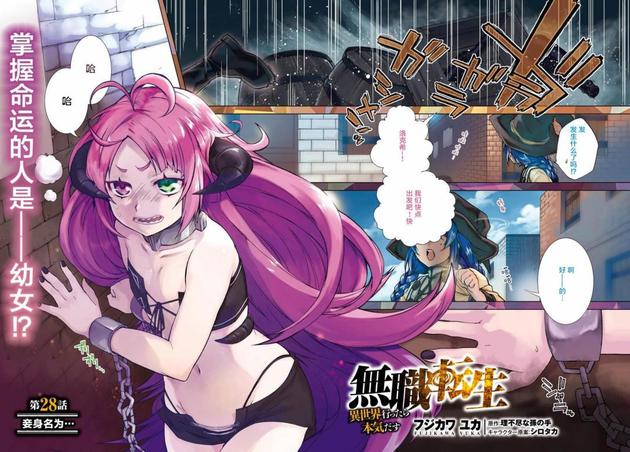 Picture from the Internet

On the other hand, PUGV’s content playback volume occupies 91% of the B station. With the increase in users, many users turn into producers, the number of UPs increases, and the content becomes more diversified. This also gives the B station’s community and Content operation brings great challenges.

The entry of new groups will inevitably challenge the old community order. For station B, how to maintain the tone of the community atmosphere and expand outwards to meet the needs of more circle users and meet the tastes of the general public. It may not be available for the time being. decided.

If defined in terms of important nodes, station B has two broken circles. The second time was 2020, and the first time was Chen Rui as an investor, invited by Xu Yi, the founder of Station B, to join Station B.

In 2014, the joining of Chen Rui brought a certain amount of funds and resources to station B, and also promoted the subsequent commercialization. This should be one of the most important nodes in the development history of Station B. As a sentimental businessman, the B station under the helm of Chen Rui has changed from a small broken station to a more comprehensive cultural community and video website today, and it has also landed on the capital market for the second time as a listed company. Chen Rui is the “Mr. Key” in the growth of Station B.

But at the same time, as an Internet veteran, Chen Rui is very clear about the competitive environment of China’s Internet and the challenges faced by Station B.

Station B has gone through a niche road for 12 years. Today, it is facing multi-faceted competition from long video website You Aiteng to short video platforms Douyin, Kuaishou, and Huya Douyu.

In contrast, its advantage is the cultural foundation of the two-dimensional. In order to maintain this feature, station B spends a lot of money to purchase the copyright of the fan drama, incentivize creators to create, self-produce content, and win the game live broadcast rights. This is also related to its continuous loss-in 2020, the net loss of station B will increase from The 1.3 billion yuan in 2019 expanded to 3.1 billion yuan.

“The Internet in China is a place where competition is extremely fierce, even a place where there is no bottom line. How can we survive the fierce Internet competition in the next few years? To verify that a company that insists on doing the right things can finally do a lot, Well done, this can be considered a challenge for me.” Regarding the challenge, Chen Rui said frankly.

Although for Internet innovation companies in a period of rapid growth, losses are not new, the market looks at their development potential. In addition to the loss, last year B station had a large increase in users and revenue.

However, in addition to the second dimension, it is still difficult for Station B to be big and well done. After all, business development must continue to reach and challenge the hinterland of competing products. For example, digging and competing with the watermelon video around the main UP. The 1.9 million monthly UP is the core asset of station B.

In addition, for the commercialization of station B to expand to an ideal scale without harming users, Chen Rui still needs to practice a certain “trade-off technique.”

Entering the stock market of China’s Internet traffic, the fight will become more intense. Can Station B and Chen Rui, with a little sentiment and a sea of ​​stars, be able to overcome obstacles and accomplish small goals in the next few years?