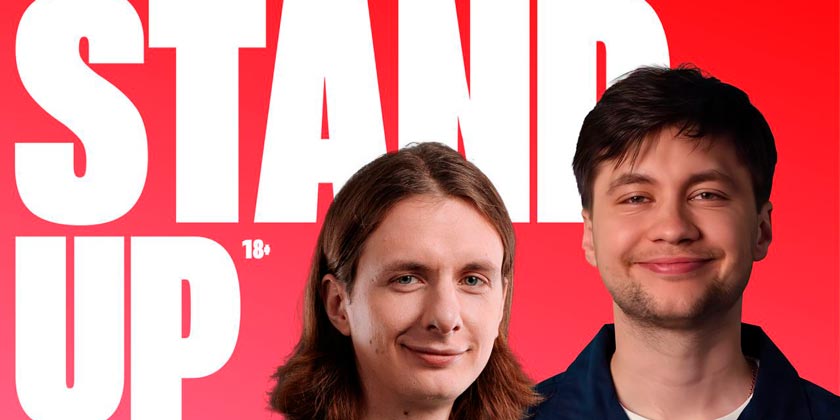 Dima and Lesha are talented and original comedians who have found their audience in underground clubs and on TV. Representatives of the “new stand-up”, participants of many television and YouTube shows will perform in Israel with two concerts, which will be held on September 20 and 22.

Dima Gavrilov is a resident of Stand Up club # 1, a participant in the Stand-Up show on TNT, Prozharka on TNT4, as well as the host of his own podcast Dima Gavrilov thinks. Dima is an experienced comedian who has long occupied his niche in stand-up: tough humor, unique presentation and incredible charisma.

Alexey Shamutilo is an incredible comedian who has received recognition both in television stand-up and in the underground. Winner of the Open Microphone show on TNT, participant of the StandUp show on TNT, resident of Stand Up club # 1, Comedy Battle, Roast Battle Labelcom and many other projects.

*Published as advertising. Text and photo provided by the customer.

We remind you: Publications are not a recommendation for action. All texts, informational and / or consulting, as well as photographs, video materials and graphic elements published on the Details website are not a recommendation for financial transactions, medical procedures or any other actions by the user. The Details website is not responsible for the actions of the user, regardless of their motives.

See also  Kendrick Lamar in concert at the Accor Arena on October 21, 2022