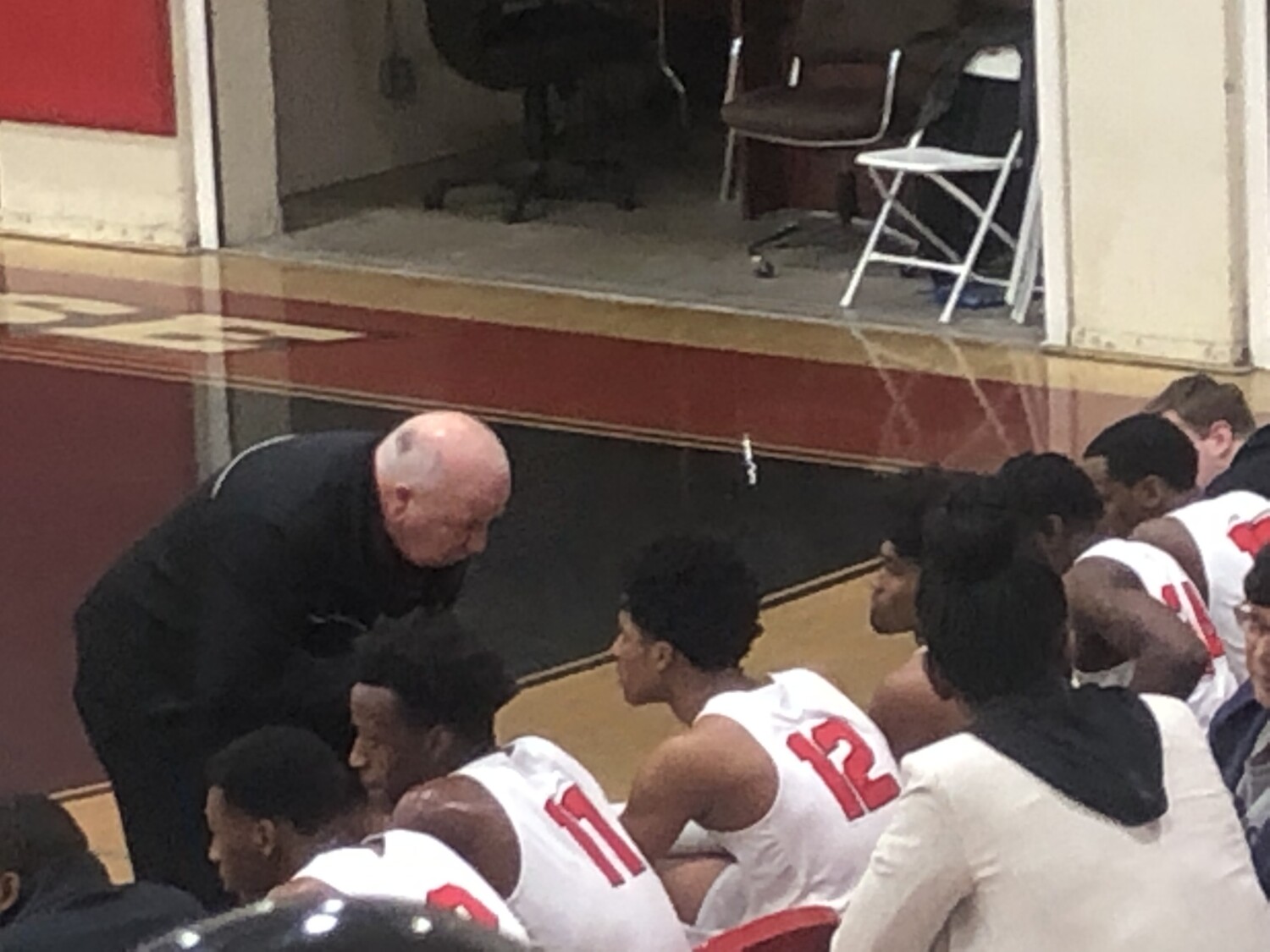 During a timeout in the third quarter of Westchester’s game against Palisades on Monday, the 6-foot-9-inch center Marland Harris disagreed with something Coach Ed Azzam said. He grimaced as if he were frustrated. Soon Harris was taken out of the game and sitting on a chair while Azzam knelt and gave him advice.

“Listen, don’t talk,” was the message that Azzam, the most winning coach in the history of the City Section, was trying to convey.

Harris returned in the fourth quarter and recorded two dumps. He finished with 11 points in the Westchester 73-47 victory in the West League.

Comets (10-6, 2-1) are not classified and have been largely forgotten in the middle of an open race to win a title of Open City Division, but it is better to consider Comets as a work in progress .

“He wouldn’t be training,” Azzam said when asked if he was convinced his team was in the title mix.

Harris and Angel Corona 6-7, who didn’t play because of an injury, give Westchester something that no other team in the City is _ size. If they solve things, be careful.

“We have a powerful internal game,” said Azzam. “We simply have not learned to use it.”

If the Comets can create a consistent internal game, it will help open opportunities for junior guard TJ Wainwright, who does not miss the open shots. It had a slow start but ended with 15 points.

Palisades (7-7, 2-2) has not beaten Westchester since the 1996 season. The Dolphins received 11 points from Graham Alphson.

In the West Valley League, Taft continued its rise and Birmingham continued its decline. Taft opened a 35-9 lead and defeated the Patriots 72-53. Ramel Lloyd scored 29 points.

In the East Valley League, Poly defeated Grant 57-51. Joshua Gregorio had 21 points for Poly, who is 3-0 in the league. Aviv Hazan had 15 points for Grant.