New uniforms
Sneakers instead of high heels: Airline shows what modern flight crew can look like

The Ukrainian airline Sky Up has presented new uniforms for its flight attendants. The approach represents a modern role model.

Flight attendants traditionally wear skirts and heels, but that was no longer up-to-date for the Ukrainian low-cost airline Sky Up. The airline presented the new uniforms of its flight crew this week. The flight attendants will therefore be wearing orange pantsuits and white sneakers from autumn. The hairstyle regulations have also been relaxed.

Sky Up emphasizes that the new uniforms are not only stylish and cozy, but also an expression of a new vision. “Times have changed, women have changed,” says Skyup Marketing Manager Marianna Grigorash. Instead of the conservative, classic look with heels, red lipstick and bun, they rely on the modern image of a “champion”, as the airline calls its employees. “Freedom, natural beauty, individuality, no stencils and sneakers that everyone would like to fly in.” 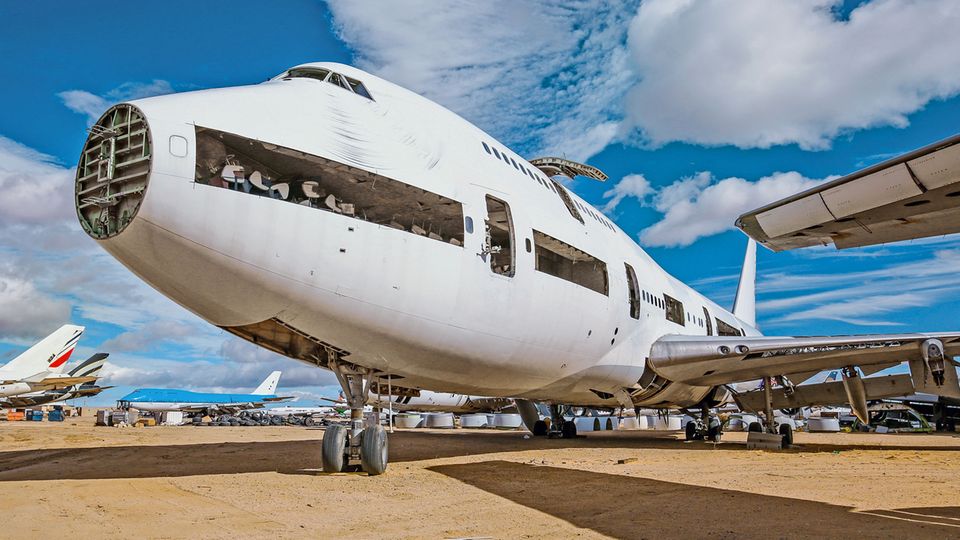 Image 1 of 10 of the photo gallery to click: Slashed and cannibalized: The last hour has already struck for this Boeing 747 in an aircraft graveyard in the American West. The weather radar was dismantled at the bow; inside, old seats are piled up in the front section.

There are sneakers in Iceland too

Sky Up is a Ukrainian charter and low-cost airline based in Kiev. The airline, founded in 2016, currently has a fleet of twelve Boeing 737s with 149 to 215 seats. By 2022 there should be 18 planes. Sky Up flies to various destinations in Europe as well as Saudi Arabia and Dubai. Flights to Germany have also been announced, but none can be found in the current flight schedule.

Airlines usually have strict, classic regulations with regard to clothing, hairstyle and make-up. Trouser suits are also approved for women by other airlines, but heels are usually still a must. Even more stylish than the staff at Sky Up are probably only the employees of the small Icelandic airline Play, which launched this summer. There they not only pose in white sneakers and cool suits, but also with red sunglasses.