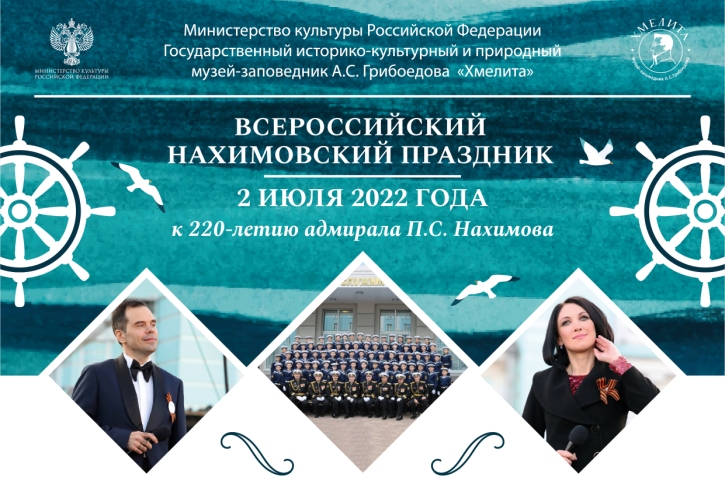 On July 2, in Khmelit, Smolensk region, the All-Russian Nakhimov holiday will be held, timed to coincide with the 220th anniversary of Admiral PS Nakhimov. The territory of the museum-reserve “Khmelita” will once again become a platform for the holiday.

The future Admiral Pyotr Nakhimov was born in the village of Gorodok, twenty kilometers from the Griboyedovs’ estate.

This year the program will begin at noon with the raising of the St. Andrew’s flag at the Museum of P. S. Nakhimov. Then the official opening ceremony will take place: a greeting from the public organization of admirals and generals of the Navy “Admirals’ Club” will sound.

In addition, there will be a musical performance “Vivat, Nakhimov!” with the participation of soloists of the Mosconcert and Honorary Artist of Moscow Irina Sukhanova, laureate of international competitions Alexander Gladkov and the Feel-Style Band, students of the Nakhimov Naval School and the Rising Stars ensemble. The performance was created specifically for the Nakhimov holiday.

The program also includes the opening of the exhibitions “The Amazing World of Models” and “Midshipmen, Forward, Nakhimov Ball” with the participation of students from the Nakhimov Naval School in St. Petersburg and the Rising Stars Ballroom and Modern Dance Ensemble from Vyazma.

Master classes in painting, drawing and printing on fabric from teachers of the Moscow Academic Art School (MAHU) are planned.

During the holiday, summer cafes, a fair and sale of folk crafts will operate on the territory of the museum-reserve. 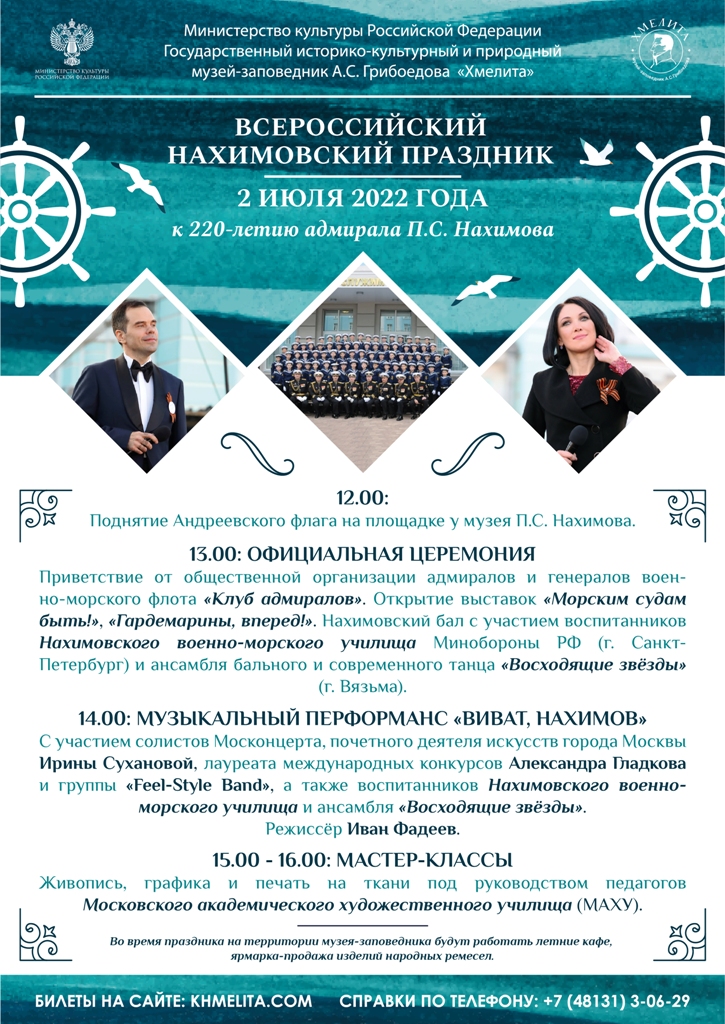 Photo: provided by the Khmelita Museum-Reserve