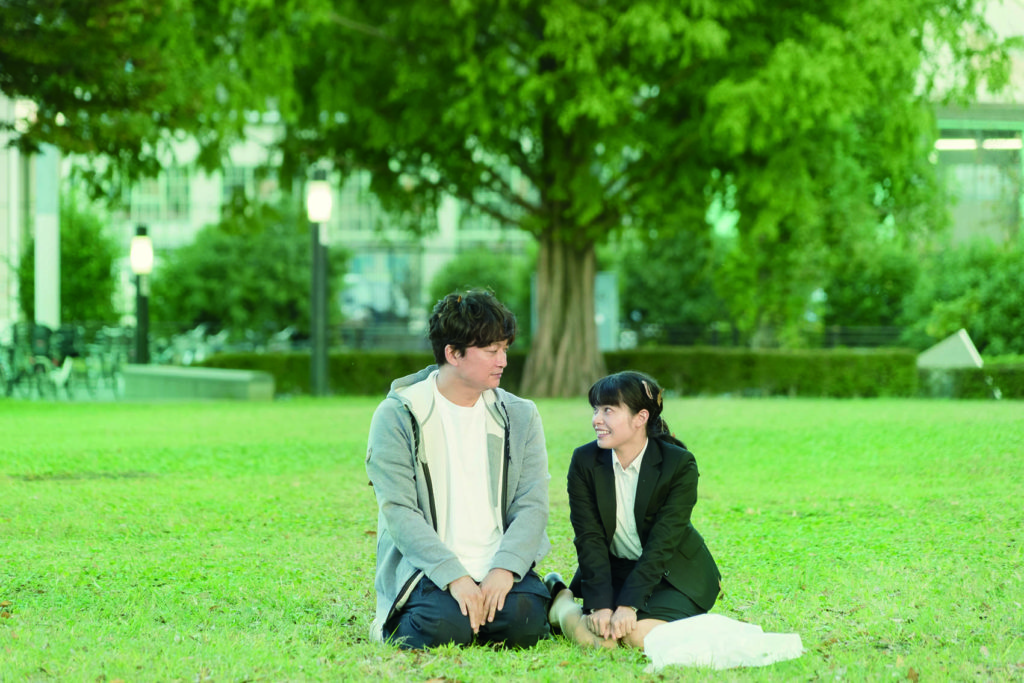 Shingo Katori starred for the first time in three years since “Nagimachi”, and Yukino Kishii, who has become an indispensable actress in the Japanese movie world, co-starred as the heroine, and also Kai Inowaki, Koji Matoba, Hidekazu Majima, Kitaro, Miyoko Asada, Kimiko Yo, and other unique and talented casts will be on the side, and Masahide Ichii will direct and original script the new movie “Dog doesn’t eat Charlie, but Charlie laughs” today on September 23 (Friday / holiday). Released, the main video of the scene where Yujiro, played by Katori, meets Hiyori, played by Kishii, at the home center where he works has been lifted.

The main video that has been released this time is the scene where Yujiro (Shingo Katori) and Hiyori (Yukino Kishii) meet. The video begins with Yujiro helping Hiyori, who is in trouble because she can’t reach the product she wants. When Hiyori tries to return to his post, but Hiyori asks a lot of questions about the product, Yujiro shows a perfect explanation of the product using gestures without making a disgusting face! The polite and easy-to-understand explanation makes Hiyori smile unintentionally, and Yujiro is lured back by the smile, which is an indescribably warm scene.
In the photo of the date scene of the two before marriage, which has already been lifted, the appearance of facing each other and shyly has been praised as “cute!”.

And this time the ban will be lifted for the first time, one frame at the wedding of such two people. Yujiro’s workplace manager Urashima (Koji Matoba), his junior Wakatsuki (Kai Inowaki), and Minoyama-san (Kimiko Yo), a colleague who would later introduce “husband Death Note” to Yujiro. ! Two people who were naive when they first met, but over time developed into a “hardcore”, which is terrifying. What kind of life would the two of them lead after this, and would Hiyori be unable to say what she wanted to say to the extent that she would write complaints in the “Husband’s Death Note” instead of directly?
Please take a look at the continuation of the life of such two people on the big screen!