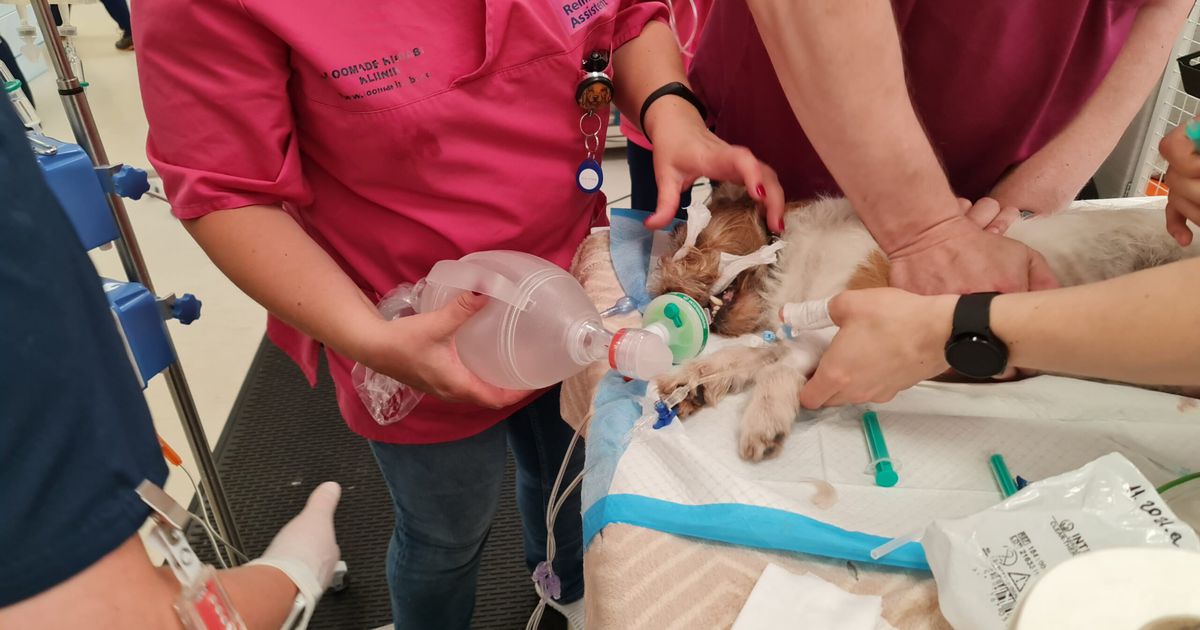 Five more dogs, which suffered relatively minor injuries, were also taken to a veterinary clinic for a health check.

Two other heavy dogs managed to be stabilized. One of them has difficulty breathing, so she must be in an incubator. Of the five other dogs, the one that suffered the most was the one that had an eye wound, but she was already able to go home for the night with the other four.

“In the morning I immediately called the clinic and both Tristal and Suzanne (two dogs in serious condition – ed.) survived the night,” Wallner said. He added that Tristal, with the fracture, would probably go home to await surgery, while Suzanne still needed to be looked after by veterinarians.

Valner also contacted the son of the injured woman and, fortunately, she is doing relatively well: yesterday there was one operation, today there will be another.

The Animal Rescue Group wants to help the family treat their dogs. “Of course, we need your help for this, as this will probably be the most expensive project for us this year,” he wrote. – Some will think that since the owner is, then this is his problem. But just think, close your eyes and imagine that you are lying in a hospital bed and all the problems fall on the shoulders of your still young child.

The Animal Rescue Group asks for support for the treatment of dogs: