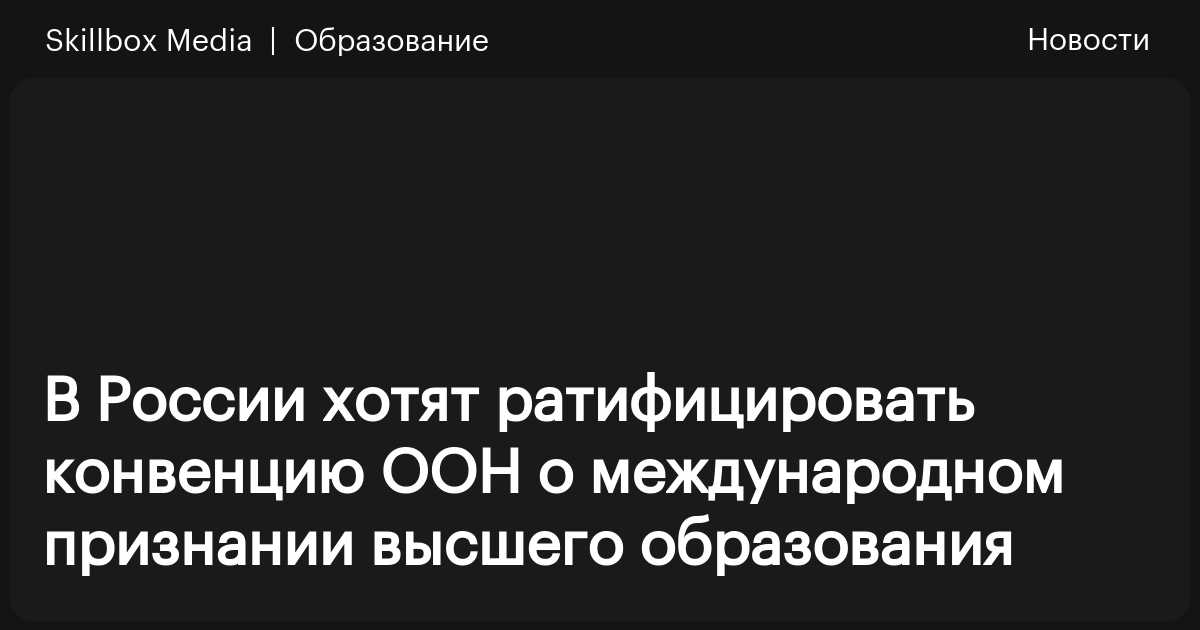 The Global Convention on the Recognition of Qualifications Relating to Higher Education was adopted on November 25, 2019 at the 40th session of the General Conference of the United Nations Educational, Scientific and Cultural Organization. The committee for the preparation of this document also included Russian experts.

The Convention was the first UN global treaty on higher education – previously only UNESCO regional conventions were in force. So far, only ten countries have recognized the document as mandatory – Norway, France, Romania, Estonia, Croatia, the Holy See (Vatican), Lithuania, Armenia, Nicaragua and Tunisia. But in the future, as noted in the explanatory note to the draft law submitted to the State Duma, more than 190 UNESCO member states may become parties to the convention.

Ratification of the convention will not mean that all Russian higher education diplomas will be recognized in UNESCO countries. Existing agreements on the recognition of qualifications will also remain in force. The document only sets the general principles and normative framework in which it will be easier for the states that have ratified the convention to develop bilateral agreements.

In general, the global convention aims to expand access to higher education and encourages the mutual recognition of qualifications. The Convention recognizes that sometimes full recognition of qualifications obtained abroad is not possible – this, for example, works if there are significant differences between training programs in different countries that do not allow continuing education in this profile or working in a relevant profession in a new country.

But in cases where there are no significant differences, international evaluation and recognition is possible. It is even possible to recognize qualifications gained in non-formal or informal learning based on the same criteria as traditional diplomas. Incomplete education received abroad may also be recognized. These and other provisions of the convention make it easier, in particular, to recognize the qualifications of refugees.

It is assumed that the ratification of the UN Convention will make it possible to realize the goals of Russian national projects for the development of science and education.

“The ratification of the Global Convention will help reduce administrative barriers in the field of recognition through the use of uniform transparent criteria for assessing cross-border education, qualifications and academic degrees, which will lead to an increase in the share of foreign students and highly qualified personnel,” the explanatory note to the bill says.

The State Duma will consider the bill in the autumn session, presumably in October. After the ratification of the convention, a representative of Russia will enter the intergovernmental conference of the states participating in it.