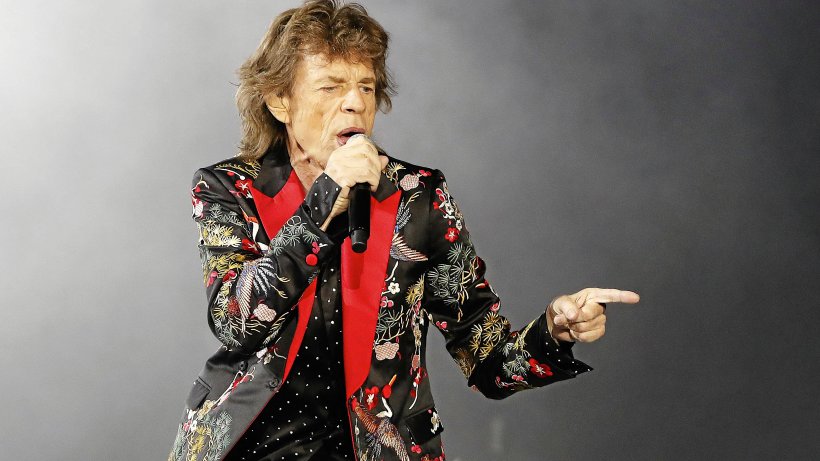 Rolling Stones live in Berlin 2022 – what fans need to know

The Rolling Stones are coming to Berlin for a concert on August 3, 2022. All information about the concert, tickets & date.

This news is causing enthusiasm among many rock fans in Berlin: The Rolling Stones are coming to the Berlin Waldbühne for an additional concert as part of their big “SIXTY” European tour. Mick Jagger, Keith Richards and Ron Wood are extending their European tour to mark the band’s 60th anniversary by one concert and will be playing on August 3, 2022 at the Waldbühne.

In addition to newer songs, the Stones will also be bringing a selection of their best-known pieces such as “Paint It Black”, “Sympathy for the Devil” and “Satisfaction” with them for their Berlin performance. The Rolling Stones will be joined on stage by Steve Jordan (drums), Chuck Leavell (keyboards), Darryl Jones (bass), Tim Ries & Karl Denson (horns), Matt Clifford (keyboards) and singers Bernard Fowler and Sasha Allen.

Where will the Rolling Stones perform?

The open-air concert will take place in the Waldbühne (Glockenturmstraße 1, 14053 Berlin). The open-air stage offers regular space for around 22,000 spectators. The Stones have a very special relationship with the Waldbühne: at the first Stones concert in Berlin, unbelievable 57 years ago in September 1965, the band left a “lasting” impression – at least from the point of view of the authorities. They performed there two more times, in 1982 and 2014.

Are there still tickets for the concert?

Advance sales for the Rolling Stones concert in the Berlin Waldbühne start on Wednesday, June 29, 2022 at 12 p.m. on the portal of the ticket dealer Eventim. Around 20,000 tickets are to be offered. Information on ticket prices is not yet available. For orientation: On the “Sixty” tour, tickets for Stones concerts at other venues are currently being sold from 205.65 euros. Special tickets are available from 539 euros.

The demand for tickets for the Rolling Stones’ additional show in Berlin should be huge. Here’s how you can use a few simple tricks to increase your chances of getting tickets: Rolling Stones: How to get tickets

Are there any other concerts in Germany?

Before the concert in Berlin’s Waldbühne, there will be another Rolling Stones stadium concert in Gelsenkirchen (on July 27, 2022 in the Veltins Arena) – for which there are still a few remaining tickets available.

When does Berlin start?

Which songs will the Rolling Stones play in Berlin?

As befits the band’s 60th anniversary, the Stones have prepared a touring suitcase brimming with hits, classics and personal favorites – with songs like “Gimme Shelter”, “Paint It Black”, “Jumpin’ Jack Flash”, “Tumbling Dice”, “(I Can’t Get No) Satisfaction”, “Start Me Up” and many more. But it wouldn’t really be a Rolling Stones concert if there weren’t some musical surprises at every venue. The band played these songs as part of the “Sixty” tour at their performance in Munich in June 2022:

How will be the weather?

>>>Here you will find the current weather for Berlin<<

Are there hygiene rules when visiting the Waldbühne?

All events take place in compliance with the current legal regulations: The respective organizers ensure that the hygiene measures are always monitored and observed.

Here you will find the latest information on the hygiene concept of the Waldbühne.

In general: If you feel sick or even have symptoms that indicate a Covid-19 disease, please stay at home!

What is the best way to get to the Waldbühne?

Fans who want to attend the concert should leave their car where it is best: There is only a limited number of parking spaces around the Waldbühne. Apart from that, there can be long waiting times when leaving after the concert. Even those coming from outside should park their car on the outskirts or in the city center and take the underground (U2, stop Olympiastadion), bus (M49 or 218, stop Ragniter Allee or Scholzplatz) or S-Bahn (S5, stop Pichelsberg) change.

What can you bring to the Waldbühne?

One non-alcoholic drink per person in a plastic bottle or Tetra-Pak up to a maximum of 0.5 liters is permitted. In addition, seat cushions and blankets and a bag or backpack up to a size of DIN A4 (20×30 centimeters). It is possible to carry necessary medical equipment and medicines with the appropriate proof via the wheelchair user entrance (to the right of the main entrance). Bags and rucksacks larger than DIN A4 are not permitted, bulky items of any kind such as suitcases, baskets, helmets, prams, stick umbrellas, selfie sticks and the like, food and snacks and technical equipment such as notebooks, tablets, video, photo and sound recording devices exception of mobile phones.

Here you will find further information on the entry regulations for the Waldbühne.