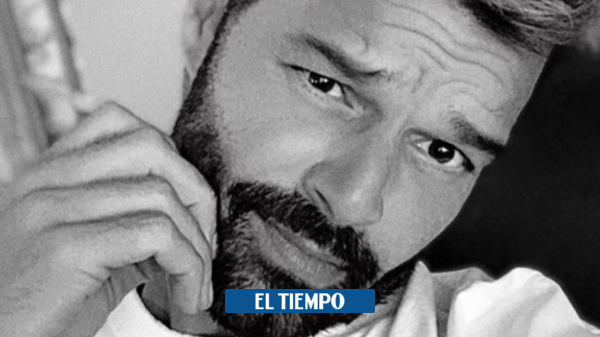 Famous for songs like ‘Livin’ la vida loca’, ‘Vuelve’, ‘María’, ‘Vente pa’ ca’ or ‘La mordidita’, among others, Ricky Martin, 50, landed to reunite with his audience, in two days of music and good memories.

The Puerto Rican arrives with his new production, ‘Play’, which includes songs like ‘Acid flavor’, ‘Another night in LA’, ‘Sometimes well and sometimes wrong’as well as his ability to continue in force after more than 35 years of career, which began in the Menudo group.

A soloist since 1991, he has had a stable career and after his show on November 24 sold out, a new date was opened for the 23rd.

(You may want to read: The glory days of Pablo Milanés)

Martin was at the Carnival of Barranquilla in 2020 and the Vallenato Festival in 2018.

In an interview for Caracol Radio, Martin stated that in addition to eating ajiaco, one of his favorite dishes, he hopes to have “several days off to be able to go out in the city a bit and visit some friends.”

(It may interest you: Charlie Watts is resurrected in bookstores in two biographies)

He added about his presentations that “What is coming is a good party, obviously uniting all the cultures that have accompanied me through the years with my music, it is a sure success, in the sense that everyone is going to have a good time, we will remember old times, but at the same time we will dance a lot”.

See also  Criticism of the concert of Lola Indigo: A video clip in the nursery