From 50,000 to 6,000 years ago, many of the world’s largest animals, including iconic grassland grazing animals such as woolly mammoths, giant bisons and ancient horses, disappeared.According to a new study led by Yale University, the disappearance of these grazing species has triggered a dramatic increase in fire activity on the world’s grasslands., The research will be published in the journal Science on November 26. In collaboration with the Utah Museum of Natural History, scientists at Yale University compiled a list of extinct large mammals on four continents and the approximate date of their extinction. Data show that South America has lost the most herbivores (83% of all species), followed by North America (68%). These losses are significantly higher than Australia (44%) and Africa (22%).

They then compared these findings with records of fire activity shown in lake sediments. Researchers used charcoal records from 410 locations around the world to provide historical records of fire activities in various continents and regions. They found that fire activities increased after the extinction of giant herbivores. Continents that lost more herbivores (South America and then North America) saw a larger increase in fire range, while the grassland fire activity on continents with lower extinction rates (Australia and Africa) remained unchanged. 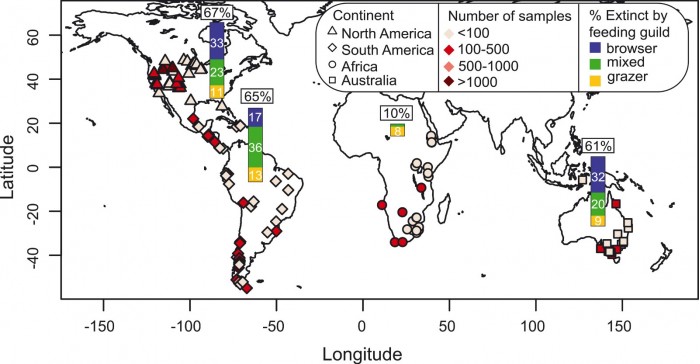 Allison Karp, a postdoctoral fellow in the Department of Ecology and Evolutionary Biology at Yale University and the corresponding author of the paper, said: “These extinctions have led to a series of consequences. Studying these effects helps us understand how herbivores shape today’s global ecology.”

The widespread extinction of giant herbivores has had a major impact-from the collapse of carnivores to the loss of fruit trees that once relied on herbivores for transmission. But Karp and senior author Carla Staver, associate professor of ecology and evolutionary biology at Yale School of Arts and Sciences want to know whether fire activity in the world’s ecosystems is also increasing, especially due to the disappearance of giant herbivores leading to dry grass, leaves or wood. Of accumulation. They found that grass-fired fires have increased on the grasslands.

See also  Red fire ants have spread to 435 counties and cities in my country: biting people and animals will also attack car engines-Warning!-cnBeta.COM 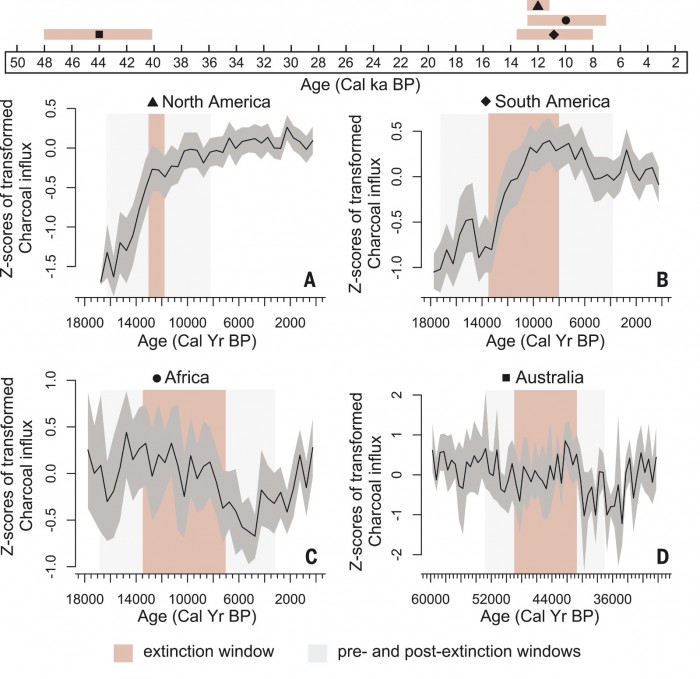 However, Karp and Staver pointed out that many ancient species (such as mastodons, double incisors, and giant sloths, which forage on bushes and trees in forest areas) also became extinct during the same period, but their loss had a significant impact on the forest area. The impact of the fire is small.

Due to the loss of herbivores and the increase in fires, grassland ecosystems around the world have changed after the loss of forage tolerant grasses. New herbivores, including livestock, eventually adapted to the new ecosystem.

The authors say this is why scientists should consider the role of grazing livestock and wild herders in fire mitigation and climate change. Staver said: “This work really emphasizes how important herbivores can be in shaping fire activity. If we want to accurately predict the future of fires, we need to pay close attention to these interactions.”