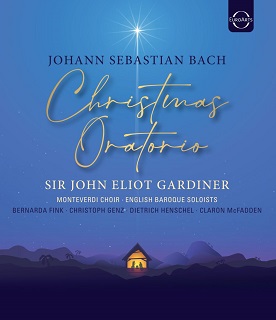 Bach’s masterpiece “Christmas Oratorio” consists of 6 cantatas that are listened to by the landlord Gardiner. Gardiner visited churches in about 50 cities in Europe and the United States as a project to commemorate the 250th anniversary of Bach’s death.

This performance is a monumental concert that became the starting point of the pilgrimage trip. The Helderkirche in Weimar, where the film was recorded, was the place where Bach’s children were baptized and is known for the Cranach altarpiece. It perfectly captures Gardiner’s lucid interpretation, meticulously controlled choir, and deep devotional music. Gardiner’s passion, as well as his passion for the pilgrimage, move the audience.
In the documentary, Gardiner also recounts his thoughts on this pilgrimage.
Discontinued: 20.45094 (BD) / 20.45098 (DVD)
(King International)

See also  Dijázztic concerts with the Magua Quintet this Tuesday