Psychologist about fear of crisis: “fear, grief, anger are normal” 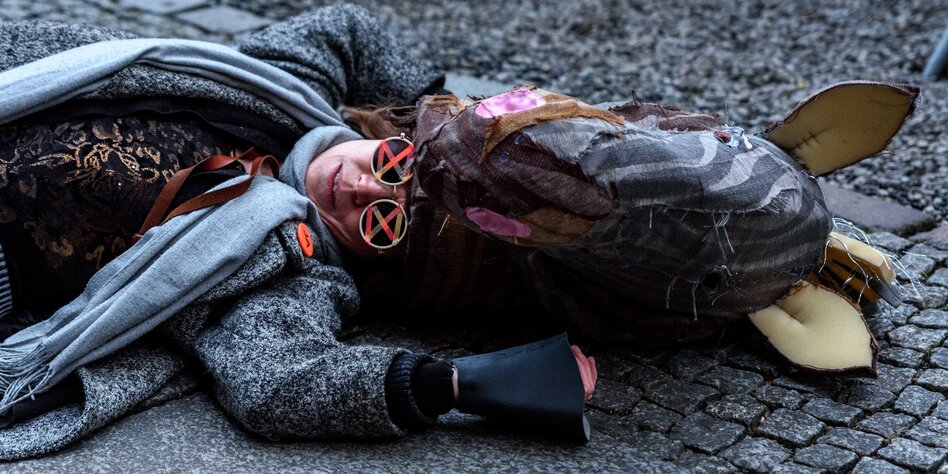 Anyone dealing with the climate crisis can get scared, says psychologist Katharina van Bronswijk. What to do with it

Go on and stay active even in Corona times Photo: Florian Boillot

taz: Ms. van Bronswijk, you are actually concerned with the question of how the climate crisis affects our mental health. But now we are in a completely different crisis, which is of great concern. Does the fear of the corona virus replace the fear of climate change?

Katharina van Bronswijk: There is actually a finite pool of worry psychological theory that says we have limited capacity for stressful issues and cannot worry about everything at the same time. Accordingly, we are primarily concerned with what we perceive as closer and more acute. For many, this is clearly the corona pandemic. But there are also people for whom the threat of climate change already feels very acute. They think the crises and possible solutions together. I find that very helpful. Of course, the worries also mix.

Katharina van Bronswijk works as a psychologist in Hamburg and is spokeswoman for the group “Psychologistis / Psychotherapists for Future”.

Fear of climate change, is it a mental disorder?

Climate anxiety or in English climate anxiety, these are words that you just hear a lot. However, the phenomenon is not new. Fear in response to climate change has been around since climate science began. But fear of the climate is not a diagnosis. As a psychologist, I can only say that there are all sorts of emotions that climate change can trigger: fear, grief, anger, frustration. Feeling these feelings is normal at first, even a bit healthy. We psychologists only see a need for treatment if it restricts someone to such an extent that they no longer get their everyday life regulated.

Do you think climate anxiety will soon be included in the catalog of mental disorders?

No. First, because the diagnoses are based on symptoms and not on the causes of a disorder. In the case of depression, for example, this would be a mood of indefiniteness lasting more than two weeks, not a loss of job. Second, because you are not immediately sick, just because you have uncomfortable feelings. As far as climate change is concerned, I don’t often see that fear leads to a disturbance. However, what can be – and there are already studies on this – is that climate change will lead to an increase in other mental disorders. But then it’s about post-traumatic stress disorders after disasters, for example.

A press spokesman for Fridays for Future told us that all the youngsters in the movement sometimes feel exhausted and depressed. Some stop. Does FFF break itself?

Climate activism is exhausting. It is completely normal to have a sag after organizing a major strike. Sleeping in helps and taking a well-deserved break. And of course climate change also makes us helpless because we as individuals cannot fully solve the problem. We are always dependent on others to participate. It in turn helps to not only look at the disaster reports, but also to look specifically for possible courses of action.

Psyche, colonialism, justice, racism: The climate hub of the taz investigates the question of how the various phenomena of our time are related to the climate crisis? This time: feelings. Starting today YouTube and Instagram.

Did the media fuel the phenomenon of climate fear last year?

We know from psychological studies that it is super important to have permanent reporting on the current situation. And to some extent it’s part of being honest and saying, yes, it’s serious and it can get really shit. But people react differently to something that they perceive as a danger. In psychology, one divides into the three reactions fight, flight and freeze, i.e. fight, flight and freeze. In terms of climate change, the best and actually the only long-term option is to go into battle. If this struggle has any chance of success, then we no longer need to talk about climate fear.

What exactly do you have to do?

Get active, deal with the question of what kind of society we want to live in. To do this, it would be helpful for the media to provide more positive reports on progress and point out options for action. And what I would still like to see from you: that we do not debate whether the climate movement now consists of nothing but hysterics, who are all sick, but that we actually find solutions to the problems that lie ahead.

How can society prepare mentally for the problems we are facing?

First of all, we all have to learn how to deal with our own feelings more mature. The very first step is to first accept that unpleasant feelings are part of life and not to fight against them internally, but rather to talk to others about them. And then, of course, the question is, how will we deal with it when it gets critical? There will be resource constraints. People will have to leave their homes and move somewhere else. Do we become selfish and start buying hamsters? Or do we get it organized differently. When dealing with Corona it is clear that people can also show solidarity and take care of each other.

And if someone is doing badly because of the climate crisis, can they turn to the Psychologists for Future?

Sure, you can email us at [email protected] Even before you have the feeling that you can’t do anything at all. We prefer to work preventively.