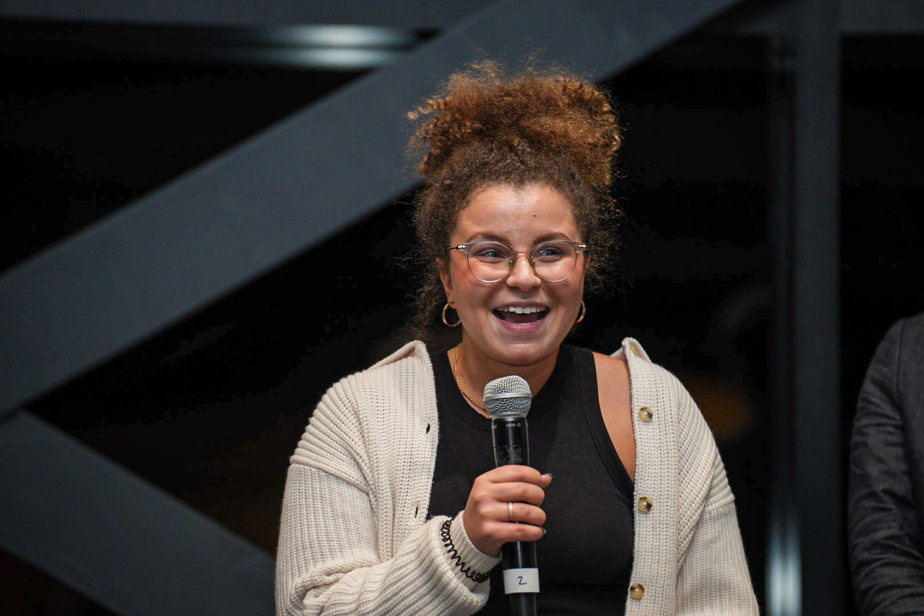 Journalist Mayssa Ferah is the winner of the Arthur-Prévost 2022 scholarship, awarded on Saturday as part of the annual congress of the Professional Federation of Journalists of Quebec (FPJQ), for her remarkable work in criminal and police affairs.

Refer to general information at The Press since 2019, Mayssa Ferah has specialized in the coverage of criminal and police affairs, including street gangs and gun violence in Greater Montreal.

“His reports stand out for their originality and relevance. His risk-taking on the ground allows him to approach social phenomena from new angles, ”wrote the FPJQ.

The Arthur-Prévost scholarship, launched in 2007, recognizes and rewards each year the work of a journalist at the start of his career, having accumulated less than five years of experience in the written press, who has distinguished himself in his profession. The winner receives $2,000, an amount financed by the bequest of renowned journalist Arthur Prévost.

The winner, who holds a bachelor’s degree in journalism from the University of Quebec in Montreal, earned her place last year in the list of “ten journalists who rise”, from the Quebec journalism magazine Thirty.

Mayssa richly deserves this recognition. Here is a journalist who stands out for her rigour, her courage and her great sensitivity, but above all for her remarkable work in the field. Mayssa is fearless, which allows her to present new aspects of the social phenomena she covers.

François Cardinal, the assistant editor of The Press

The scholarship was awarded on Saturday, November 5 during the annual convention of the FPJQ, which was held in Beaupré under the theme “Ceci n’est pas de la censure”.

Reached by telephone after the awards ceremony, Mayssa Ferah first thanked her work colleagues, whom she also considers to be “models”, highlighting in particular the contribution of journalists Daniel Renaud and David Santerre, as well as photographer Patrick Sanfaçon.

I have really amazing bosses who trusted me from day one and I had no experience. I have been entrusted with great responsibilities and I am truly grateful.

A mention was also attributed to the young journalist Clara Loiseau from Montreal Journal for his reporting on the issues of guns and abortion in the United States.

During the same evening, the Judith-Jasmin tribute prize was awarded to Bernard Derome to honor his career as a journalist and host.

Anchorman for the Radio-Canada newscast for more than 30 years, he also hosted the programs 5 out of 5 World et The great television adventure before being sent to Afghanistan in 2007 for a series of reports. He also received the Medal of Honor from the National Assembly of Quebec two years later.